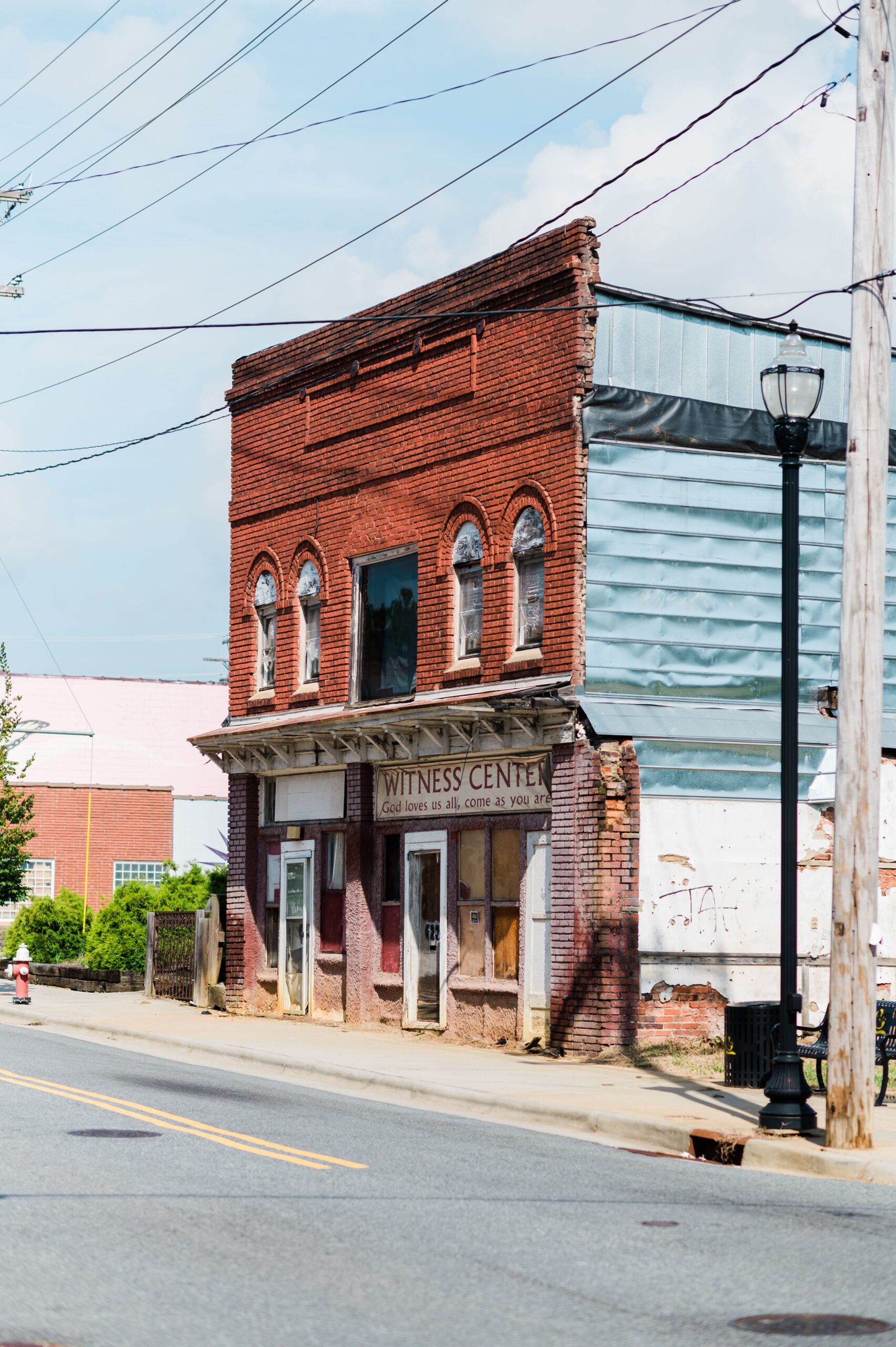 On 627 E. Washington St. stands a vacant lot. But just like most things in history, there is more to that vacant lot than what initially meets the eye. If we could go back in time, back to the Roaring 20s, and drive over to 627 E. Washington Street, we wouldn’t see a vacant lot, but instead, the Kilby Hotel. Built by John and Nannie Kilby more than 100 years ago, the Kilby Hotel was once known as a prominent Black-owned business in High Point. With its cathedral ceilings, winding hallways, and expensive china, the Kilby Hotel boarded guests from all over the country. And beside the Kilby Hotel stood (and still stands) the arcade building, a conjoined entertainment and nightclub venue to the hotel. If we could go back in time, we might see famous performers or guests coming and going at the arcade building on Washington Street, but for the most part, that will have to live in our imaginations, since the hotel was demolished in 2014 due to structural damage. 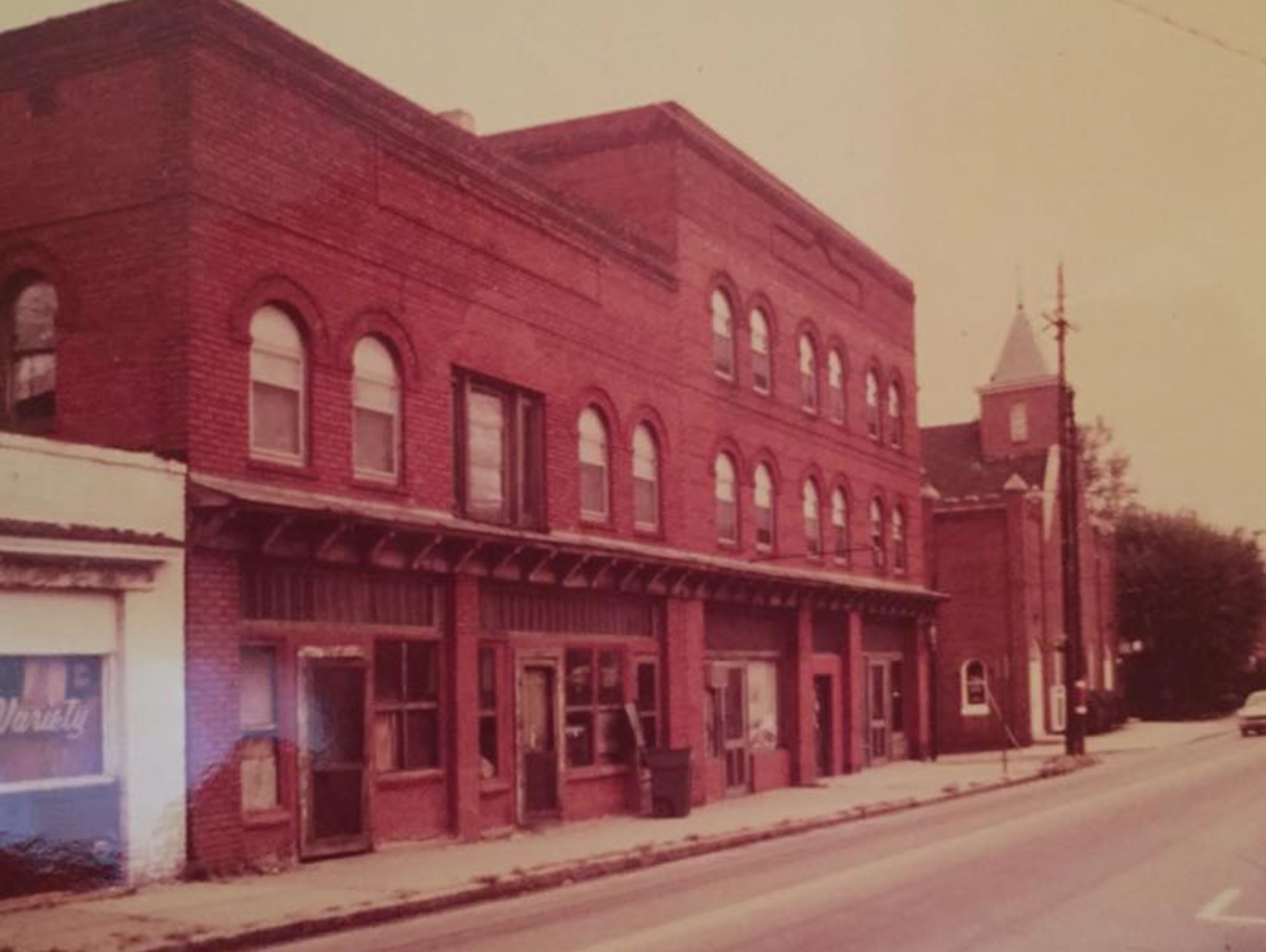 For Myra Williams, however, she doesn’t have to imagine what the Kilby Hotel looked like; she remembers.

“It was a maze in there,” she says. Myra, the great-great-great-granddaughter of John and Nannie Kilby, recalls how she and her sisters used to run through the Kilby buildings as children.

“There were staircases in the front and the back, and we used to get lost,” Myra remembers. “If you didn’t know where you were going, you’d have to stop and ask someone!”

And the buildings have a good reason for feeling maze-like, and it all goes back to the Green Book. 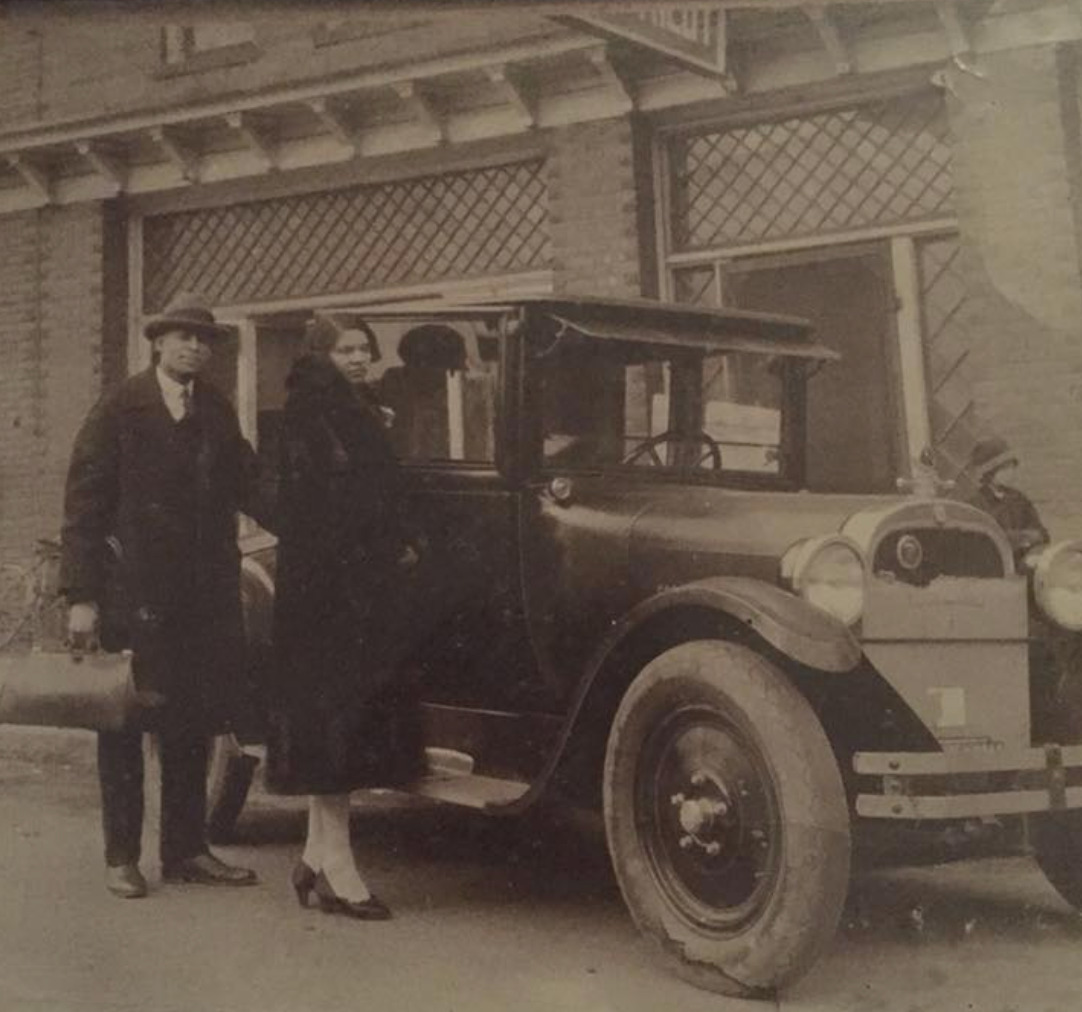 “During the time of the Jim Crow era, African Americans couldn’t be caught after sundown,” Myra says. She explains how many African Americans traveled with toilet paper, clothes, cookware, and more because they never knew when they might have to stop to hide.

“The Green Book was like an underground telephone book,” she explains. “It documented places for African Americans to be safe, to eat, or to stay over until the next day.”

The Kilby Hotel and arcade primarily boarded African American guests and was one of the stops that became well-known as a safe place to stay, get a warm meal, and enjoy a little entertainment. The maze-like structure was just an extra precaution to allow the guests to come and go more safely, or even journey from their hotel room to the arcade without having to step outside.

“The African American community used to be a city within a city,” Myra explains of High Point’s Black community back in those days. And while Myra wasn’t old enough to see the heyday of the Kilby Hotel or arcade building, she grew up entrenched in the family legacy.

Because Myra and her sisters grew up with their own mom pointing back to the life of the Kilby family foremothers. Nannie Kilby herself was not only a successful business owner in High Point, but a nurse, a hairdresser, and a fish seller. John and Nannie’s daughter, Ora, who placed the Kilby Hotel and arcade buildings in the Green Book, carried the legacy of the Kilby Hotel forward. By that time, the Kilby family name was well-known, not just on Washington Street, but throughout the city, and they advocated for change. 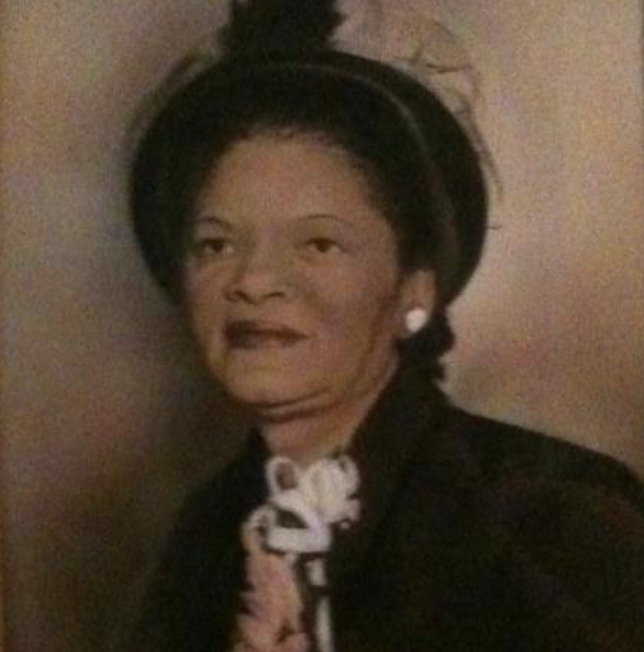 “I call them the pioneers,” Myra says, “because they would be able to talk to authority figures.” As advocates for the Washington Street community, the Kilby family used the level of respect they had earned to speak on behalf of needs in the Black community.

Myra’s grandmother, Marion McElrath, was known for her business management in the city. When Marion passed, Myra’s family received notes, thanking her grandmother for her wisdom and business consultation.

“She wasn’t just respected in the Triad, but all over the country,” Myra says. “We’re still opening the letters today.” She notes later how her ancestors didn’t just help People of Color, but people from every race, background, and walk of life. Marion also made sure her children and grandchildren understood how important it is to honor their past.

“She trained me how to talk about our family history,” Myra says. Marion, as well as Myra’s mother, Burnie, preserved the artifacts left behind by their family: from china cabinets to old photographs. It was Burnie who eventually secured the Kilby Hotel’s place on the National Register of Historic Places in the 1980s. And it was from Burnie’s pride in her family legacy and impact on High Point that Myra and her sisters first started to uncover their own history. 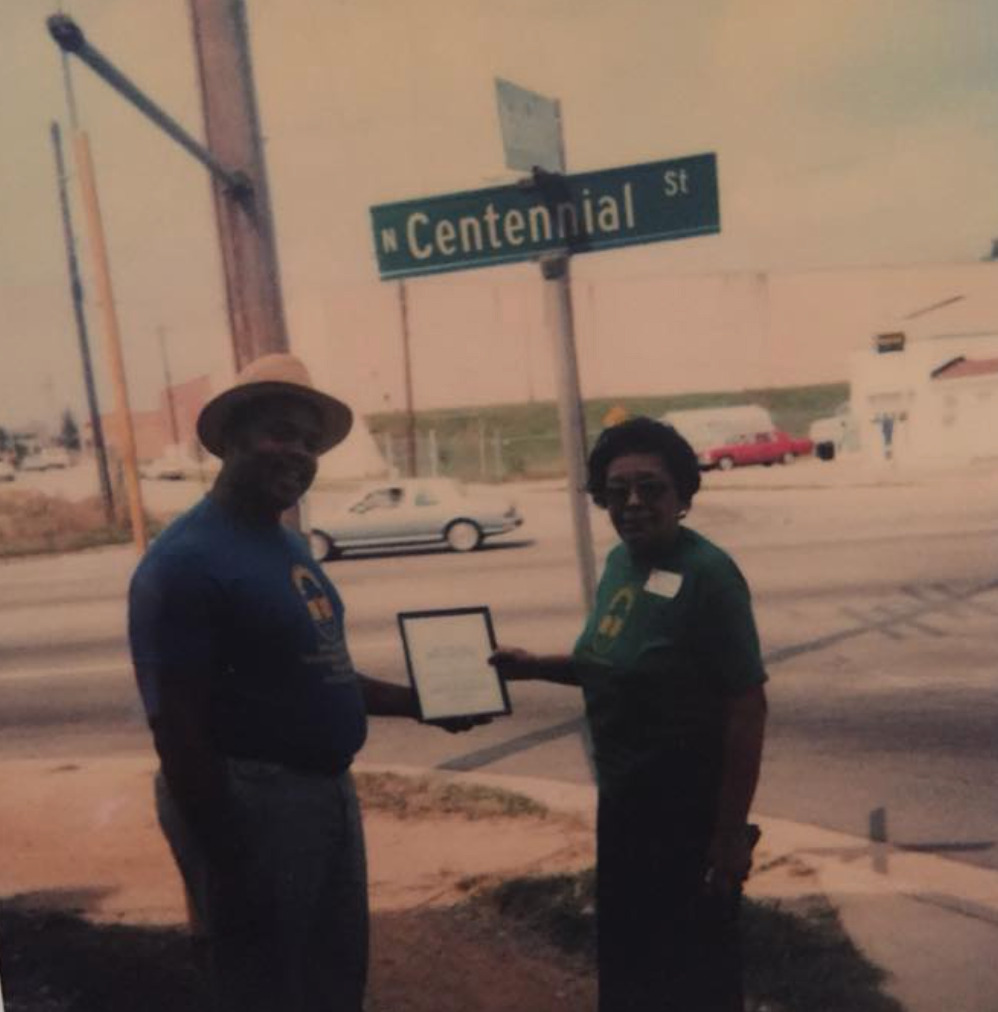 “We would ask, ‘Why does our furniture look different than our friends’ furniture?’” Myra recalls, describing their antique china cabinet with French doors. The cabinet, a relic from the glory days of the hotel, and all its fine china are just an everyday part of Myra’s childhood. But Burnie made sure the girls knew the story behind each set of dishes and each aged photograph.

“She would go around the house telling us the stories behind furniture and items and the history of what happened,” Myra says. Her mother, who remembers when High Point Theatre had segregated seating sections and when African Americans took action to walk out of the front of buses, taught her daughters about more than just china teacups though.

“She taught us not just about our family, but as a whole, she made sure we understand our heritage of Black history,” Myra explains. As a young student in school, Myra was outspoken about her pride in her family history and felt strongly from a young age that local history mattered just as much as national history.

“In school when the teachers asked me to write about someone from Black History Month, I said, ‘I know who I am going to talk about!’” But when Myra would try to submit a paper about one of her own ancestors, she was often encouraged to think about the more well-known names in history.

“My teachers would say, ‘Don’t you want to write about Frederick Douglas?’” Myra laughs. “But I didn’t know him! What about the local history? If you don’t talk about your local history, people wouldn’t know about their ancestors.”

To this day, Myra believes it’s her ancestors, and the ancestors of others in the Washington Street business community, who formed the foundation of her life. Because it wasn’t just the Kilby family working to earn equality and more rights; it was a true community effort. Myra shares how tight-knit the business community on Washington Street remains to this day. Families like the Haizlips, who founded Haizlip Funeral Home, and the Littles, who founded Little Dentistry, are still counted among Myra’s closest friends.

“We know their story just like they know ours,” Myra says. Growing up, seeing her grandparents form strong bonds with other families on Washington Street inspired the kind of relationships she still maintains with these friends who have become family.

“To this day, business owners on Washington Street are still family,” she says. “It’s no longer the 1800’s. It’s 2021, but we’re still trying to stay tight-knit… We’re all still telling our history.” 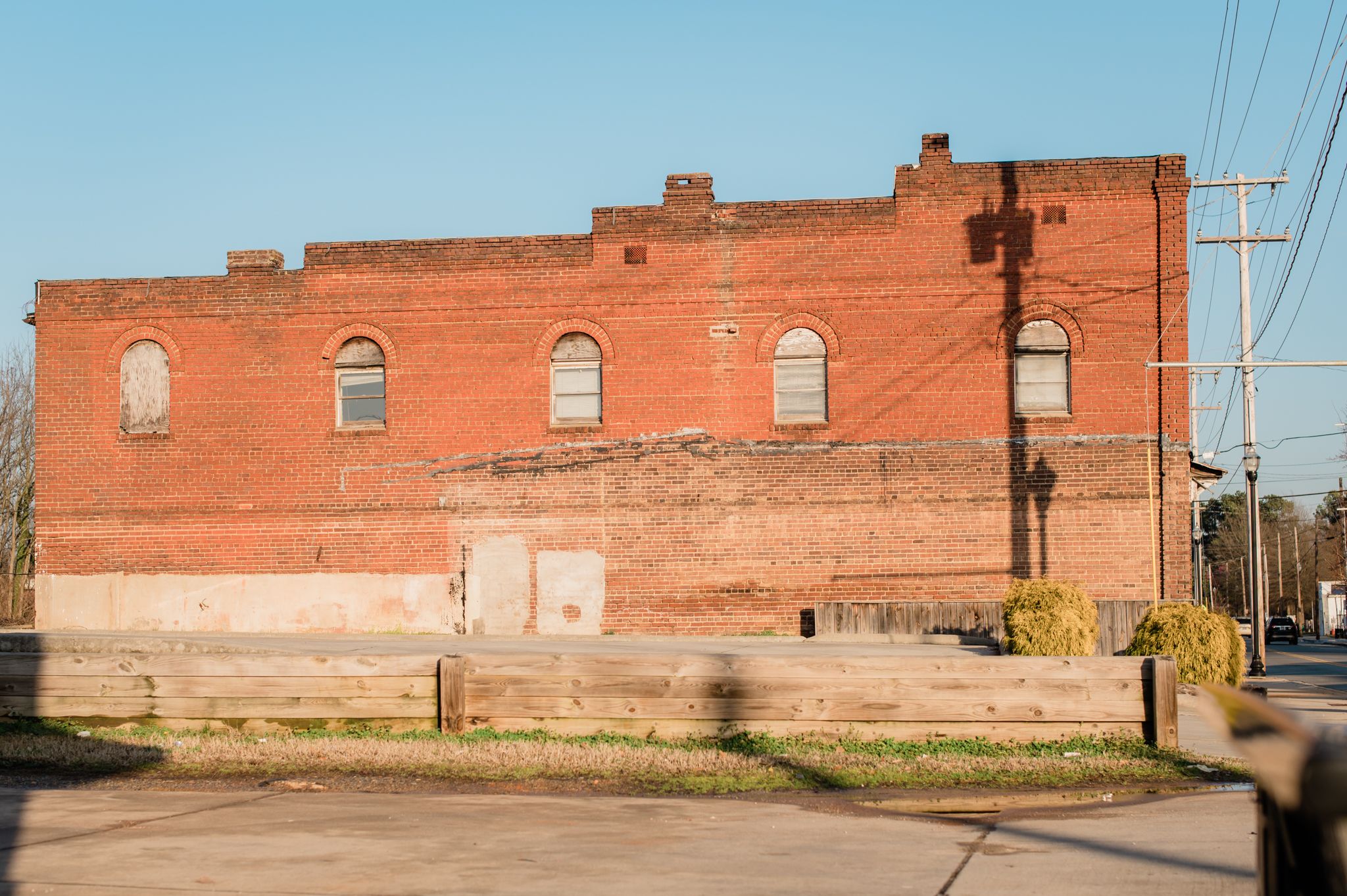 Now that the Kilby Hotel has fallen, Myra has seen an increase in historians wanting to hear the story of her family’s history.

“Historians call because the buildings and our family are such a mystery. They ask me, ‘What was your ancestors’ thought process?’” Myra says. “I can’t tell you, but I can tell you my thought process that mimics theirs. I’m pretty sure they were thinking about how to make a better living for themselves, their family, and their community.”

And while Myra may have been telling the history of her family since grade school, she now shares her love of family history with the next generations in the Kilby family.

Following in the footsteps of her mother and grandmother, Myra is often found at a family gathering educating her sister’s kids on the men and women who went before them. She says she wants them to learn about their history and Black history as a whole “the right way,” with real facts about the hardships their community has faced and the hard work of their ancestors.

Like her mother before her, Myra takes her family all the way back through Black history in America, from the tragedies of slavery to the triumphs of the Civil Rights Movement, to just how far the nation still has to go.

“You really need to know your history, know where it started, where it came from, and know this is where we are today,” she says. “If that didn’t happen, you wouldn’t be where you are right now.”

“During the holidays, we pull out the album books of photos and talk about the stories we remember,” Myra says. Photos of the young granddaughters in the Kilby Hotel, around the same age as when they raced through the maze-like halls are still treasured by the family. 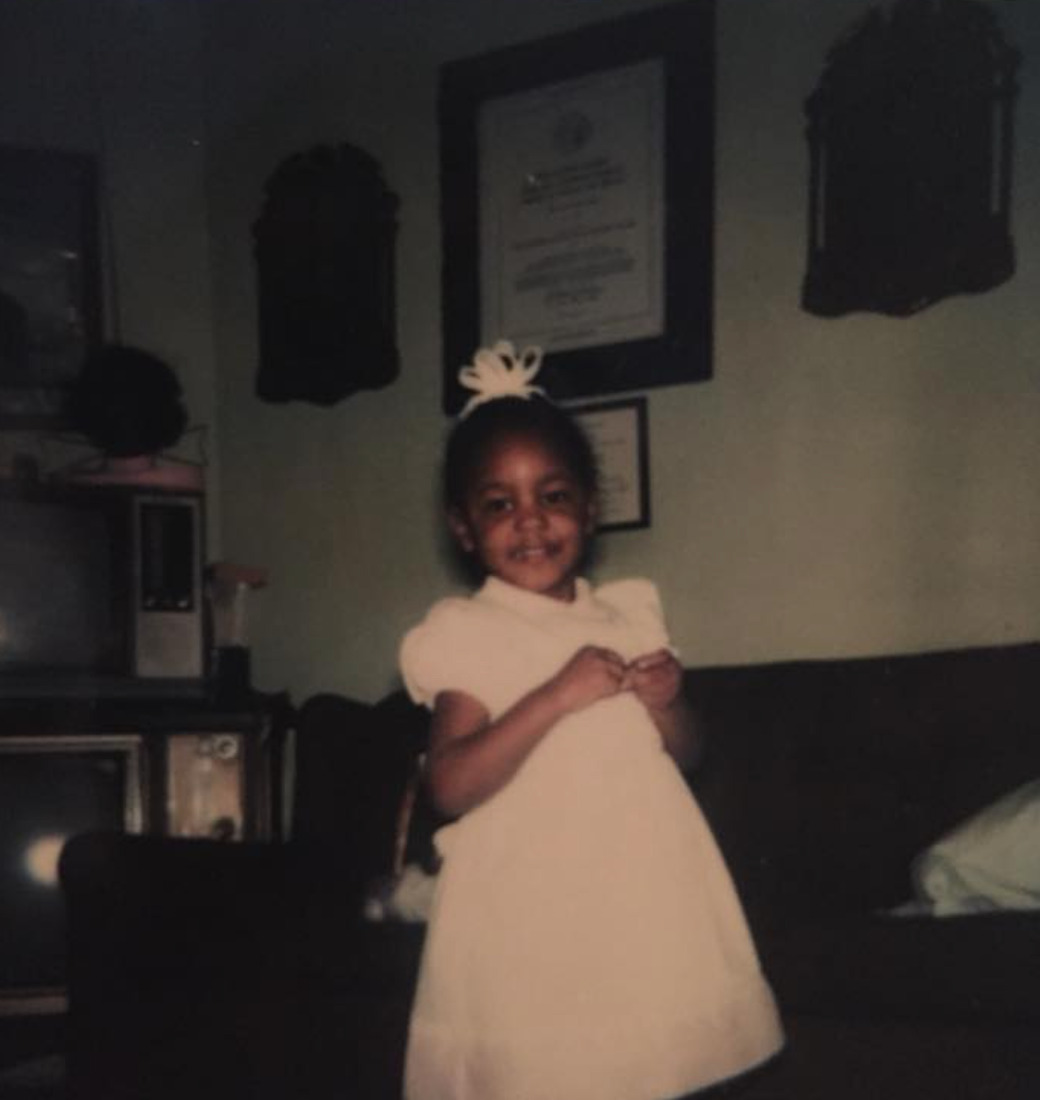 “We all talk about it, and then Mom puts it all together,” Myra says.

When someone asks about the keys to the city, given to Marion McElrath and now displayed with pride, Myra does what her mother always has: begins with a story.

“When someone asks, ‘Where did these come from?’ I say, ‘Let me tell you my story.’” She discusses how on every holiday, the sisters use the china inherited from the old Kilby Hotel, and when someone mentions it, Myra is ready.

“During dinner time, I’ll tell the story,” she says. And when the younger children complain about the stories being “old,” Myra is quick to correct, “No, that’s heritage.”

While the Kilby arcade building is still standing, it now belongs to the City of High Point and is slated for demolition due to structural instability. Myra and her family are hopeful that an effort to save the building will still take place, given how important the building is not just for Black history but also for High Point history. 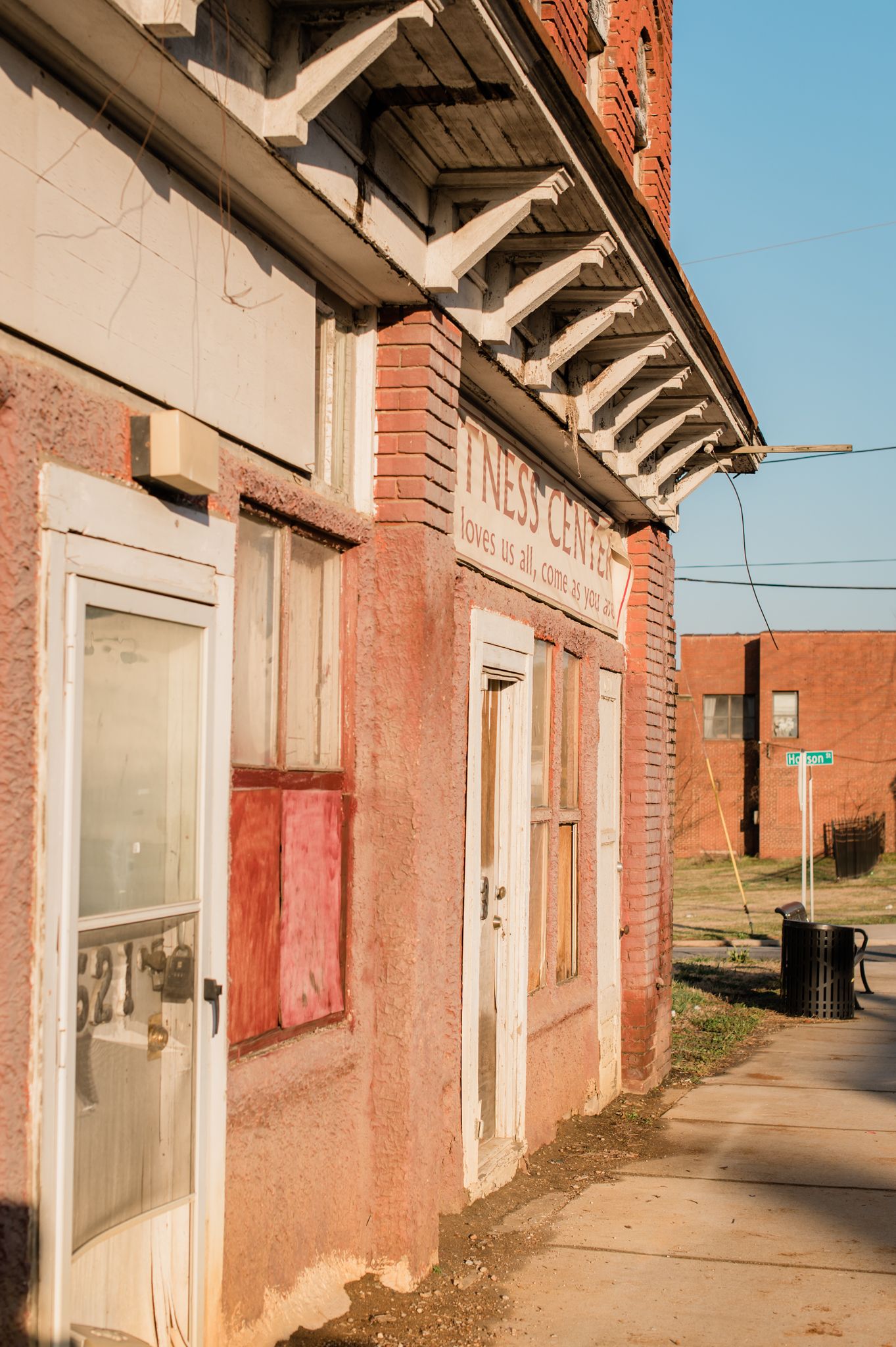 “There’s more to those buildings than music... At the end of the day, that’s not why it got on the registry,” Myra concludes. She points to the historic engineering of the building’s structure, the business leadership her grandparents offered, and the hospitality they cultivated in High Point as what led to the success of the Kilby Hotel and arcade.

That’s why Myra takes the time to share the stories with her family, her friends, and others in High Point – to preserve the heritage of hard work from her ancestors who changed High Point forever.

“Regardless of if the building is standing or not, the history and the legacy still lives,” she says.