Whether it’s a heated debate over Carolina versus Duke blue, or a bright blue and black Carolina Panthers jersey, or maybe just the color you wear to support your son or daughter’s high school team, without a doubt, one of the most recognizable and iconic parts of any team is their uniform and colors.

That’s why we have been so excited to get to see the first look at the High Point Rockers’ new uniforms! Just as much a part of the Rockers’ brand as their name, logo, mascot, or stadium, the uniforms have been kept a secret up until now. 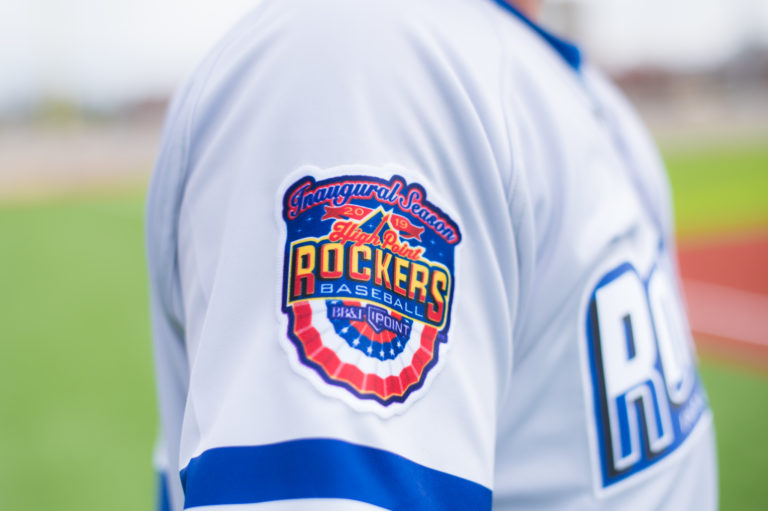 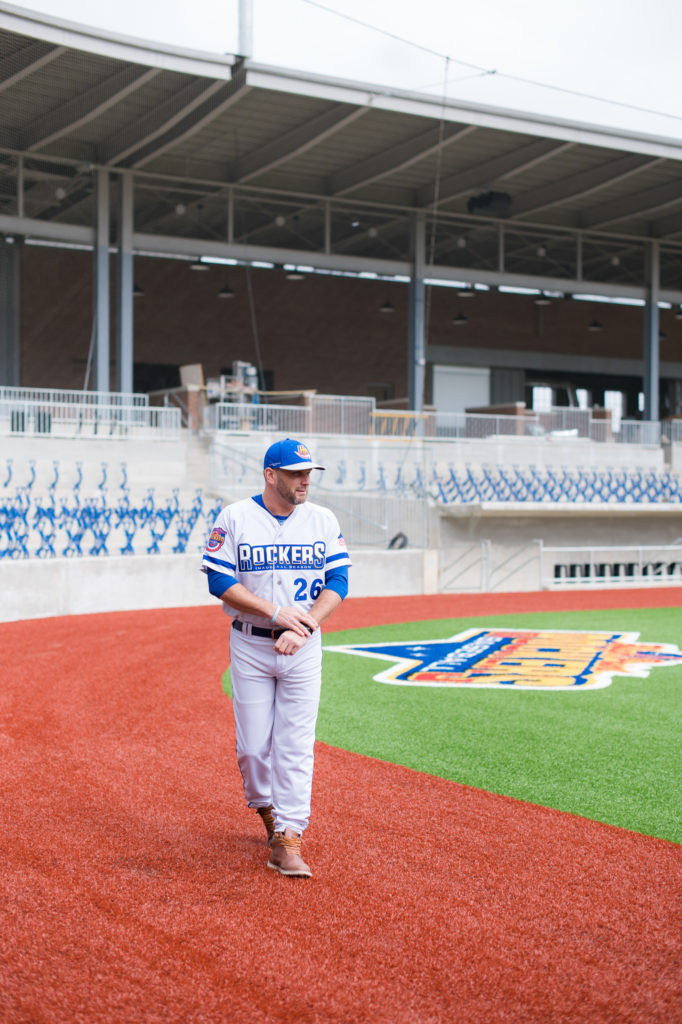 The uniforms were designed by Howard Sadel, a uniform designer based right next door, in Burlington, N.C. Sadel has previously designed specialty jerseys, but was recently licensed to design on-field jerseys. But this isn’t Sadel’s first rodeo in big team uniform design. He has previously designed jerseys for teams like the Carolina Hurricanes, working with brands like Reebok to create lighter, more performance-driven wear for athletes.

Sadel worked with Rockers president, Ken Lehner, at a CanAm baseball league in 2011. He collaborated with Ken on branding and design for that team, and is happy to be working with him to create the Rockers uniforms. Sadel says that once a team’s name is chosen, the process then moves to designing a logo and choosing the colors. The uniform is really the final piece that draws all of those elements together, creating a visual for the team’s entire brand. 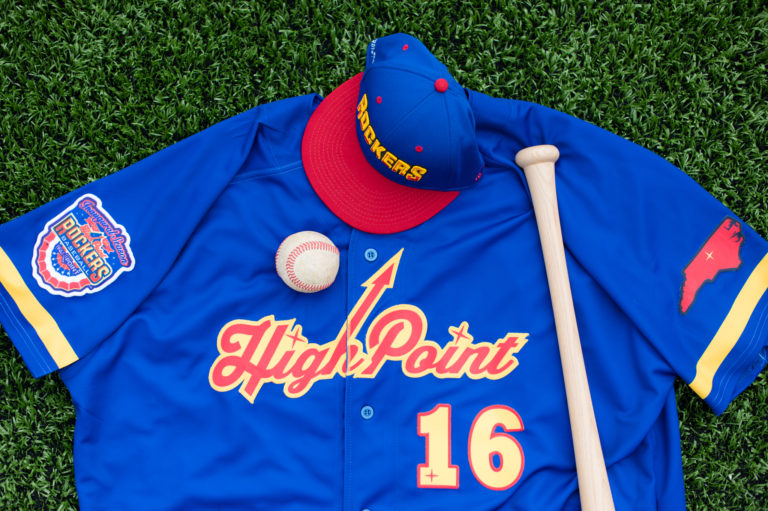 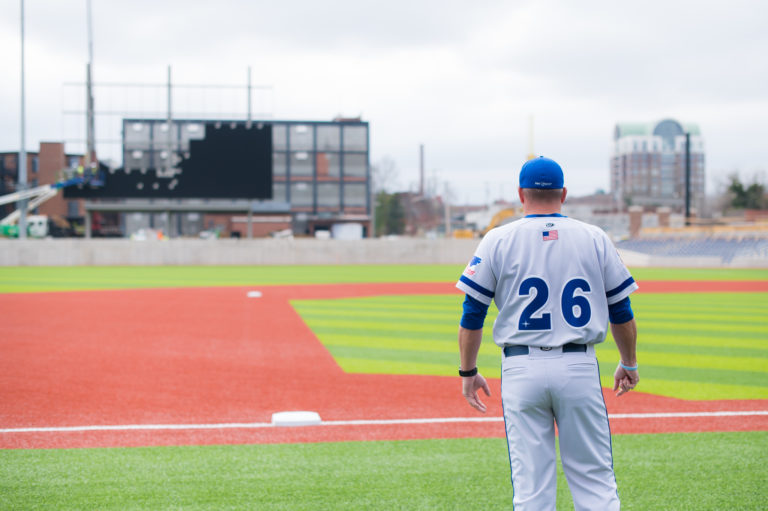 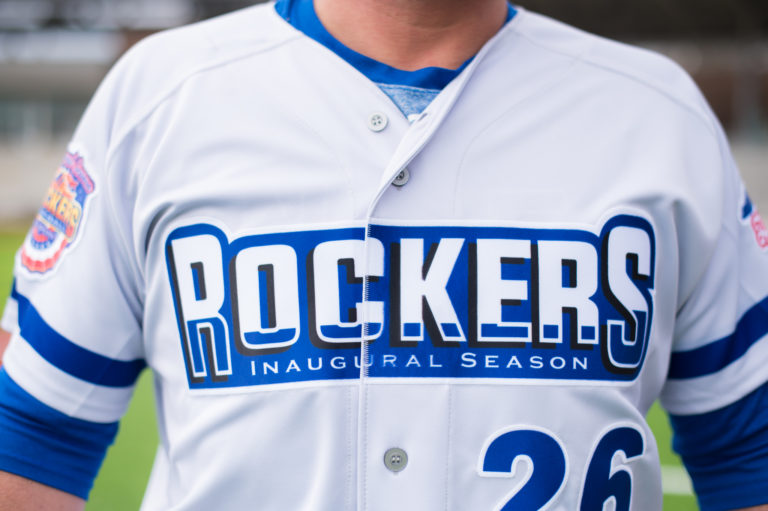 “It gives the players and fans a sense of pride for the team and town they represent,” Sadel says. “and communicates the brand as well as the city and state the team represents to both local fans and people around the country, as the team travels and plays to those that may not know of High Point.”

The outline of the state of North Carolina on the jersey, as well as the star marking High Point’s location, identifies the Rockers’ home instantly to any visiting teams and fans.

“You might notice the ‘twinkle’ star in the uniform numbers,” Sadel also points out. “It signifies always reaching for the stars, in the same way High Point is always reaching to new heights as it moves into the next era of downtown with the ballpark and catalyst project as a whole.” 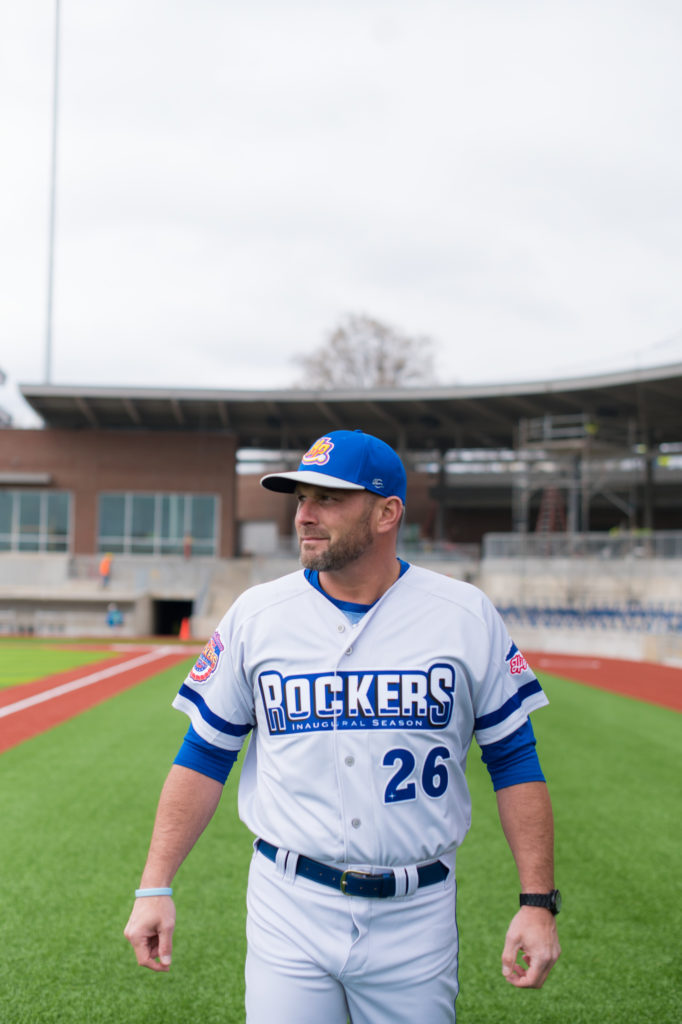 We can’t wait to see the uniforms in action, when the Rockers take to the field in just a few more weeks.  And we can’t wait to pick up our own official Rockers’ gear so we can support our team in style!

← Insider Secrets to Making the Most of MarketFOMO? Your Social Calendar Guide to HP Market →
×