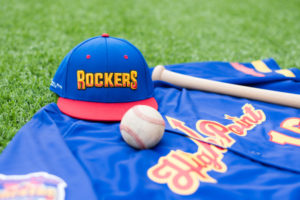 Take us out to the ball game…finally! We are so excited that the Rockers’ stadium is open for business, and the High Point Rockers are already hitting it out of the park.

And while baseball is America’s favorite pastime, and soon to be High Point’s as well, we’ll be the first to admit, sometimes we aren’t too certain about what’s happening on the field. First down or first base? What does the shortstop do anyway? Why is there a seventh-inning stretch? Professional baseball or farm league?

If you’re secretly just clapping when everyone else is clapping, and want to know more about baseball, check out this overview of baseball basics every baseball newcomer needs.

1. How You Score and How You Get Out 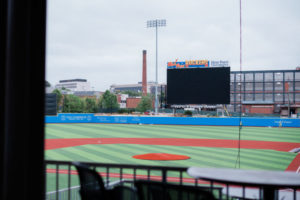 Okay, we’re not insulting your baseball intelligence here, but you might be surprised what goes into “three strikes and you’re out.” Obviously a batter swinging and missing a ball is a strike, and three of those mean the batter is out. A player is also out if a fielder or a baseman (that’s a player in the outfield or playing on a base) tags them with a ball or catches the ball before it hits the ground. But a batter can also be out for things like hitting while their feet are outside the batter’s box, running outside the foul lines, or obstructing the catcher from fielding or throwing.

Scoring is pretty straightforward. If a batter hits a ball that touches the ground before it’s caught, or goes out of the park, they can run around the bases. They can also reach first base if the pitcher fails to throw three pitches in the batter’s strike zone (approximately from the armpits to the knees of the batter). If four pitches are called out of the strike zone by the umpire, the batter can walk to first base. Plus, players on a base can try to “steal a base” by running to the next base even if the ball hasn’t been hit. This can really trip up a pitcher, who has to be aware of what’s happening behind him, while also not faltering on his pitches. 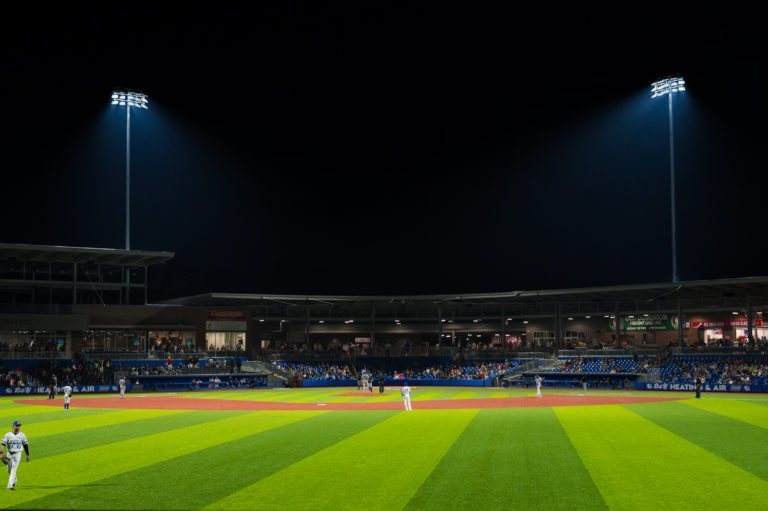 Nope, not the Abbott and Costello routine. While there are 25 players on the team roster, there are nine active players on the field: the pitcher, the catcher, the first baseman, the second baseman, the third baseman, the center fielder, the right fielder, the left fielder, and the shortstop. The pitcher is the one throwing the ball to the batter, but the catcher is the one facing his teammates and responsible for communicating with his fellow players to get the batter out. The basemen and fielders need to interact with each other to make sure that while the ball is in play they’re working together to get the out. The shortstop, playing between second and third base, will often field most of the batters’ hits, since right-handed batters tend to hit to this position. Everyone on the field is considered “defense,” while the team batting is considered “offense.” 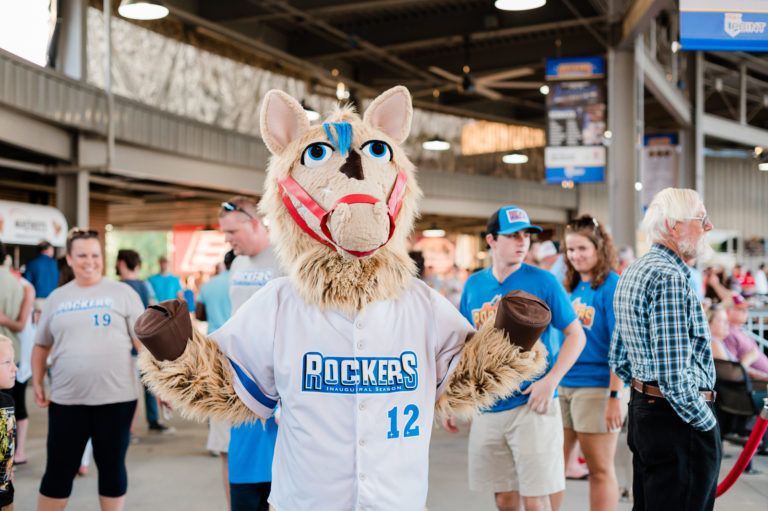 Most sports games have a timer that helps the fans know how long their team has left to score, baseball is a little different. There’s no time limit! Instead, the teams are given nine innings, and within those nine innings, they each have the chance to score as many points as they can before they get three outs. Once the umpire calls, “play ball!” the first inning begins. When the batting team has three outs, the team on the field gets the chance to bat until they get three outs. So the first team at bat plays the “top” of the inning, and the second team to bat plays the “bottom” of the inning. If at the bottom of the ninth inning the game is tied, the team will go into extra innings until one of the teams is ahead.

While there is no official “halftime” in baseball, there is the famous “seventh-inning stretch.” Legend has it that this break was popularized by President William Taft back in 1910. The seventh-inning stretch happens between the top and bottom of the inning, and gives fans (and players) a chance to stretch those hammies and sing one of America’s most beloved songs. Can’t you hear it now? Plus, you have a chance to grab another drink from High Pints.

4. So is this a Minor League team? 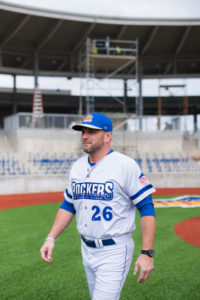 The leagues in baseball merit an entire encyclopedia explaining all the connections, levels, tiers, and regulations. But for the sake of this explanation, it’s important to know the High Point Rockers are part of the Atlantic League, which is an independent professional baseball league. While teams in the Atlantic League have no minor or major league affiliation (like the Grasshoppers or the Dash), they’re the only independent league with a formal, written agreement with the MLB that allows them to scout and recruit players directly from the Atlantic League into the majors without any buyout. Because players in the independent leagues have often played major league baseball and are returning, or preparing to be recruited by an MLB team, the caliber of players goes up. There are sometimes 7-8 levels of ball teams below the major league ranging all the way up to Triple A. Jamie Keene, High Point Rockers’ manager, explained that the Atlantic League is right below the MLB, making it a sort of “Four A” team. 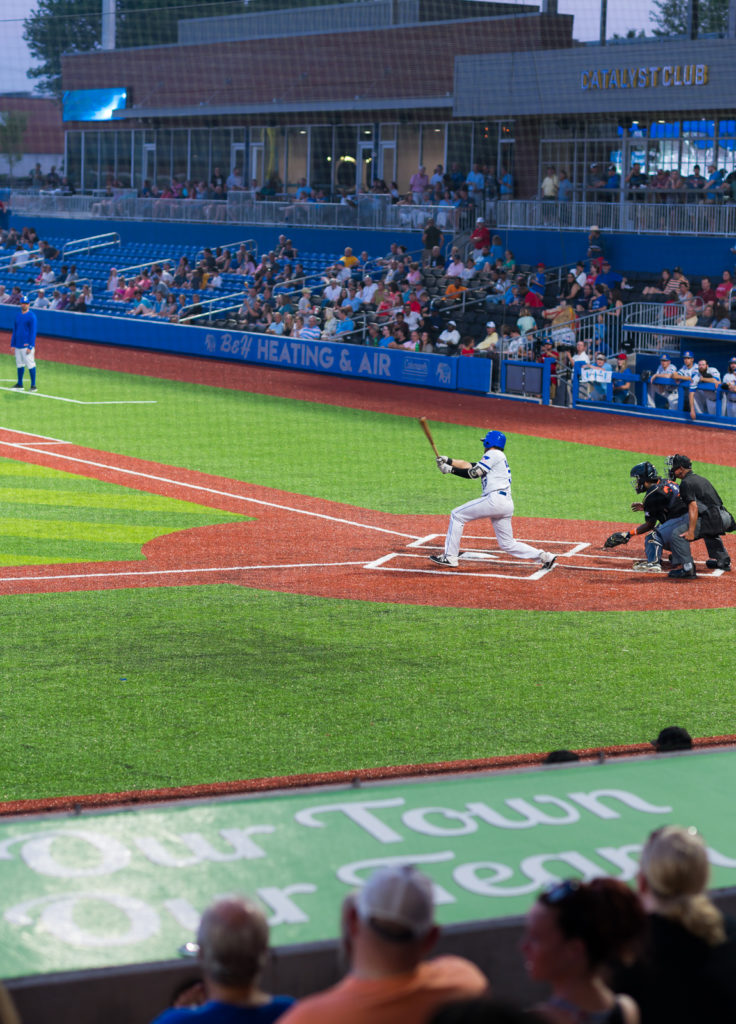 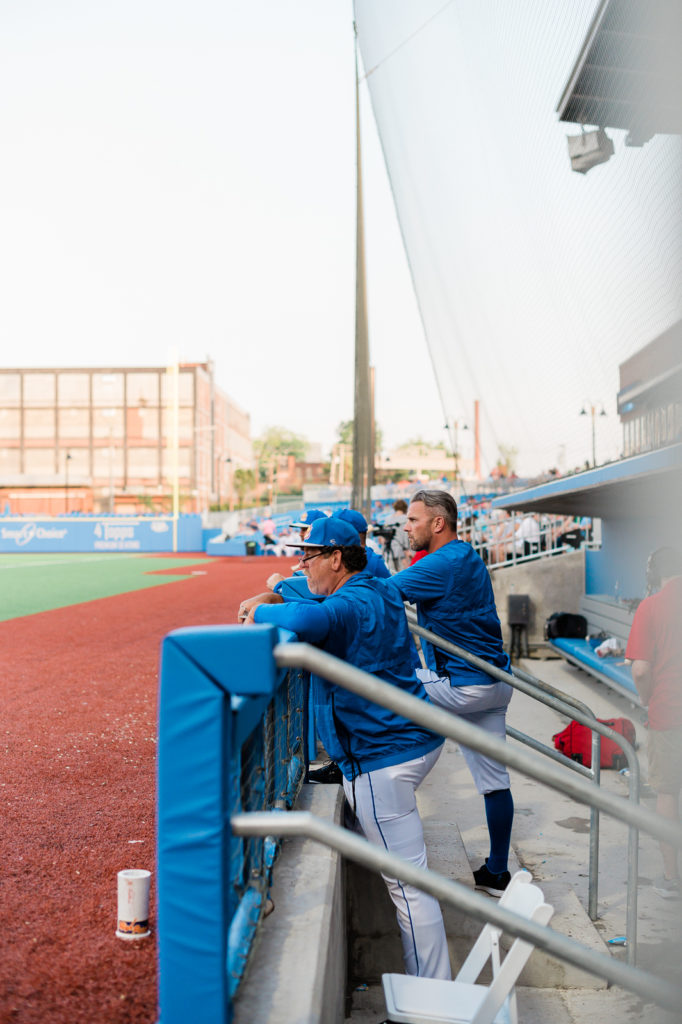 So regardless of if you sit on the edge of your seat, watching the umpire, analyzing every play, or you’re just happy to crack some peanuts and laugh with your friends, the High Point Rockers are for you! Whether you’re a baseball expert or still figuring out the curveballs, just remember it’s one, two, three strikes you’re out at the old ball game.