Like many great ideas, the idea for Goofy Foot Taproom & Brewery started over a glass of beer. High Pointer Jeff Thompson, owner and co-founder of Goofy Foot, had an idea while he was sitting with his wife, Tiffany, at one of their favorite breweries in Asheville, NC. 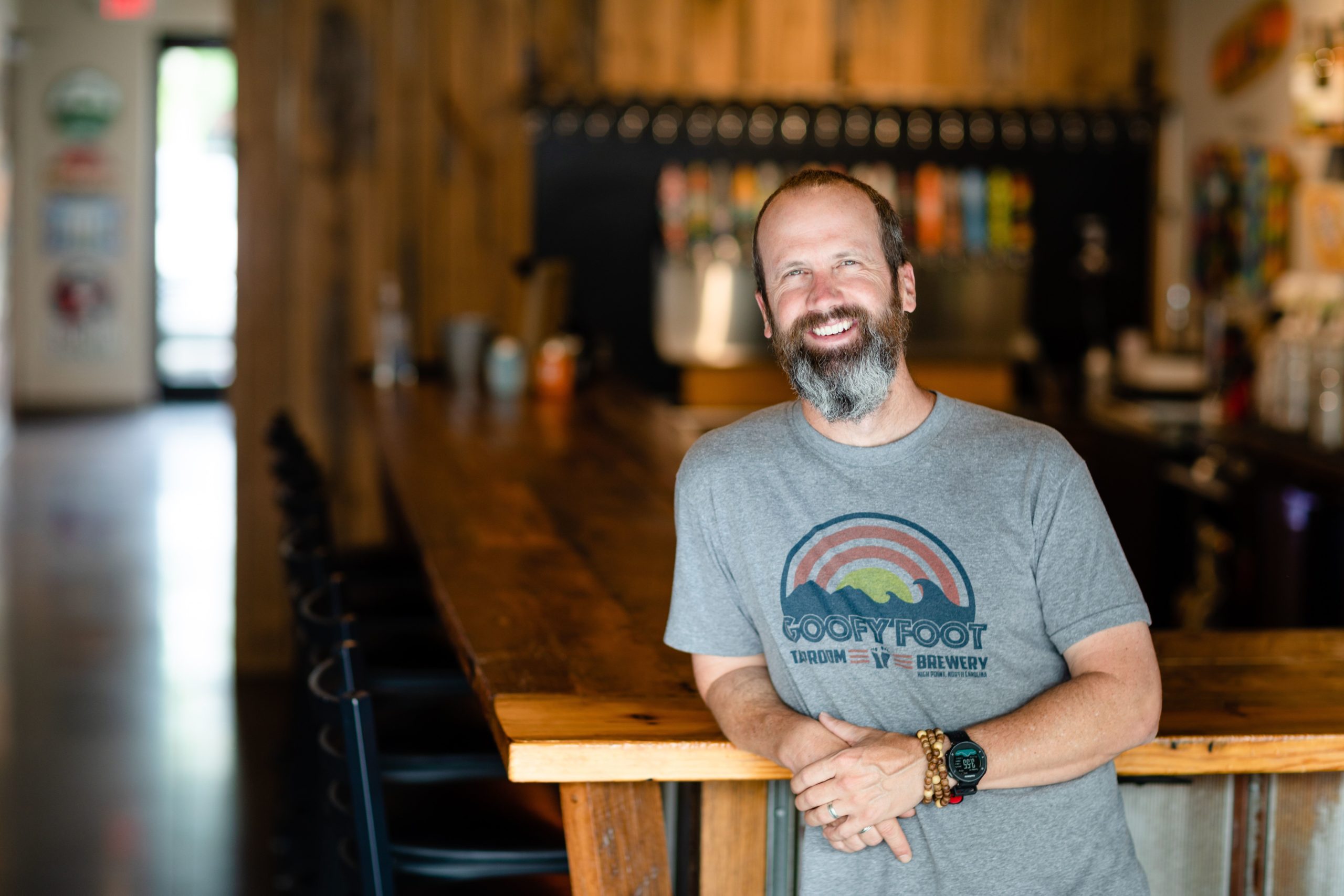 “My wife and I were having a pint and discussing our future,” Jeff remembers. “My job as a software engineer was not fulfilling my creative side.” Jeff, who had been homebrewing for nearly a decade, suddenly began to wonder if maybe, just maybe, there was a way to turn his hobby into a business. And his wife was, in Jeff’s words, “100% supportive from day one.” So with Tiffany’s encouragement and support, Jeff began to explore the possibility of having his own brewery.

“My original idea was to open a small microbrewery with six to eight beers of my own,” Jeff explains. Jeff took cues from his friend and mentor, Dan Morgan, who owned a brewery and brewery supplies store.

“He has provided me with supplies, instruction, advice, and encouragement,” Jeff says. “He has, by far, been the biggest influence on my brewing education.”

In the process of honing his own craft as a brewer, Jeff also grew to be friends with Ryan Jackal (Wise Man Brewing) and Andrew Deming (Four Saints Brewing). The group encouraged Jeff as he experimented with recipes, developed his brewing skills, and found his style as a brewer. And in the process of learning with a brewing community, the idea that Jeff originally had for a microbrewery began to change. 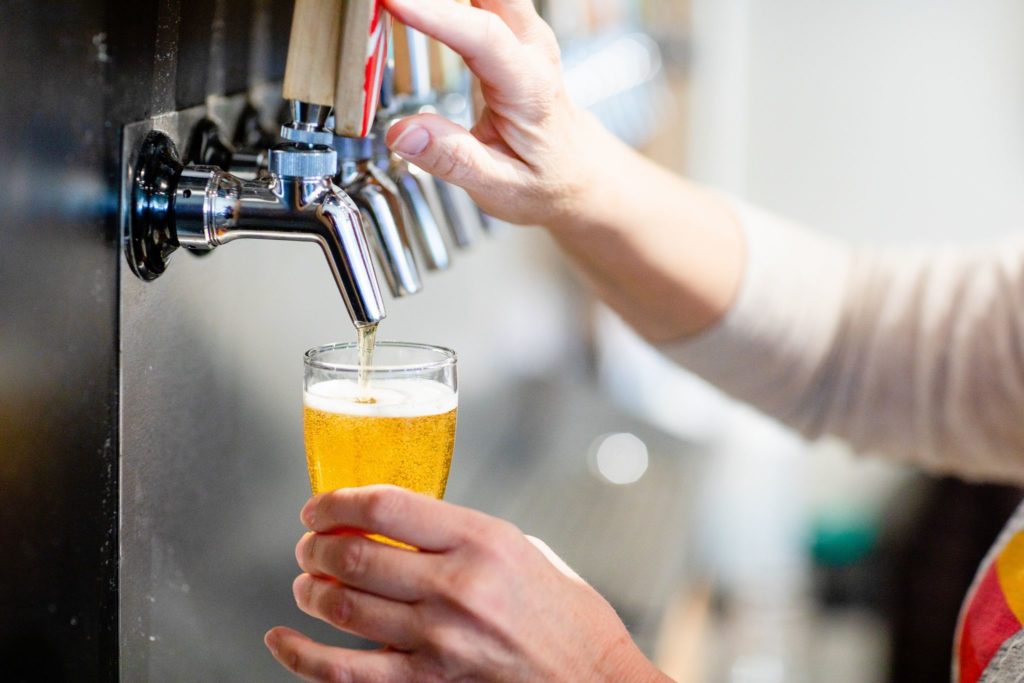 Instead of just a microbrewery, Jeff envisioned a taproom with an on-site brewhouse to give customers a variety of creative craft beers to try from all over the state.

“Most breweries have a bigger production system and, typically, only offer their beers,” Jeff explains. “Our small batch systems allow us to have a continuous rotation of beers we have in our catalog, while also offering and promoting other amazing beers from the Triad and beyond.”

“Because there were so many great North Carolina breweries that existed or opened between the time of developing my idea and implementing it, the business model morphed into what you see today,” Jeff adds.

And what you see today at Goofy Foot, is a community of laid-back, brew lovers who have created an atmosphere where anyone can relax and enjoy a pint with friends. The brewery is named for another one of Jeff’s passions: water sports. Named for the board sports term, “goofy foot” meaning to skate, surf, or board, with your right foot at the front of the board, Goofy Foot pays homage with little details to Jeff’s love of board sports. 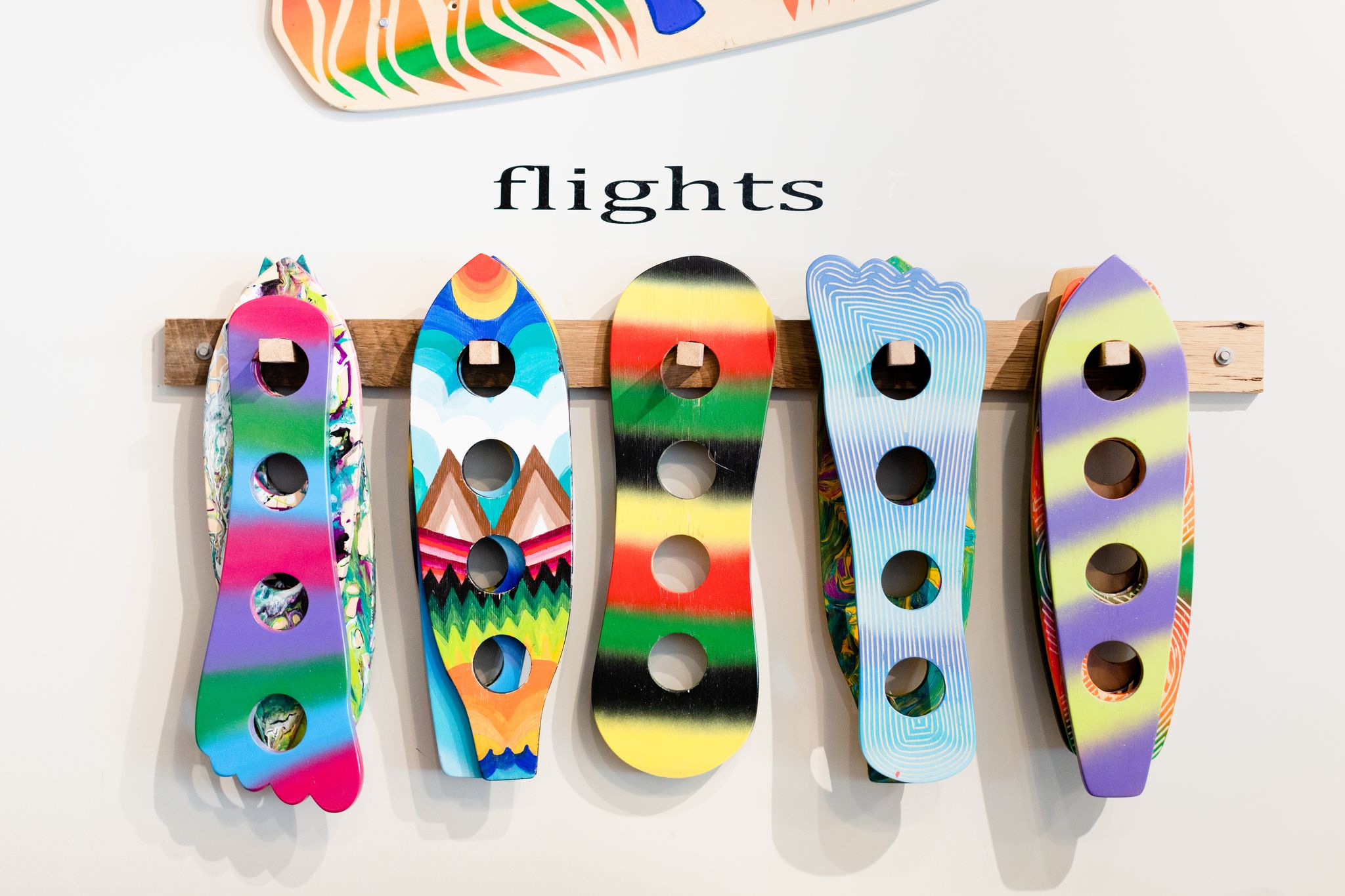 Jeff and Tiffany describe their business as “a neighborhood taproom.” Along with brewing four to six of their own beers on-site, the Thompsons use their space to show off other local and regional beers, as well as create an environment where folks can sit and enjoy conversation, live music, and feel welcomed.

For Rob and Mary Jane, regular customers at Goofy Foot, the brewery is so much more than just a place to grab a beverage – it’s a place where community is built. The couple, who have only become friends with Jeff and Tiffany after finding Goofy Foot, now laugh easily over the bar with the Thompsons. 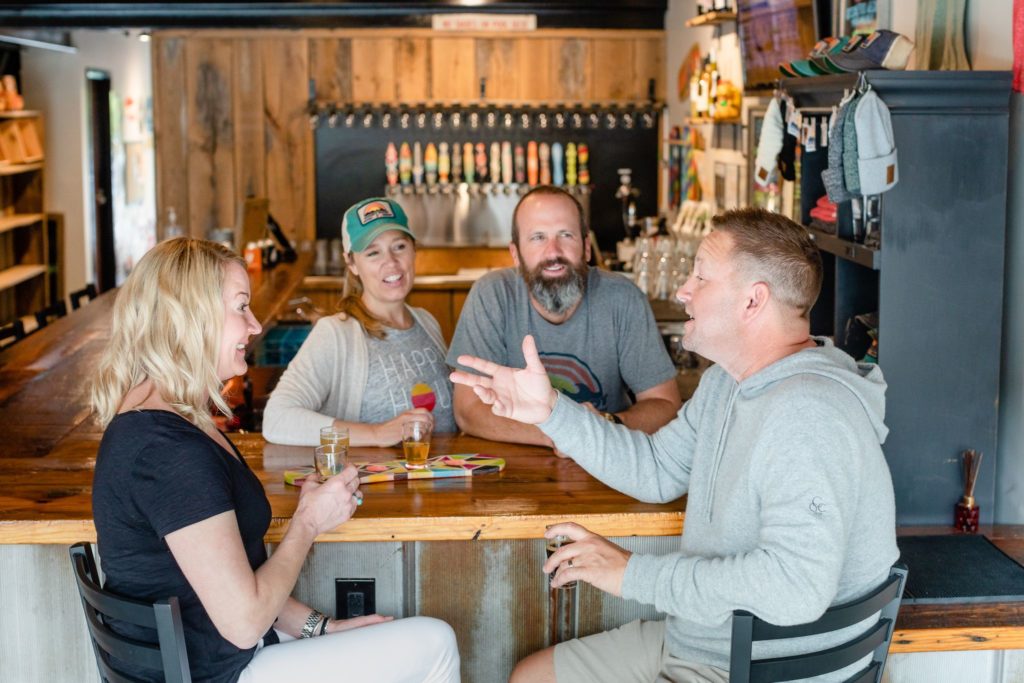 “It’s truly a place you can sit awhile,” Rob explains of his friends’ taproom. As for the Thompsons, their customers and staff have gone far beyond people that serve or sit at the counter; they’ve become their family.

“We have customers that became regulars and are now considered family. This community has supported our business from the beginning,” Jeff expresses. “These are the same customers that reached out to us personally during COVID to ask what they could do to help and to reassure us we would make it through this. They are the reason we are still open today.”

And with the support they’ve received from their customers and friends in High Point, Jeff and Tiffany want to continually give back to the community that has given them so much. Their program, “Pints for a Purpose,” showcases a local non-profit each month to raise money for the organization. 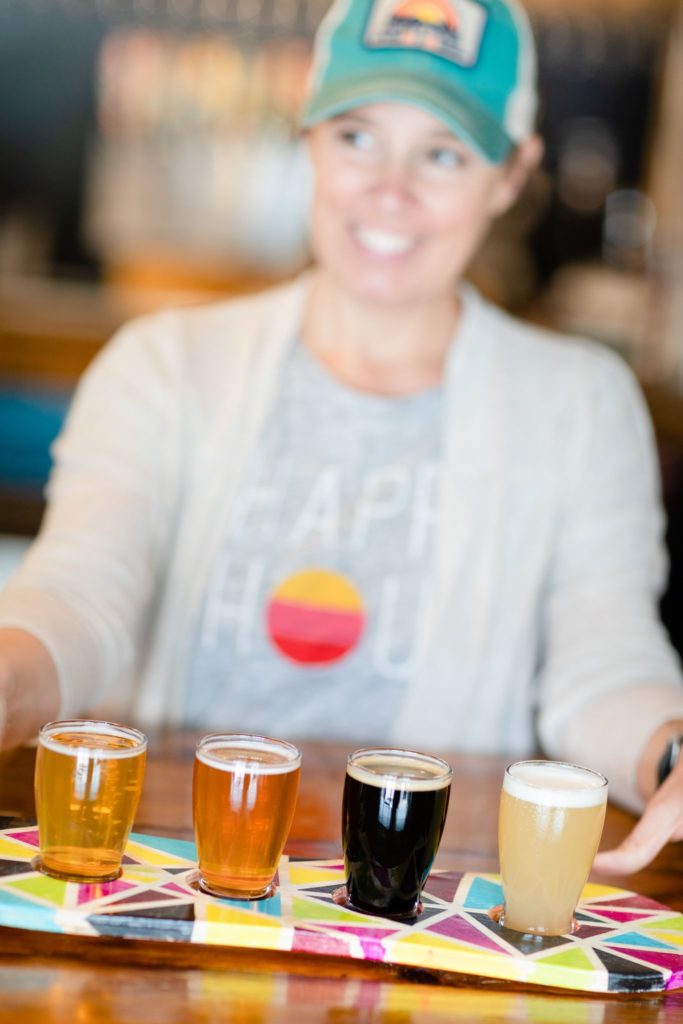 As small businesses begin to regain their footing, more live music can happen, and friends can once again share a pint and their lives at the bar, Jeff and Tiffany see Goofy Foot as part of the continued growth and revitalization in High Point.

“The growth of downtown can only mean good things for the city of High Point, no matter which part of the city you call home,” Jeff says. “I think we have the possibility of becoming a tourist destination known for the friendliness of its residents, restaurants, and breweries with amazing offerings and retail spaces beyond the world-class furniture we’re known for today.” 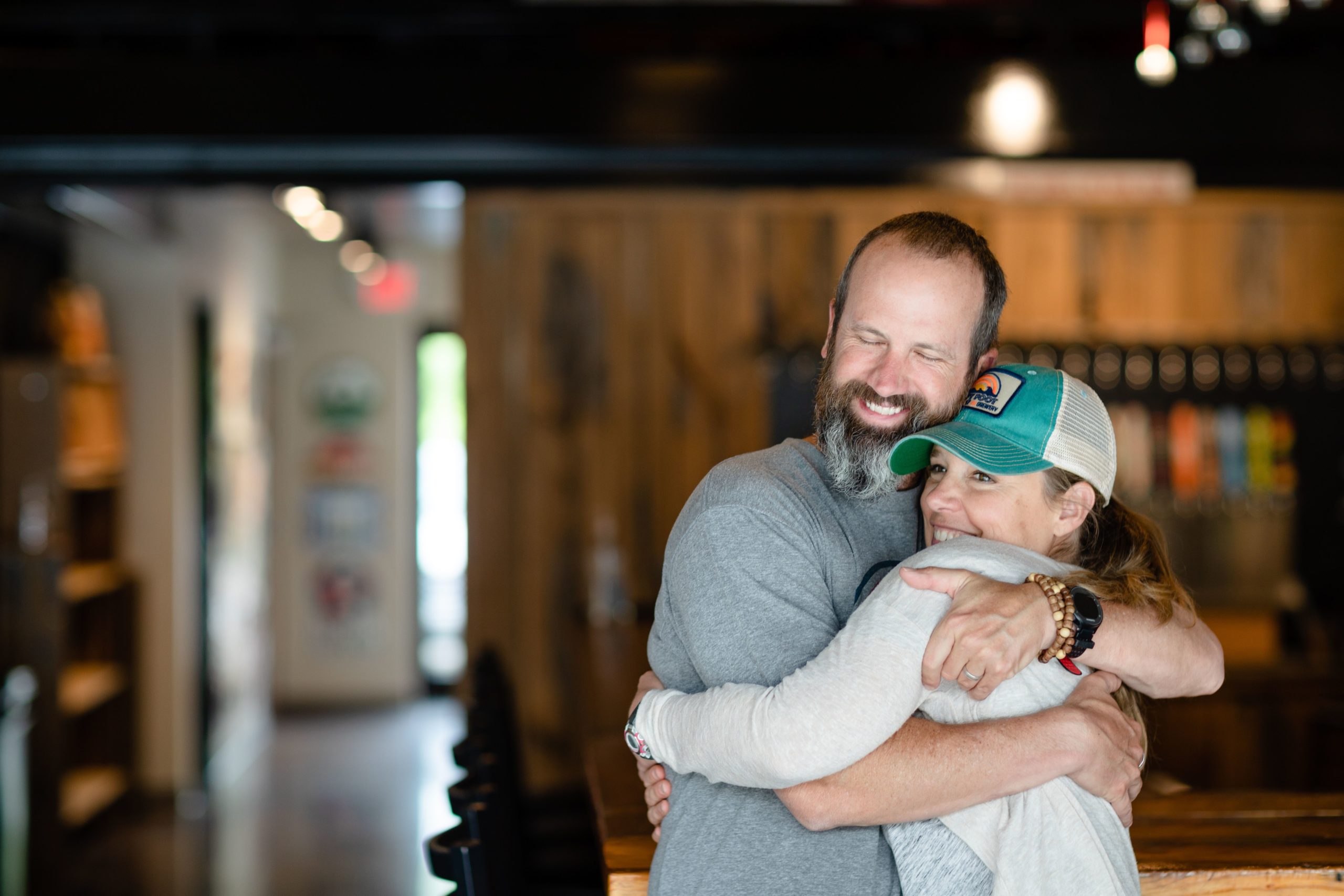 And so as our city continues to find the balance in this post-COVID world and as we gain speed on revitalization, Jeff, Tiffany, and their community at Goofy Foot, we’ll keep riding this wave with a beer in hand. 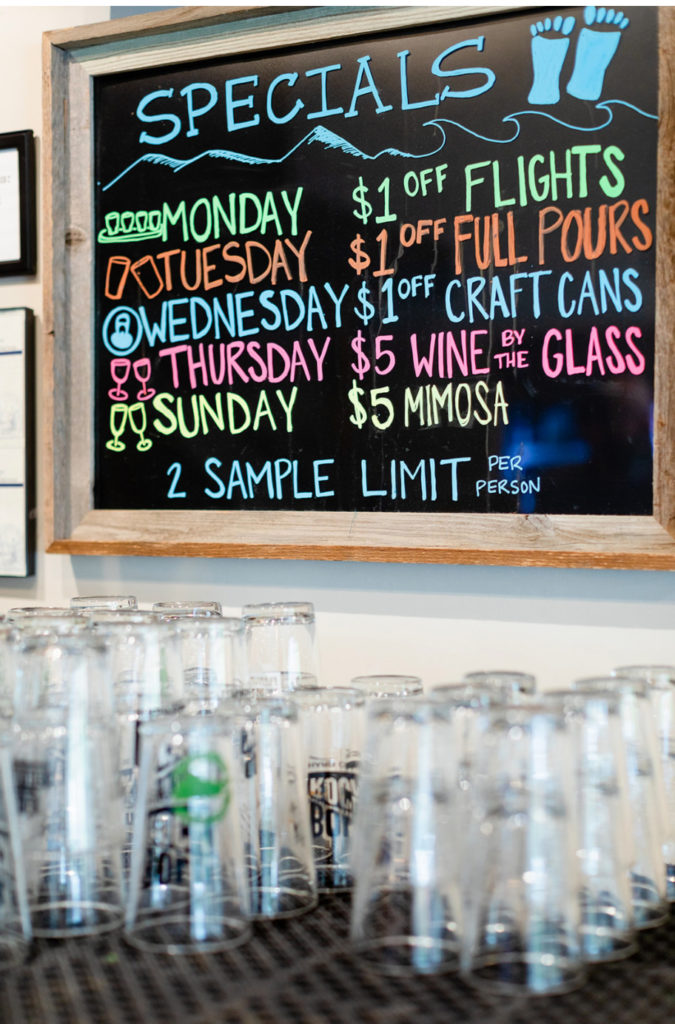