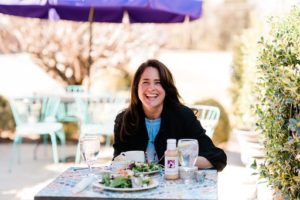 Growing up, Kissie Stroup never dreaded eating her veggies like most children. Instead, it was something she looked forward to, all thanks to her Nana’s salad dressing. The recipe, a creamy vinaigrette, was created by Kissie’s grandmother and eventually passed down through generations.

“I’d make it for parties or get-togethers, and people would tell me, ‘You need to bottle this stuff!’” Kissie recalls. When the 2008 economic crash hit, Kissie decided her Nana’s salad dressing might just do more than make salads a little tastier.

“I wanted to do my part to support my family,” Kissie says. Kissie studied graphic design and advertising in college, but after staying home with her kids for nearly two decades, she wasn’t quite sure where to start. However, her advertising and graphic design background kicked in and an idea was born: Little Black Dressing.

“I like a good play on words,” says Kissie, an avid reader. “I like when things fit together and have a double meaning.”

She adds that the “little black dress” is iconic to many women, giving a nod to the woman-owned business. As for her customers, Kissie wanted her dressing to provide an easy way for women to serve fresh, healthy food to their families.

The logo, along with the business name, was created by Kissie and executed by High Point-based marketing firm, Kreber. Eventually, as the line expanded, Kissie gave each flavor a different colored logo.

“The label always changes color. When a man goes into the grocery store for his wife, instead of having to explain the flavor, she can say, “Just get the blue one!’” Kissie laughs.

And while the creativity came naturally to Kissie, the business side is where she began looking for outside expertise.

Fortunately, Kissie found no shortage of High Point business owners who were willing to provide the mentorship and guidance she needed to turn her family recipe into its own business. Drake’s Pasta and Big Boss Baking Company both became mentors and supporters to Kissie, offering years of experience in the food industry.

But one of the biggest challenges that Kissie faced wasn’t scaling up the production of her dressings; it was convincing folks to buy it.

“Not only did I have to sell my product to the grocery store,” Kissie says, “but it is also my responsibility to have it sell off the shelf... You have to sell twice.”

She explains that grocery stores get hundreds of new product pitches a month, including everything from local startups to national chains. If a product doesn’t sell off the shelves within eight months to a year, the grocery stores will remove the product line and replace it with others.

And in the beginning, Kissie didn’t have the funds to pay the top dollars for marketing and advertising like longstanding name brand companies could. Instead, she relied heavily on word of mouth, as well as the support of her hometown.

“High Pointers were the ones that actually saw the product for what it was and took a chance and bought it,” she adds. “And they kept buying it and buying it. So I know if I just get other cities to do the same, then I knew that I could spread the sales out over a larger region and not just my hometown.”

“Hamilton Street Bistro was our first account,” Kissie says. “They bought the dressing to serve as their ‘house’ dressing and they were the first to sell the bottles.” 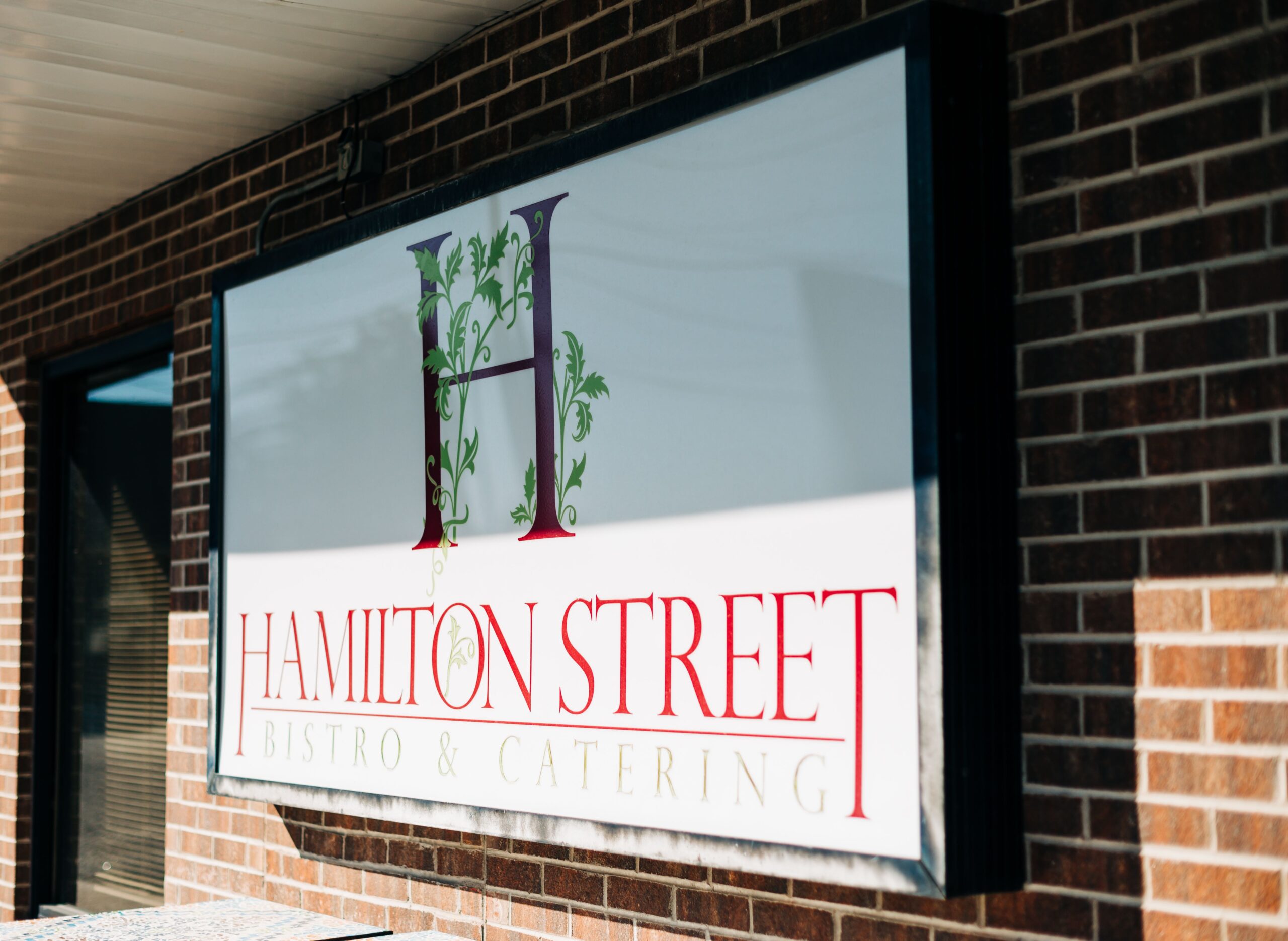 Today, more than ten years since the inception of her company, Kissie’s dressings are now sold in grocery stores all over the East Coast, including national chains like Harris Teeter, Lowe’s Foods, Whole Foods, and The Fresh Market. But High Point grocery stores remain Little Black Dressing’s top sellers.

“I always make a salad on nights we eat at home. I try to concoct unusual combinations using various things out of the pantry or fridge,” Kissie says. “A lot of times it works, sometimes it doesn’t. Once you get the base recipe down it’s just a matter of switching around the flavors.” 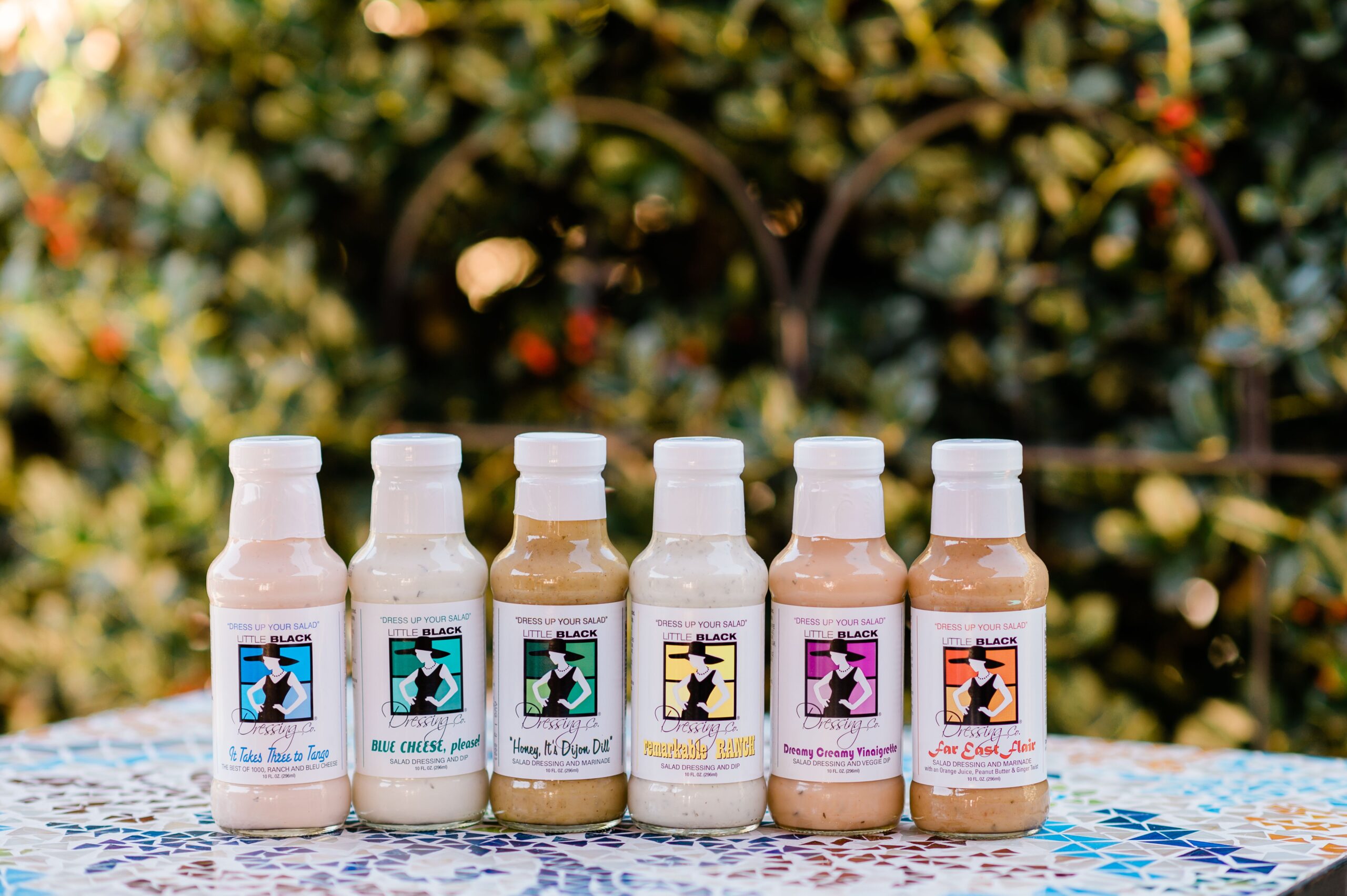 Just as important as maintaining the original recipe of her Nana’s salad dressing, Kissie has been committed since Little Black Dressing’s beginnings to maintain high–quality ingredients and freshness.

“Beside that being better for you, it just tastes better,” Kissie says, adding that she can’t eat preservative-filled salad dressings. “I’ll be in a restaurant with either a family member or friend, and they will taste a salad dressing and ask, ‘Kissie, I can’t tell, is this real or fake?’”

Of course, Kissie needs only one taste to tell the difference. Her dressings, which are preservative–free and gluten–free, are made primarily from ingredients sourced right here in the Carolinas.

The proof of her product is in the pudding – or rather, the dressing. Little Black Dressing has been used at nationally known events like the U.S. Open. They’ve also been featured as a finalist on Martha Stewart’s, “Made in America.”

But now, even with her accolades of sales and success, Kissie has been intentional to scale her business methodically and intentionally, slowly but surely. And that slow scale has left plenty of room for her to give back to those around her, just as other businesses have given back to Little Black Dressing.

It’s not lost on Kissie that at a corporate level, the grocery store industry is made up almost entirely of men. Often, Kissie was the only woman in the room when it came to pitching Little Black Dressing to top executives.

“Plus, I’m five feet tall, and I’m named Kissie,” she teases. “You can’t get any sillier than that!” 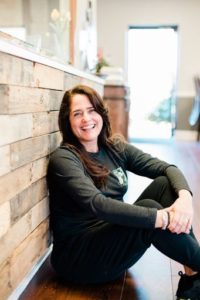 And while Kissie says she never let her mind wonder to how her gender impacted her success in business, she does feel strongly about empowering other women to have confidence and success in their own careers.

“I always had a desire from the very beginning to hire and train women to sell our products,” Kissie says. Before COVID-19, Little Black Dressing offered taste samplings, and she saw a great opportunity for women to be able to boost their confidence and skill-set through working at these tables.

Kissie also structured her contract employee opportunities to be flexible for women who may also have responsibilities as mothers that they couldn’t give up.

“We offer flexible hours, and I ask the women to tell me what days and hours they are available to work,” Kissie explains. “I always tell these women whenever they needed to go pick their kids up, take them to sports, or attend a doctor’s visit, they have complete flexibility.”

As a long-time stay-at-home mom turned business owner, Kissie sees the value in both avenues of a woman’s life and hopes Little Black Dressing can bridge the gap to empower women to work together without judgment.

“Not all women have had the benefit of learning the necessary skills to enter the business world,” Kissie continues. “Skills like successful job interviewing, proper business attire, grammar, and more are crucial to giving them the confidence to go for jobs they previously thought unattainable. It’s important for businesses like mine to give these women that education and opportunity.” 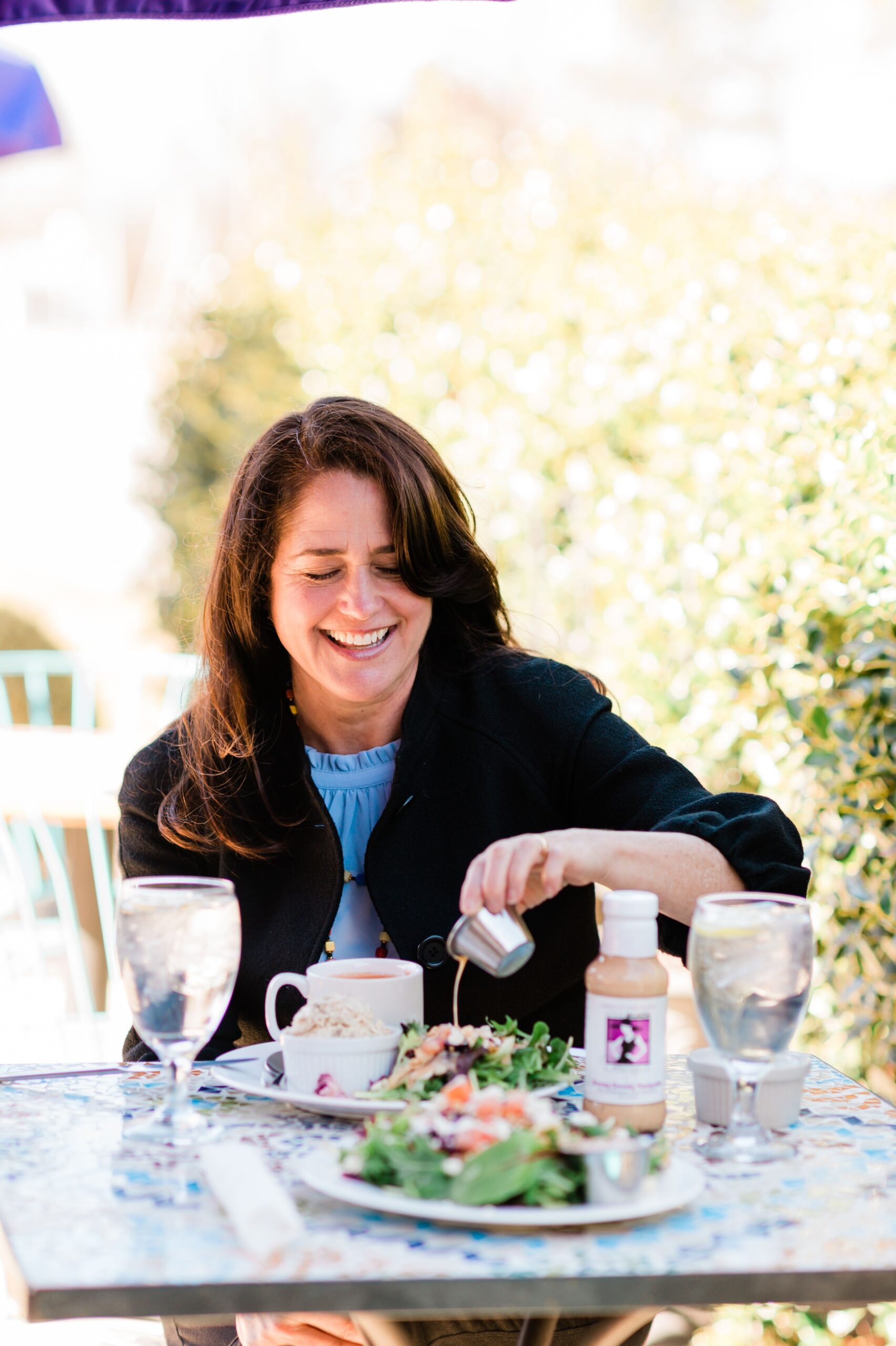 Given that Little Black Dressing was inspired by the work of women in Kissie’s life, it’s no surprise that their legacy impacts everything about the company – from the recipe creation to the employment records.

“It’s satisfying to see that the hard work of my grandmother – a hard–working woman, a past generation – can be an example to the current generation today,” she says. The woman behind the beloved Dreamy Creamy Vinaigrette passed away last fall at the age of 94.

“Nana got to see a lot of Little Black Dressing,” Kissie says. “Whenever I would mention that it was my nana’s recipe, she would always pipe up and say, ‘That’s me!’”

Kissie also notes that when Little Black Dressing was featured in the U.S. Open, Nana couldn’t help but give out a little chuckle when the commercial would come on T.V.

Today, Little Black Dressing operates with Kissie at the helm, and the future full of possibilities.

“Little Black Dressing will go wherever God wants it to be,” Kissie says, adding that one of her own kids may want to take over the company one day. “It’s fun to watch where it leads me and who he leads me to.”

At the end of the day, what Kissie still loves to do is encourage other women in her life, create new recipes, and serve delicious food.

“I hope the legacy of Little Black Dressing gives inspiration to anyone who has an idea and wants to start a business, at any age,” Kissie concludes. “It’s never too late to do something you love.”

Where you can find Little Black Dressing: