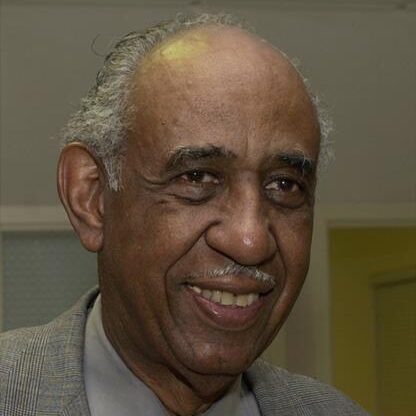 One of our goals at High Point Discovered is to celebrate not only present-day men and women who are making our city great with their lives, businesses, families, and generosity, but also our city’s forefathers and mothers, who laid a firm foundation for High Point to grow. One especially important way to share our collective history is through the celebration of Black History Month each February. The African American men and women who have spent their lives and talents making our city great are especially on our minds this month, as we reflect on the legacies they left for all of us. One such man, who made High Point great through his lifelong dedication, was Dr. Otis E. Tillman, Sr.

Born nearly a century ago in Wadesboro, N.C., Dr. Tillman grew up in a world much different than the one we live in today. After graduating from North Carolina A&T State University in 1953, he began considering the next step in his journey to becoming a practicing physician. In the 1950s, when Dr. Tillman was first weighing what school he would attend for his medical degree, the options were not as open as they are today.

As a man of color, Dr. Tillman was not allowed to enroll in medical school at the University of North Carolina-Chapel Hill. Instead, the state of North Carolina subsidized his tuition to medical school at Howard University to avoid integrating the UNC Medical School. The condition for accepting this education at the hands of segregation? Return to North Carolina to practice medicine. And so, Dr. Tillman did just that. While he could have understandably harbored bitterness towards the state that told him where he could and could not study, Dr. Tillman returned to North Carolina, moved to High Point, and began a practice in medicine that would forever change High Point’s history.

With his Howard University medical degree in hand, Dr. Tillman opened his practice in High Point with the help of his college friend, Dr. Perry Little, a High Point dentist. Before long, Dr. Tillman had more patients than he knew what to do with. The extreme lack of African American doctors, paired with High Point’s unwavering segregation of black and white patients in hospital wards harmed our community both socially and physically. Confined to one ward of High Point Hospital, black patients seeking medical treatment were often forced to wait for one of the few doctors to treat them, and perhaps that was a doctor who didn’t specialize in the care they needed.

But like so many African American physicians at the time, Dr. Tillman cultivated a vast knowledge in a multitude of medical disciplines. From minor injuries to common illnesses, to delivering babies, to major surgeries, Dr. Tillman and other African American doctors at High Point Hospital pushed back adversity with determination and keen intellect. His skills skyrocketed, as he honed his medical craft. He performed complex medical procedures including successfully delivering black conjoined twins in 1965.

Often referred to as “Doc,” by his patients, Dr. Tillman stood as more than a doctor in the High Point community – he stood as a pillar of safety and generosity to so many of his patients. It was not unheard of for patients to knock on his front door at all hours of the day asking for his help. Dr. Tillman was known for his giving spirit, treating patients regardless of their financial status. He offered something beyond just medical care to his patients and the High Point community – he offered hope.

Often, Dr. Tillman stood up boldly in protests to fight segregation in High Point – going so far as being arrested twice at A&W for his protest of unfair treatment. Despite his busy schedule as a doctor, he was also actively involved in leading and serving many High Point community endeavors. He served as chairman of the High Point Urban Renewal Commission and as a board member of the High Point Community Foundation, Piedmont Triad Airport Authority, North Carolina Shakespeare Festival, UNC Pembroke and Carl Chavis Memorial Branch YMCA. He published two books, reflecting on the intersection of his medical background and his foundation of faith. They are A Prescription for the Soul: Prayers and Meditations and Medicine for the South: Prayers and Meditations. The books even garnered the attention of the esteemed Maya Angelou. 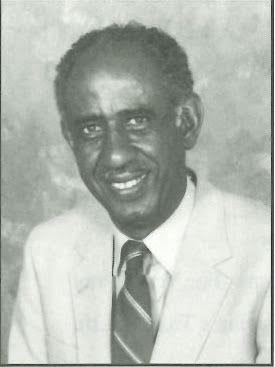 For a quarter-century, Dr. Tillman served on the board of trustees at his alma mater, A&T, and even used his retirement dinner to raise $28,000 to establish a scholarship at the University. The state that once refused to offer Dr. Tillman acceptance into their medical school recognized him in 2013 when the Guilford County Commissioners named the mental health building on S. Centennial Street, the Dr. Otis E. Tillman Sr. Mental Health Building. In 2019, after serving his city for nearly half a century, Dr. Tillman passed away at the age of 89 – leaving a legacy that championed goodness and care for all.

After 46 years of supporting High Point tirelessly, Dr. Tillman probably received questions about what inspired him to serve a city that so openly chose segregation for much of his life. Many who knew Dr. Tillman cite his strong faith as a constant motivator for his life’s work. Despite facing a life marked by prejudice, Dr. Tillman never gave up fighting for a healthier community for African Americans in High Point. Dr. Tillman’s hands that reached out so often to heal his patients, reached out again and again to help heal the disease of prejudice and racism in his corner of the world. He is remembered for his compassion, determination, good humor, kind spirit, unwavering character and amazing dignity.

And so as we use this celebratory month to recognize the history of African Americans in our country, and specifically in our city, we hope you’ll join us in honoring the memory of Dr. Otis Tillman and so many other men and women who fight every day to see African Americans championed in our communities. We hope together, we can recognize hurt and pain, choose to face it, and work to mend it, as Dr. Tillman did.