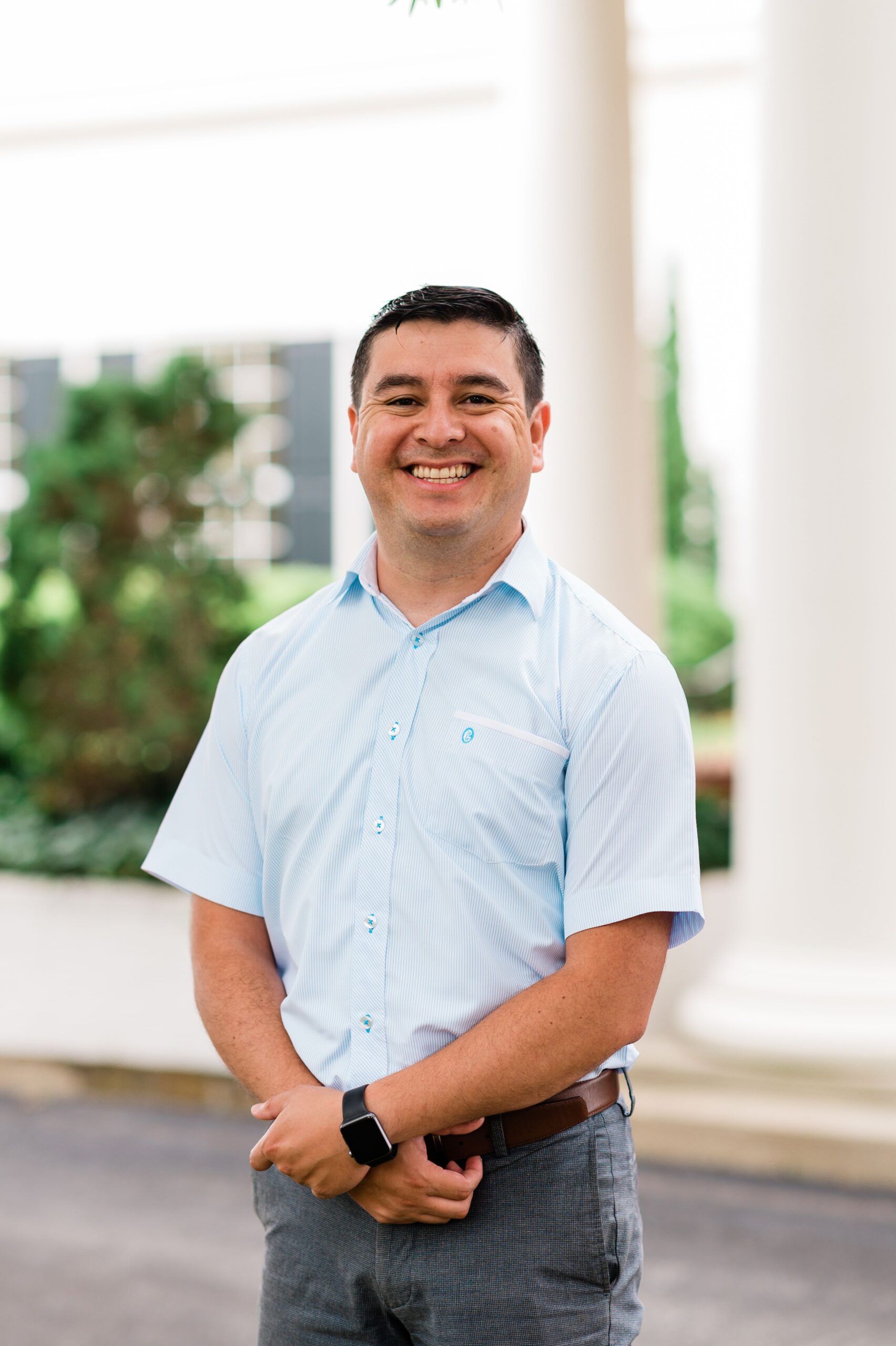 Growing up in Colombia, Hector Gomez always heard the stories his mother would tell of how much she had longed to become a teacher.

“But my mother lived in a small farm in the south of Colombia and did not have the chance to graduate from elementary school,” Hector explains. He remembers his mother’s stories of her childhood, many of which included his mother and her sisters and friends playing “school.” Hector’s mother, of course, would always be the teacher.

“Teaching is part of me, thanks to my mother,” Hector says. “I cannot imagine myself doing anything else.”

Now as a Spanish teacher at Penn-Griffin School for the Arts, Hector carries with him not only the influence of his mother but also many of his mentors in the States. Hector has been involved in programs like The Equity Leadership Development, Soup for Success, and the World View Seminars from UNC and the Duke University Consortium that were sponsored by Guilford County Schools.

“These workshops have opened my eyes and provided me with tools to apply in my classroom in terms of cultures and community,” Hector says. Throughout his teaching career, Hector has made his love for community service and engagement a central focus of his classroom.

“Serving is a big part of our world today, and I encourage my peers and students to serve their communities all the time,” Hector says. “I hope my students love languages and become bilinguals at some point. I hope my students desire to know about countries and cultures, as well as to serve others in their neighborhoods and cities.”

But even better than simply teaching these lessons to his students at Penn-Griffin, Hector practices exactly what he preaches.

“I try to be present,” he says. “Students know they can count on me for academic and personal needs. I also reach out and be there for parents and the community when needed.”

He says he wants each of his students to know that even once graduation day has passed, they can always count on him, just as they did during school. Howard Stimpson, the administrator at Penn-Griffin, says that this exactly the kind of relationship and trust Hector has cultivated in his time at Penn-Griffin.

“Mr. Gomez is trusted by students, faculty, parents, and the larger community,” says Mr. Stimpson of this recent Teacher of the Year. “He is often relied on by families for advice, guidance, and suggestions about educational decisions.”

Hector is equally proud to be at Penn-Griffin, pointing out that his school has been one of the top ten magnet school programs in the state and one of the top 100 nationally.

“We are not a big high school,” he says, “so I know all the students even if they are not in my class. Being part of Penn-Griffin is being part of a unique arts family.”

While the closeness of his own mother drove Hector to become a teacher, it’s the close-knit family experience that all the students and faculty at Penn-Griffin experience that continues to push him forward.

“Every day there is always that student who comes to you and tells you, ‘Mr. Gomez, thanks for all you do,’ and that is my inspiration,” Hector says. “I want to be sure that I am not only providing my classes with Spanish lessons but also with life opportunities in all other areas of school involvement. We are a small school, and we need to do all we can to be sure our students are not only prepared for the real world but also to provide them with the best high school experiences possible.”

You can support Hector and his students at Penn-Griffin, by contributing to his Extraordinary Educator Amazon Wishlist.

← Have You Been There Yet? New Spots in HP Cards that Connect Us: Pen+Pillar’s Grand Opening! →
×