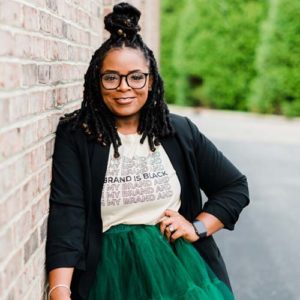 Temoura Jefferies, High Point educator and entrepreneur, knows that in the face of division in our country, one way to unite and support the Black community is to buy from Black-owned businesses. But as she began to dig online for some sort of list or directory of Black-owned businesses in the Triad, she was sorely disappointed.

“Things kept getting pushed down the page,” she explains. This led Temoura to turn her frustration into motivation.

“I just did a call to action on my personal page,” she says. “I posted, ‘Drop Black-owned businesses that you know.’” And the results started pouring in. Before she knew it, she had been given the names of more than 100 Triad businesses, which sparked another idea for Temoura. What if there was one place that all community members could easily access to find a list of local, Black-owned businesses to patron? 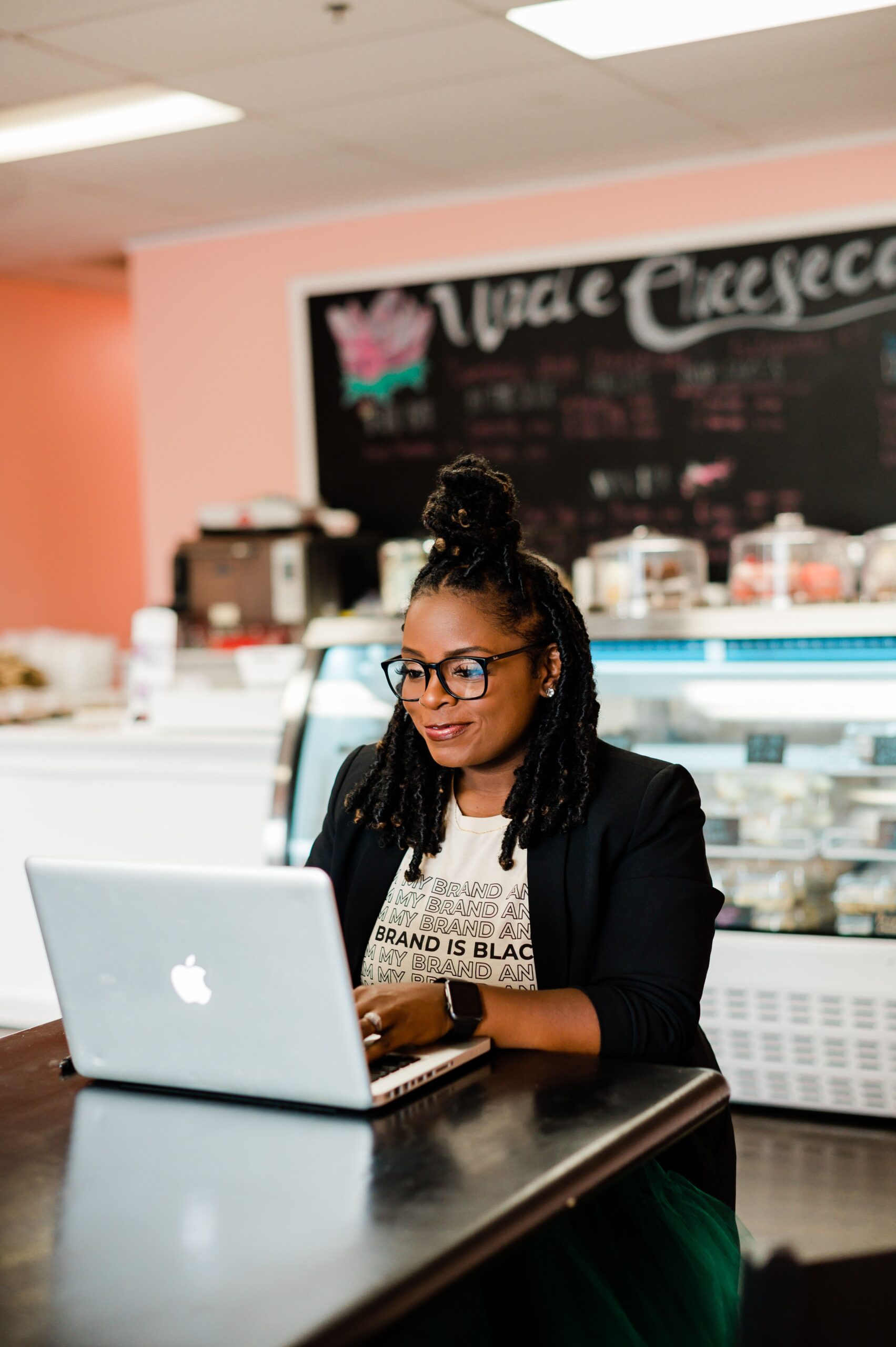 As an educator at Oak View Elementary, a wife, a mom of two, and a digital content creator, Temoura had enough on her plate to keep her busy. Yet she knew that this project might just be the catalyst for something even bigger.

“There’s a lot going on in my house!” she laughs. “But this was a passion project I thought others could benefit from.”

With a background in digital content, Temoura successfully turned a string of Facebook comments into a helpful tool for the whole community. Having written a blog since 2009, created YouTube videos, and launched a digital magazine for natural hair care in 2017, Temoura had no shortage of skills to pull from when it came to creating a beautiful online resource: The Buy Black Guide.

The Buy Black Guide – a website directory dedicated to cataloging and sharing Triad-based, Black-owned businesses – comprises businesses specializing in everything from financial planning to floral shops, from hair and makeup to car repairs.

Before launching the site, Temoura used her digital and design talents to make it accessible and user friendly. She also conducted a wealth of research on the businesses that had been shared with her.

“First I had to input the data,” she explains, “But I also had to verify all the information and check the reviews.” She wanted to share businesses that were places she would recommend to her own friends and family. By the time the site was designed, built, and ready to launch, she realized the timing could not be more perfect: June 19.

“We launched on Juneteenth,” she says. Juneteenth, celebrated on June 19, is a day to celebrate and commemorate the ending of slavery in the United States. And since June 19, the Buy Black Guide has started to take on a life of its own. 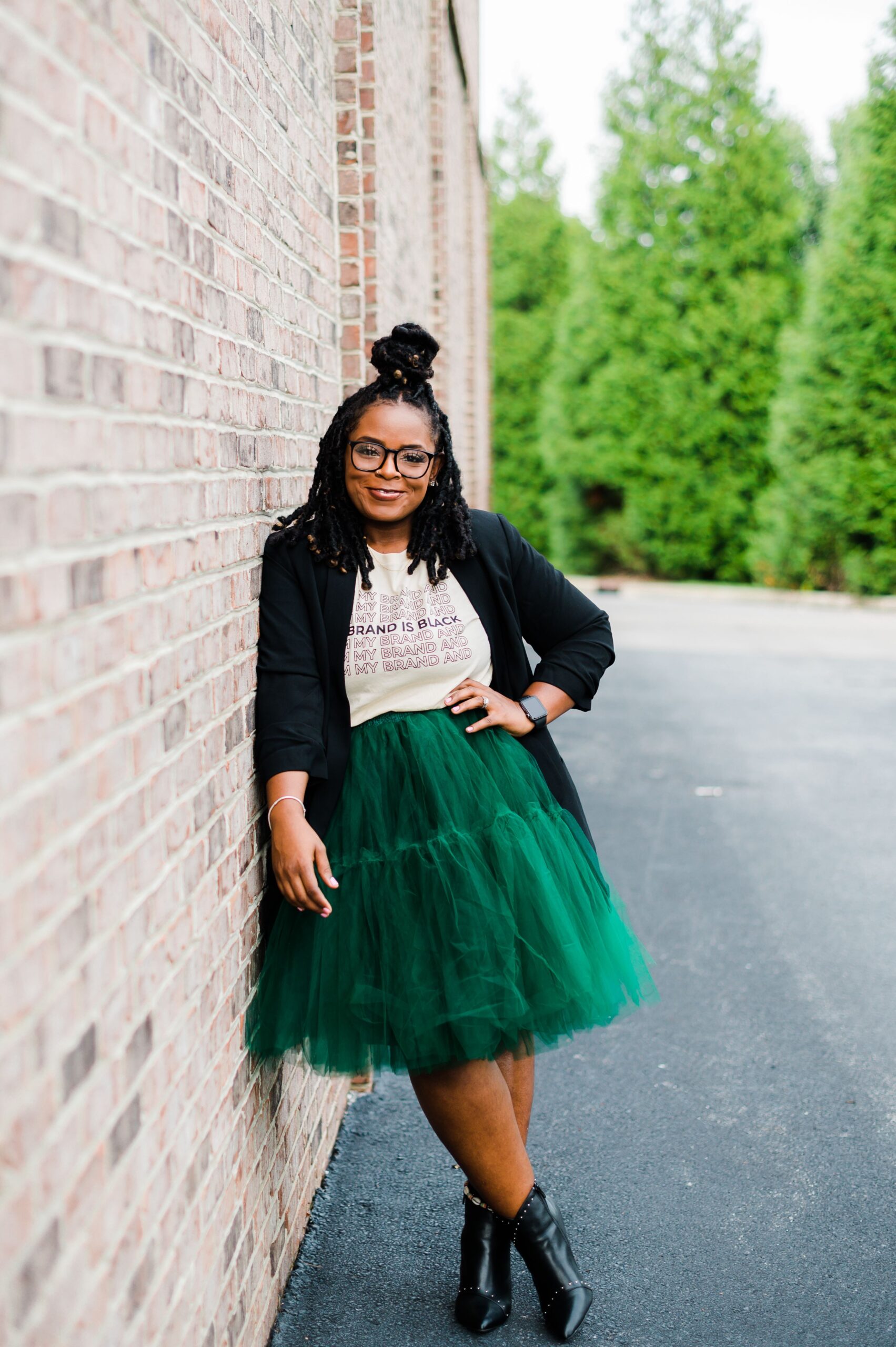 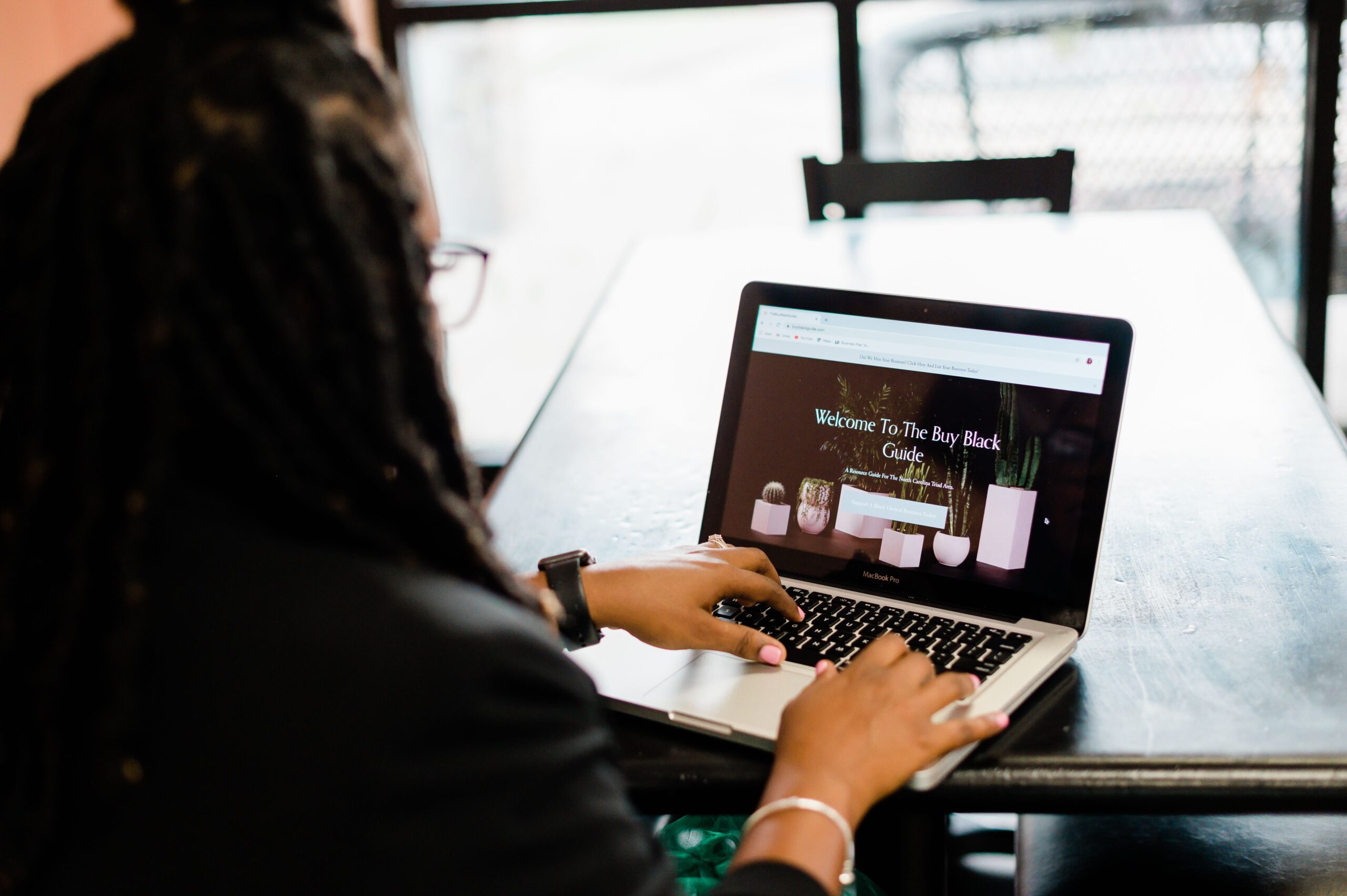 “Through the grace of God, the guide has blown up to be something we didn’t even expect,” Temoura says. Now with more than 400 businesses listed in the directory and over 1,000 subscribers on the email list, Temoura has no doubt that the site is both meeting a need and making an impact.

“I wondered, ‘How can I – a little speck in a big world – be impactful?’” Temoura recounts. “But the guide’s growth has shown me that it’s impactful and helpful.”

It wasn’t long before Temoura was hearing from both businesses and customers all over the state, thanking her for seeing the need and creating this resource. Her work with the Buy Black Guide has been featured now in a variety of publications, and she was even contacted by the NAACP to speak about her project at their High Point meeting.

“The NAACP has been wanting something like this for a while in High Point,” Temoura explains. “Getting support from an organization like that touched my heart. Those are the rooms we want to be in to change and increase generational wealth for Black people.”

In the process of launching the Buy Black Guide, Temoura has gotten a few calls and questions about who is allowed to use the guide. She laughs at the idea that the guide is only to be explored by someone of a certain race or ethnicity because nothing could be further from the truth.

“Money is green!” she jokes. “Everyone can support Black-owned businesses.” 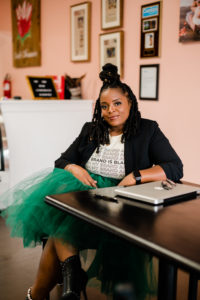 Because to Temoura, the Buy Black Guide isn’t just a helpful shopping resource; it’s an action step towards empowering the African American community.

“Black people have historically not been given the leg up,” she explains. She points out that many places for thriving Black businesses throughout American history have faced huge obstacles of oppression, like the devastation of Black Wall Street in the 1920s. “For the business owners who have risen up and have been able to establish and create these legacies for their families, it’s so important that we patronize their businesses.”

“To start a business you can pass down to your family creates a chain of events that can uplift entire families,” Temoura adds. “We are the descendants of hard-working people, and we’re ready to rise again and build that across the nation.”

So what’s next for Temoura and the Buy Black Guide?

“I am looking to develop an app in the future, as well as a physical publication,” Temoura says. With advertising opportunities, curated product lists, and marketing and networking events for vendors, the Buy Black Guide has blossomed into a community for entrepreneurship. The guide, which Temoura hopes grows statewide and nationwide, remains free for all businesses to use.

“I don’t want to charge people to be on the list,” Temoura notes. “I call my businesses my family members. I want to create an equal system where we can all grow and help one another.”

While she has had subscribers to the Buy Black Guide from all over the country – from New York City to Atlanta – Temoura’s first goal is to empower the local community. Having lived in High Point since the fourth grade, Temoura now feels an allegiance to the community in High Point.

“This is the home team,” she says. “I wanted to do something for my community. How can we impact the world, if we don’t first impact our community?”

Check out The Buy Black Guide today, and find a local High Point business that you can support! Like Temoura says, when we impact our community, we impact the world.