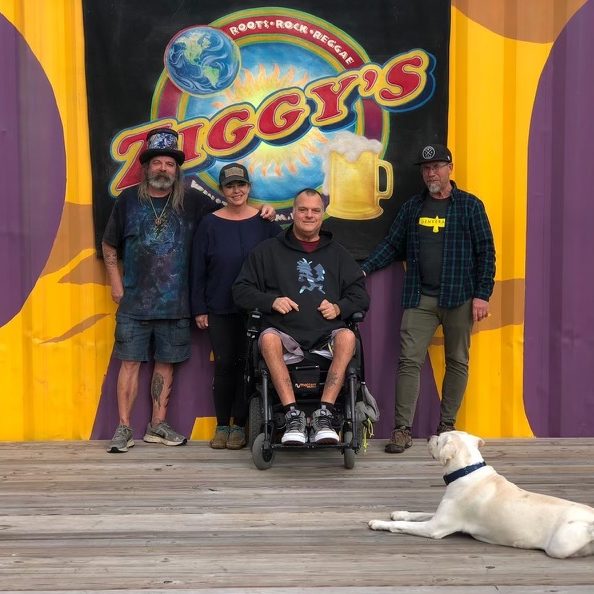 Jay Stephens, Greg, Ziggy's promoter, and some friends stand in front of a Ziggy's sign outside of Cohab.Space

70 shows. 7 months. 35 years of music history. That’s what High Point has to look forward to this year! Looking for concerts near you? Well look no further than High Point! Our city is thrilled to welcome the famous music and entertainment venue, Ziggy’s to High Point this spring!

If you’ve been in the Triad long, you might remember this beloved music venue that once called Winston-Salem home. Owned and operated by Jay Stephens, Ziggy’s has gone through several iterations, and its newest home will be right here in High Point, as part of another well-loved High Point spot, COHAB.SPACE!

We sat down with Jay, as well as marketer and promoter for Ziggy’s, Greg Gerald and COHAB owner, John Muldoon to discuss the vision for this exciting, one-of-a-kind music space.

We sat down with Jay, as well as marketer and promoter for Ziggy’s, Greg Gerald and COHAB owner, John Muldoon to discuss the vision for this exciting, one-of-a-kind music space.

Because this new version of Ziggy’s, dubbed ZIGGYS.SPACE, is much more than just a musical venue. It’s going to be a creativity and music hub. And it all stems from its legacy and history, starting all the way back in 1989.

Because before there was Ziggy’s, there was just Jay, a college fraternity member at Wake Forest University. As the social chairman of his fraternity and a longtime music lover, Jay decided it would be fun to bring bands into the basement of their frat house for performances. While their first few shows were mostly made up of bands the fraternity brothers were friends with, it didn’t take long for the space to catch on.

“We started humbly,” Jay says, thinking back on those college days. But when Jay, a former tennis player, broke his neck and found himself paralyzed, his desire to bring in live music evolved.

“I knew I wouldn’t be able to travel as much,” Jay recalls about his accident. Since he was a tenth-grader, Jay had traveled around the country following The Grateful Dead from concert to concert. Music had always been a part of his life, and Jay couldn’t imagine that changing. So instead, he decided to take matters into his own hands.

“I decided, I’ll buy a bar and bring the bands to me,” Jay says matter-of-factly.

From the very first days of Ziggy’s life, the mission has been the same: “We embrace all styles of music: roots, rock, reggae.” Their philosophy has also been to scout out the up-and-coming bands before they make it big, giving them their first platform for performance. From the Ziggy’s stage have come bands that are now globally recognized like Hootie and the Blowfish, the Dave Matthews Band, Thirty Seconds to Mars, Phish, and more. 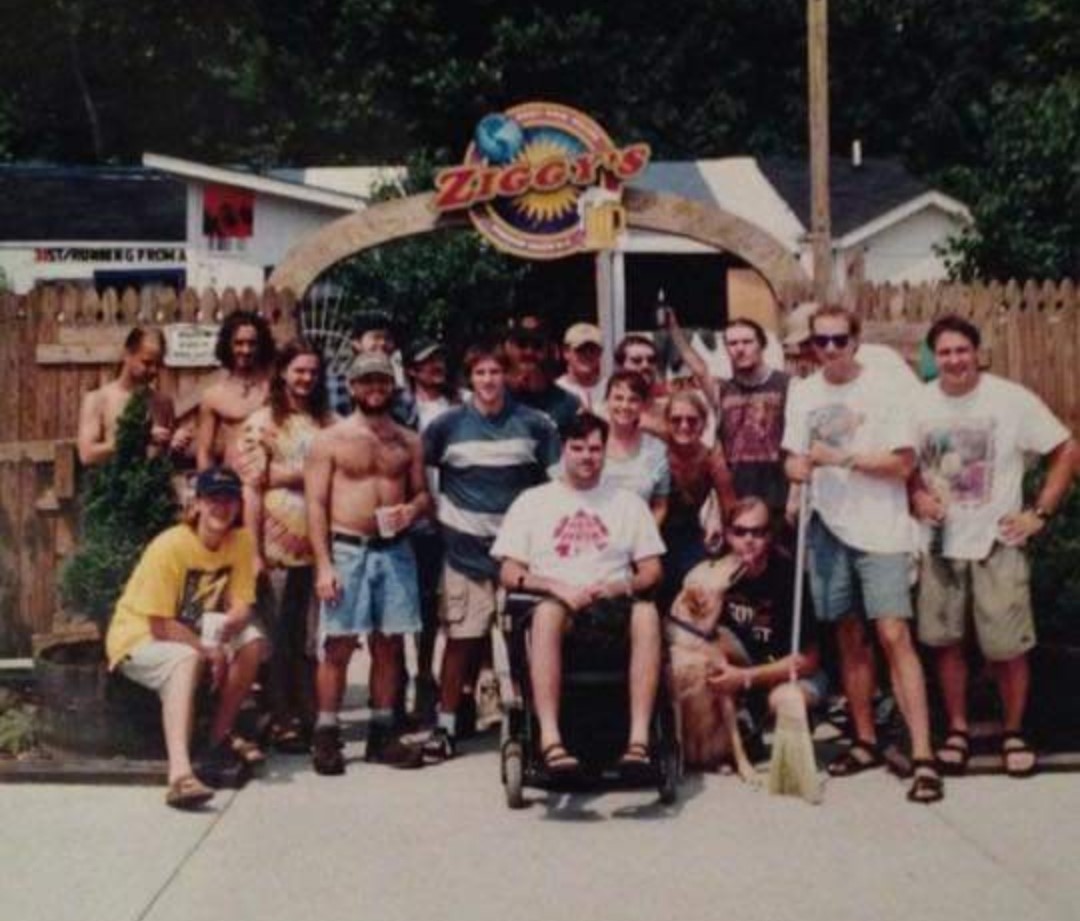 “We expose them to our crowds and try to build them up to where we can help them move from the club level to the theater level, and then hopefully, to the coliseum level,” Jay explains.

Greg, Ziggy’s promoter and marketer, has plenty of experience in finding rockstar talent before they make it big. He laughs now, remembering booking Luke Combs for $300 to play a small room at a venue.

“Everyone has to start somewhere,” Greg says.

“This is really an extension of what we’ve done,” Jay says about ZIGGYS.SPACE. “We're not going to change our philosophies at all. We're just going to move the spirit from the Winston-Salem market to the High Point market.”

So what can fans of Ziggy’s and live music expect from the new location in High Point? More great music! With plans to host 70 shows within their first 7 months of being open, Ziggy’s is coming out of the gate rocking and rolling. Their goal is to have a show Tuesday through Saturday, with a mix of national headliners, local, and regional bands. But beyond the live shows, John and Jay have envisioned an even more innovative extension for ZIGGYS.SPACE in High Point.

John, owner of COHAB.SPACE and HPxD member, already knows plenty about how to bring innovative creativity to a city. His space, while part of the HPxD collection of furniture and design showrooms open year-round in High Point, also hosts opportunities for creative community building. He sees ZIGGYS.SPACE as an extension of that community.

"How do we take this creative space, which is not music-related... and change the DNA of a city through music and creativity?” John asks. “How do you do something in such a way that we're still raw enough to attract the creative talent to want to come in and impact change on this property and other places in the neighborhood?”

John, along with his fellow HPxD members, believes that creativity in High Point is so much bigger than the furniture industry. While John himself has a tremendous career in the furniture and design industry, his desire is to see High Point become a nexus for all types of creative talent.

“It’s not about furniture,” John says. “It’s about the community and activating the street and anything we can do to support changing the street.”  John and Jay both envision ZIGGYS.SPACE becoming a hub for musical talent and creatives in the Southeast. In their brainstorming, they’ve discussed everything from a live all-day feed for “Ziggy’s radio,” supporting other music and record stores, and inviting musical creatives to come produce music right from ZIGGYS.SPACE. For John, using the already beautiful campus surrounding COHAB.SPACE to set up a community building musical hub is a no-brainer. In fact, he foresees more creative spaces being able to share square footage to better the flow of creative juices.

“ZIGGYS.SPACE changes the narrative,” John says. “It changes the way building owners look at their businesses.” 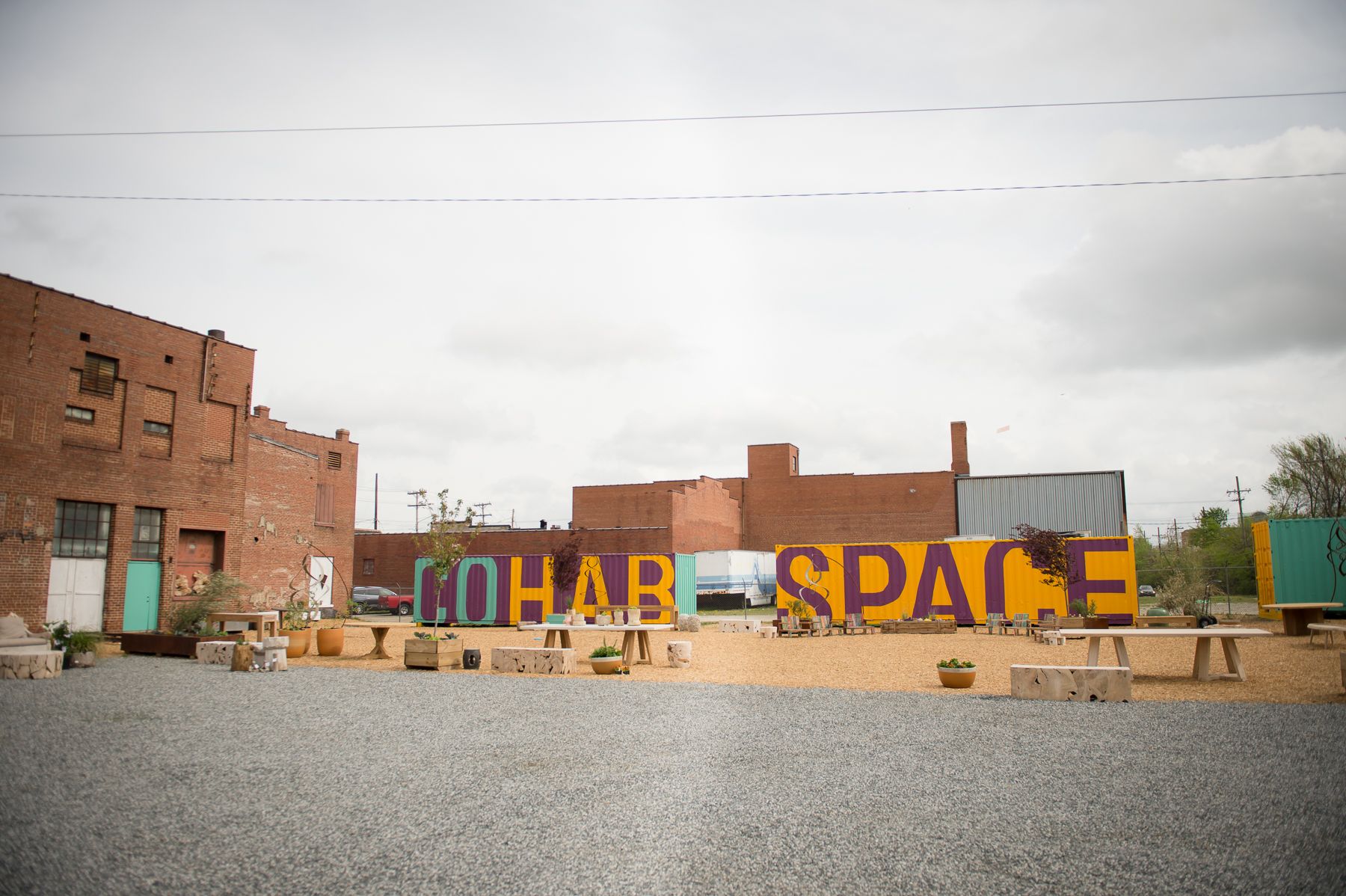 The Ziggy's.Space location at Cohab. Space

Best of all, High Pointers get the perk of having ZIGGYS.SPACE right in our own backyard! ZIGGYS.SPACE is offering an exclusive Local’s Ticket that offers two tickets to all 70 shows plus VIP seating (Get your tickets now!). ZIGGYS.SPACE will also bring visitors from all over to High Point, thanks to their shuttle service and widespread reach to their loyal audience.

For Jay, John, and Greg, ZIGGYS.SPACE opening is just the next chapter in the great story of what Ziggy’s will bring to our city: creativity, night-life, community, and most of all music for all to enjoy.

Get your tickets now!

Keep up with Business online!