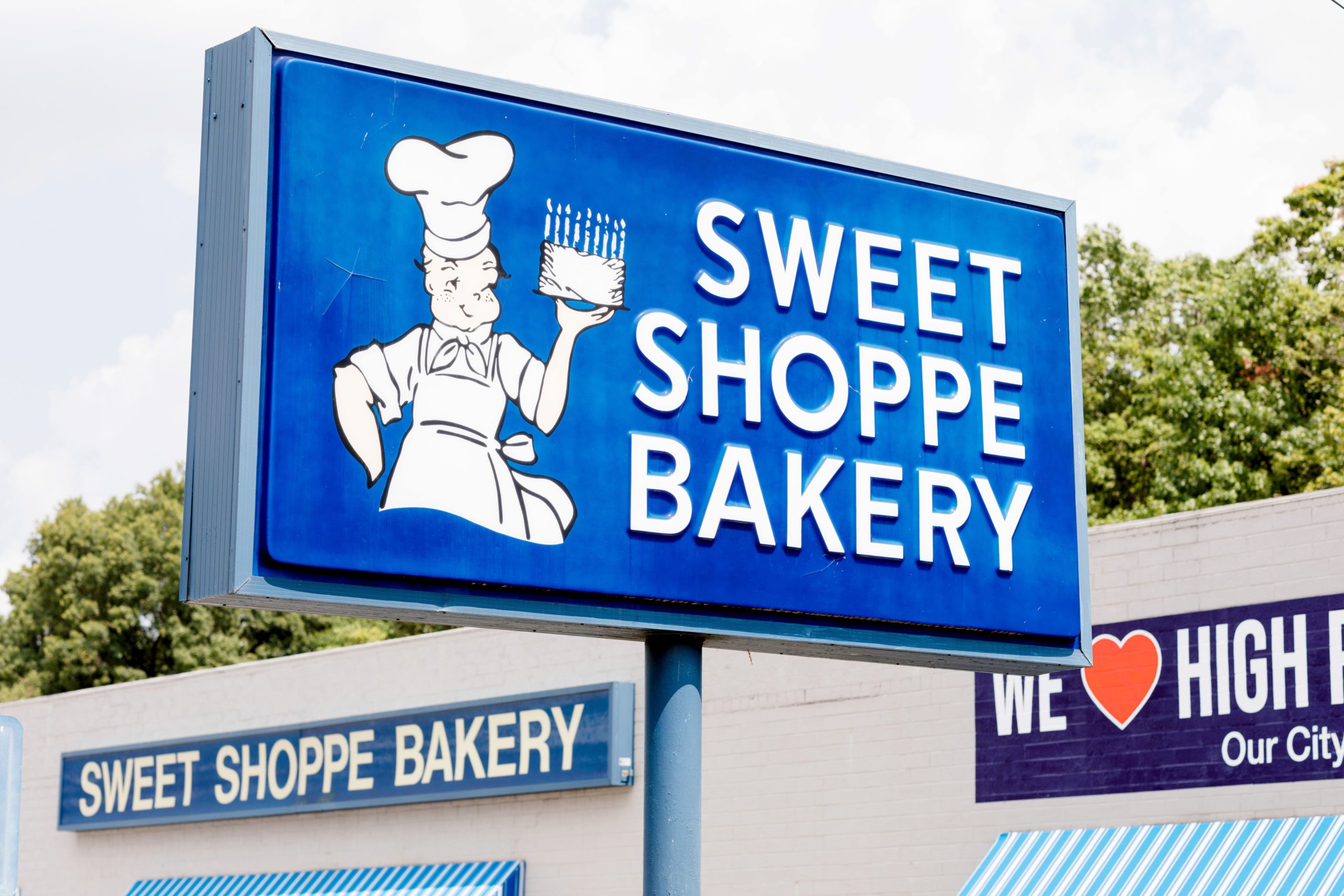 When it comes to an entrepreneurial spirit, the Sloop brothers of High Point had it in spades. Each of the brothers ran a business in the city after World War II. One brother ran a gas and convenience store. One, a fireman, opened Sloop Fire Extinguisher Sales & Service. And one, Jim Sloop, opened a bakery.

When he returned from WWII, Jim had a taste for sugar. He fell in love with a bakery where he was stationed in Kansas, and after sugar rationing, Jim came back to his hometown of High Point ready to provide something sweet. Along with his sister, Alma, Jim opened Sweet Shoppe Bakery in 1946 in the West End – the first of many locations the beloved bakery would open. For years, Jim grew the bakery from a small shop, to a multi-location business, famous for its buttercream icing, sugar cookies, cream horns, and of course, their cakes.

Today, Sweet Shoppe Bakery lives on 2008 N. Centennial Street, where it’s sat since the late 1960s. The bakery is owned by Jim’s daughter, Judy Cagle, and her husband Ken Cagle Sr. But it’s Jim’s grandson, Ken Cagle Jr., who manages the day-to-day operations of the bakery. 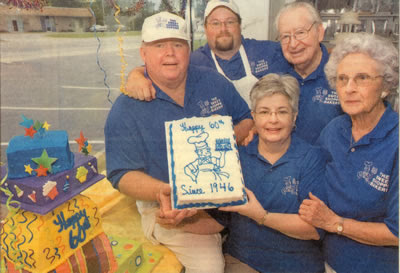 “I do whatever needs to be done,” Ken says. From decorating cakes to working in the shop, to managing the books, to even washing pans, Ken isn’t above rolling up his sleeves and putting in the hard work – a skill he learned from his grandparents and parents.

“Up until the time he got sick, he would still come in,” Ken says of his late grandfather, affectionately known as “Daddy Jim.” “He would work 10-hour days and still go home and get out and do yard work.”

Ken’s grandmother, Helen Sloop, who just turned 100, had the same work ethic as her husband. Ken calls his grandmother the “energizer bunny.” She worked in the bakery until she was 98 years old and her eyesight became too weak for her to do her office work. During the hectic Christmas season, it wasn’t unusual to find Helen at the bakery from 6PM to 3AM. Even now, Helen will call her grandson to tell him she wishes she could be at the bakery helping. 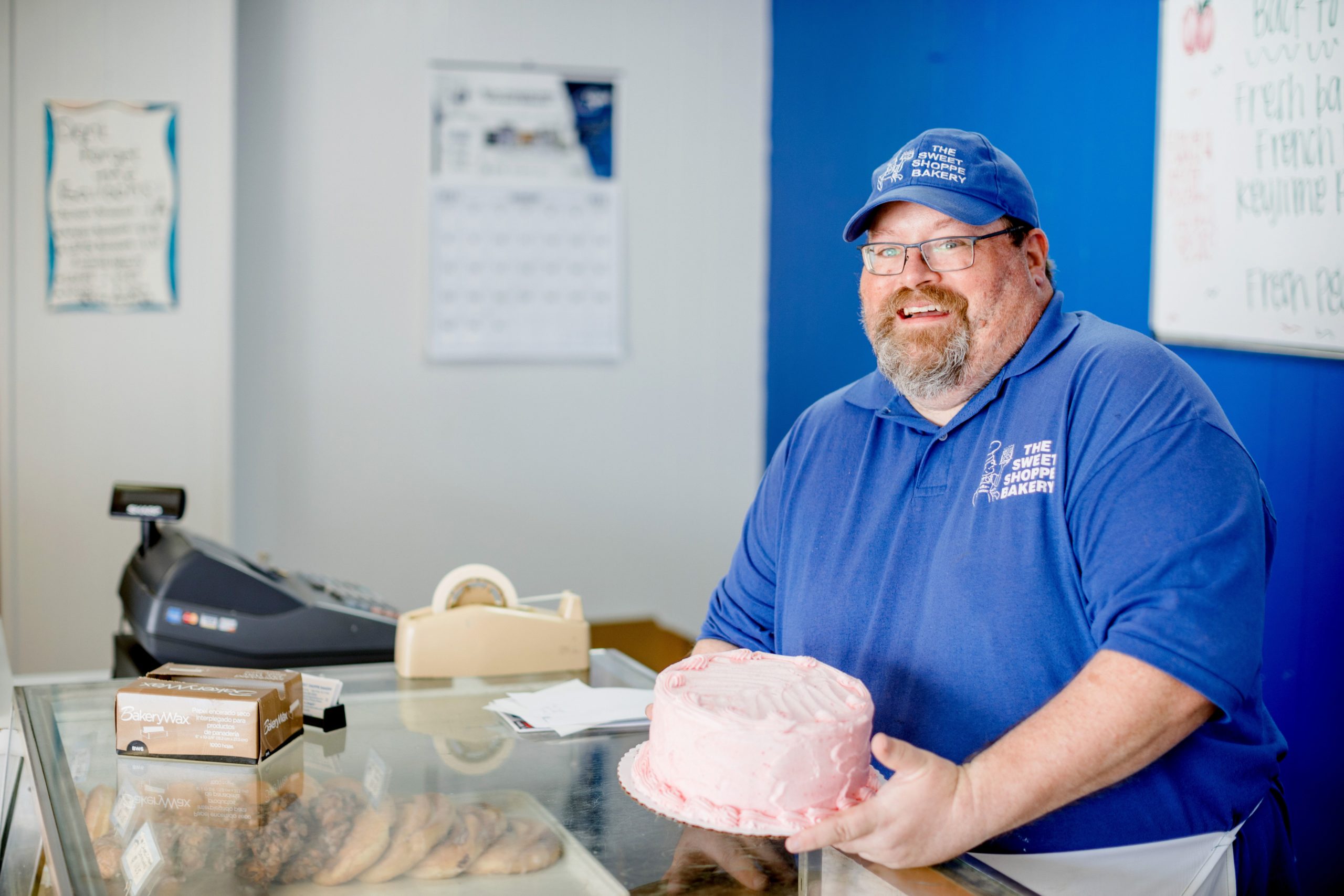 But the Sloops and Cagles know running a family-owned business takes a lot of work. In fact, growing up, Ken saw the work firsthand, both as his parents worked long, demanding hours, and as he was put to work in the shop from a young age.

“My grandmother used to pay me a penny a box to fold boxes,” Ken says, referencing the quintessential Sweet Shoppe boxes that always hold something delicious. By the time he was 13, Ken was working in the Sweet Shoppe in the old Cloverleaf Shopping Center on Montlieu. It was there that he eventually started learning to decorate the cakes.

But he wasn’t so sure in his younger years about taking over the bakery. While he enjoyed making the extra money and helping his parents and grandparents, he initially charted a different course. He had seen the investment – both of time and emotion – that the bakery demanded of his grandparents and his parents, which left him unsure if he wanted to continue in the baking profession.

“I’d gone to college, and I had a separate path that I had planned to take,” Ken explains. But one Mother’s Day, he came back to High Point to help his family ready cakes for the holiday. 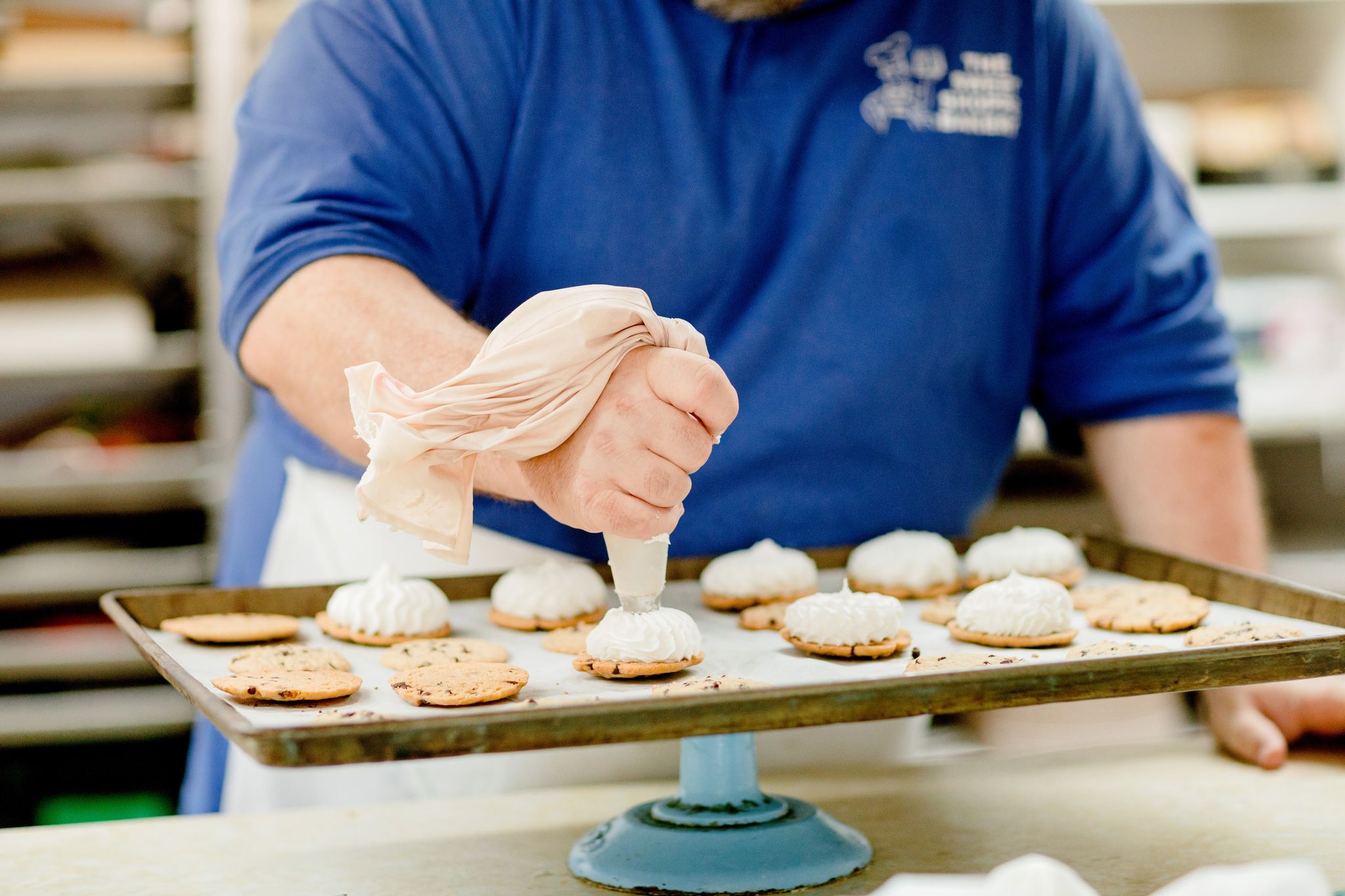 “There was a cake I did for somebody on Saturday, and the mother came back in on the following Tuesday,” he says. “She had refused to let anybody cut the cake… because of the way it looked. She come back in to get another cake, so she could give it to the family because it was something that was so special to her.”

In that moment, Ken said something just clicked for him.

“It’s not always about the money,” he says, “and sometimes the headaches are worth seeing the smiles.”

After 75 years, Sweet Shoppe Bakery has seen and provided their fair share of smiles to the High Point community. Many people in High Point have grown up with Sweet Shoppe as part of their family traditions – from a sugar cut cookie after school, to birthday and wedding cakes, to sharing a cinnamon stick with grandparents.

Some customers, who have moved away from High Point, even have Sweet Shoppe mail them their favorite sweet treats. From Florida to California, Sweet Shoppe has provided that sweet flavor of nostalgia and childhood that can’t be replicated. 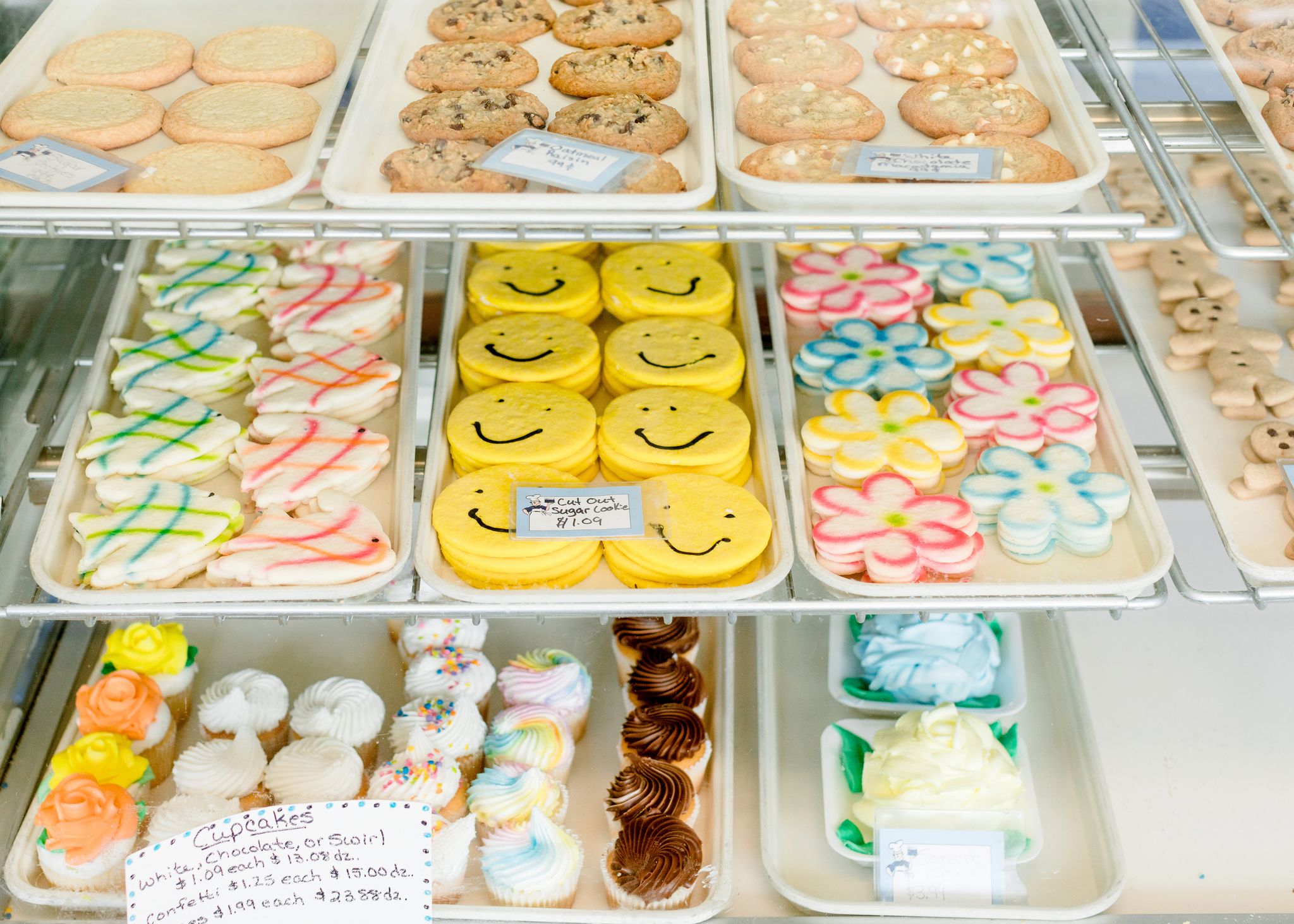 That one-of-a-kind taste comes from the bakery’s unfailing dedication to make their treats from scratch. Ken notes that in a world where we can have almost anything we want with the click of a mouse, there is something special about things done the long way – the right way.

When he was first starting at the bakery, Ken Jr. would often find himself frustrated with his parents for not being willing to find quicker ways to do something.

“But as I got older and a little bit wiser, I understood sometimes it’s better to take your time and to do it the right way than to try to speed the process along and the product not come out quite as well,” Ken says. Today, Sweet Shoppe prides itself on being a place where customer service is still a priority, the products are still fresh, and the conversations are still personal. 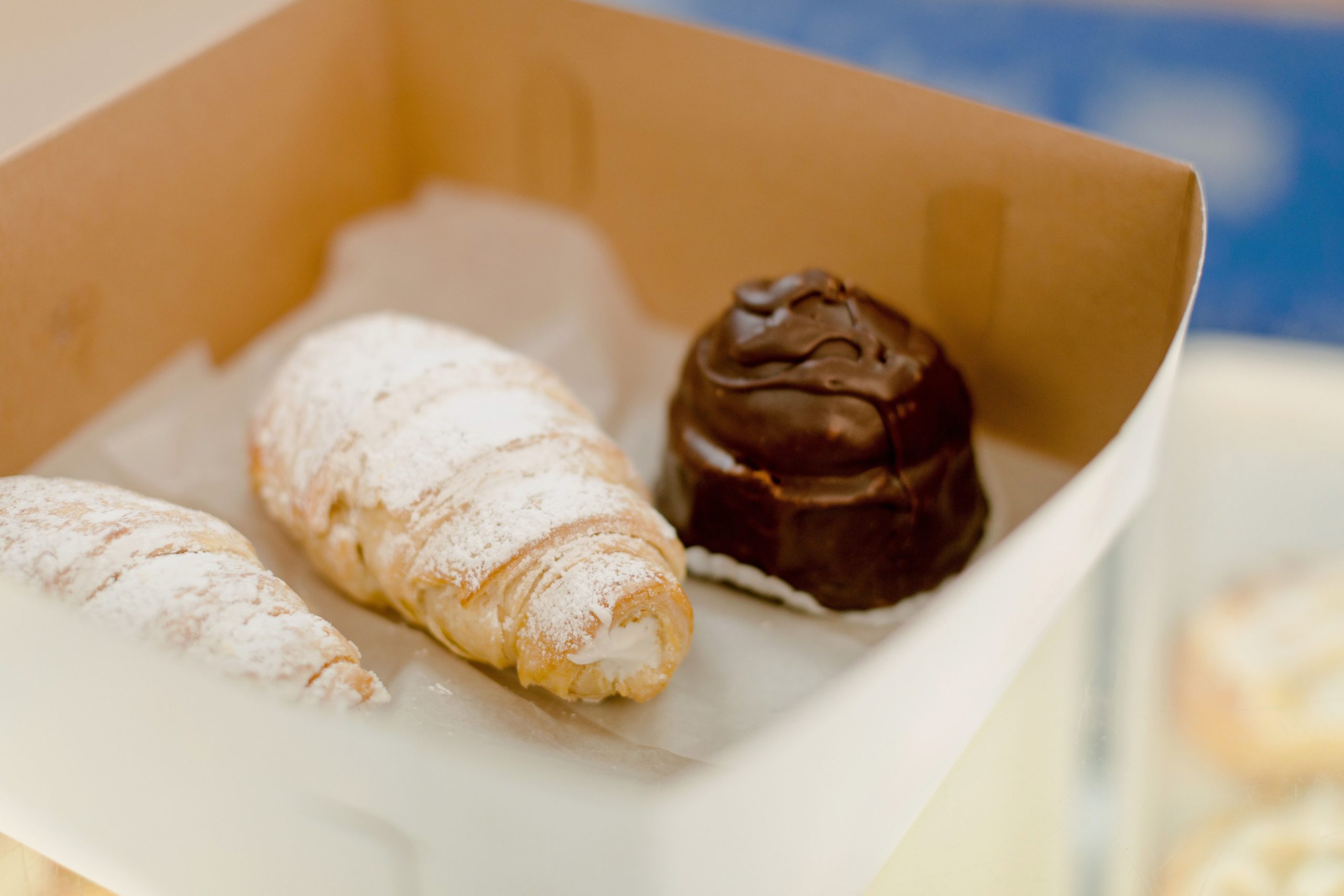 “We still know the people who come in on a regular basis. We know their names. We ask how their family is doing,” Ken says. “We have conversations with people that we as a society have lost… We try to bring a little bit of that back to the community.”

And the community shares the same love for Sweet Shoppe. During the pandemic, Sweet Shoppe closed temporarily in accordance with the mandatory shutdowns. When the shop reopened, Ken says they were met with an outpouring of support. From their weekly customers to the customers who get their birthday cakes, to their Market guests who visit twice a year, the folks at Sweet Shoppe can’t imagine spending half a century anywhere else.

“At one point we had stores in Greensboro and in Burlington,” Ken says, “But High Point has always been home.”

When he reflects back on the life and work of his grandparents, Ken knows that Daddy Jim would be proud of where the bakery is today: a third-generation, family-owned business, still dedicated to trusting the process to bring joy to their community. 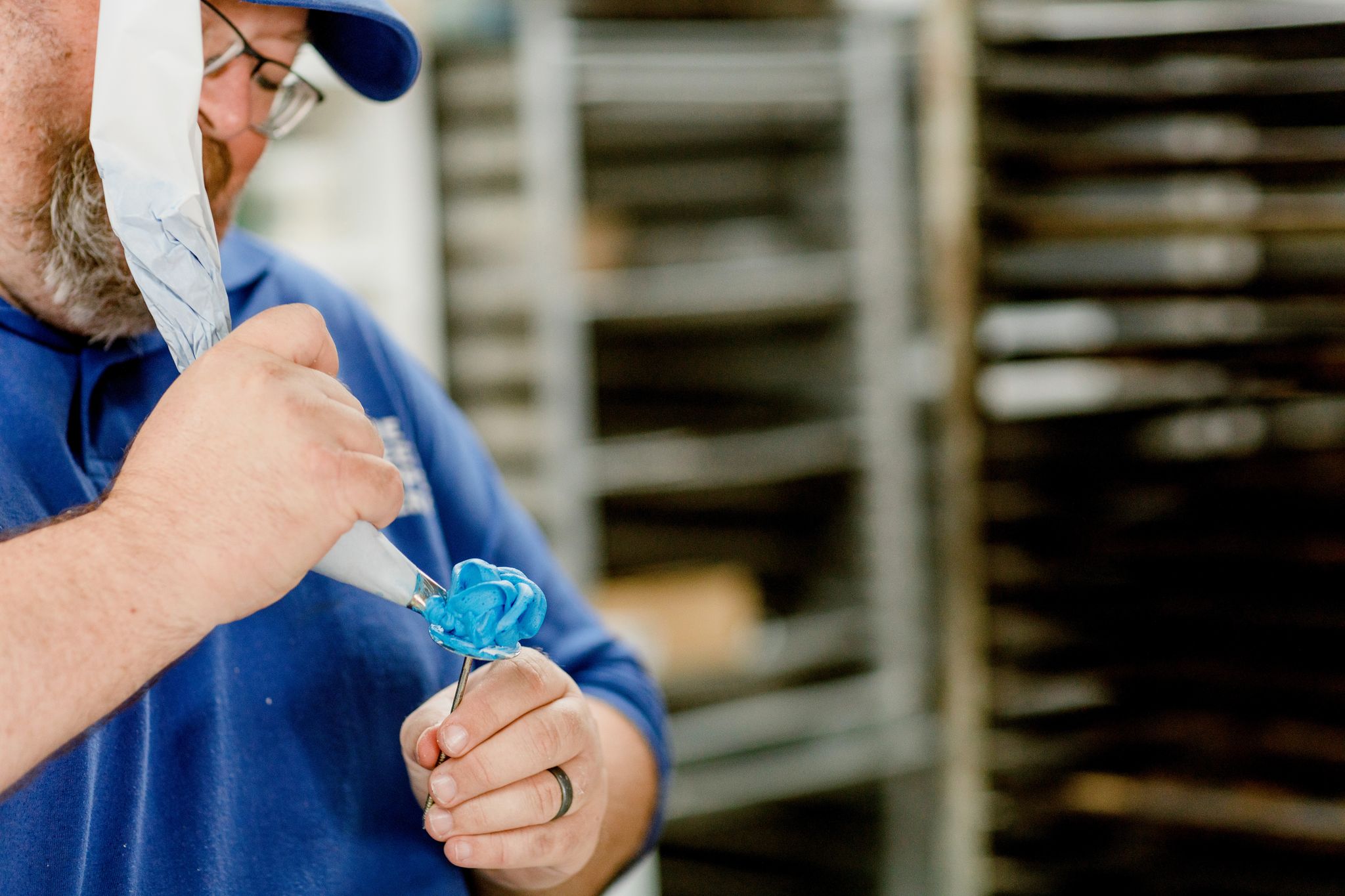 “As it became more of a family thing, my grandfather took more pride in that,” Ken says. “Especially when I started getting into the business, and he saw that I was going to take over. It gave him a little bit more joy knowing that it was becoming a legacy.”

And Sweet Shoppe’s legacy doesn’t end with the Sloop and Cagle family. Throughout the years, Ken has seen kids who grew up coming to Sweet Shoppe now returning with their own children. From driver’s licenses to diplomas, from weddings to new births – the bakery has walked with High Point families through all kinds of milestones.

“It’s nice,” Ken says, “being able to experience all that with them and still give them the simple joy of enjoying a little bit of buttercream icing.” 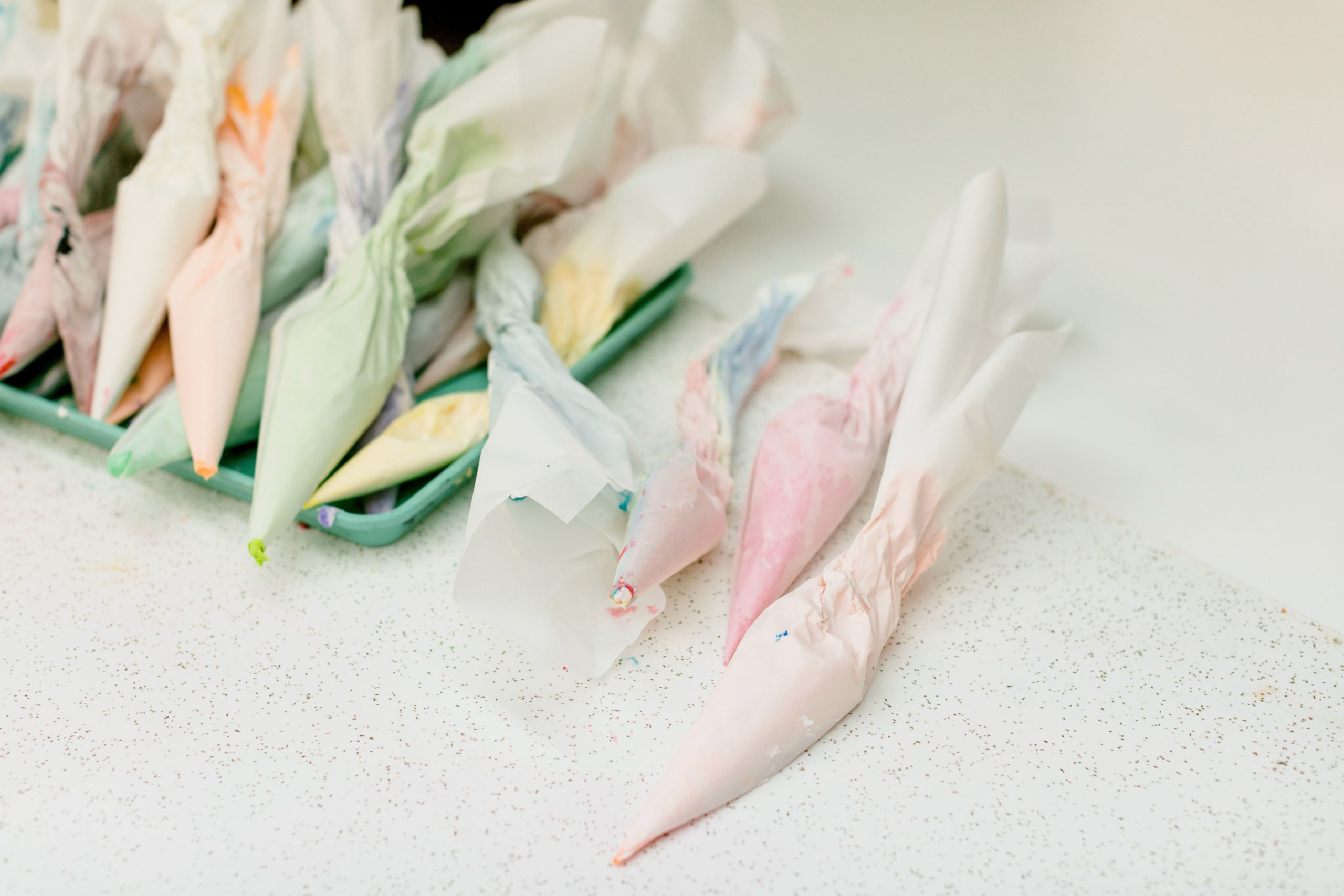