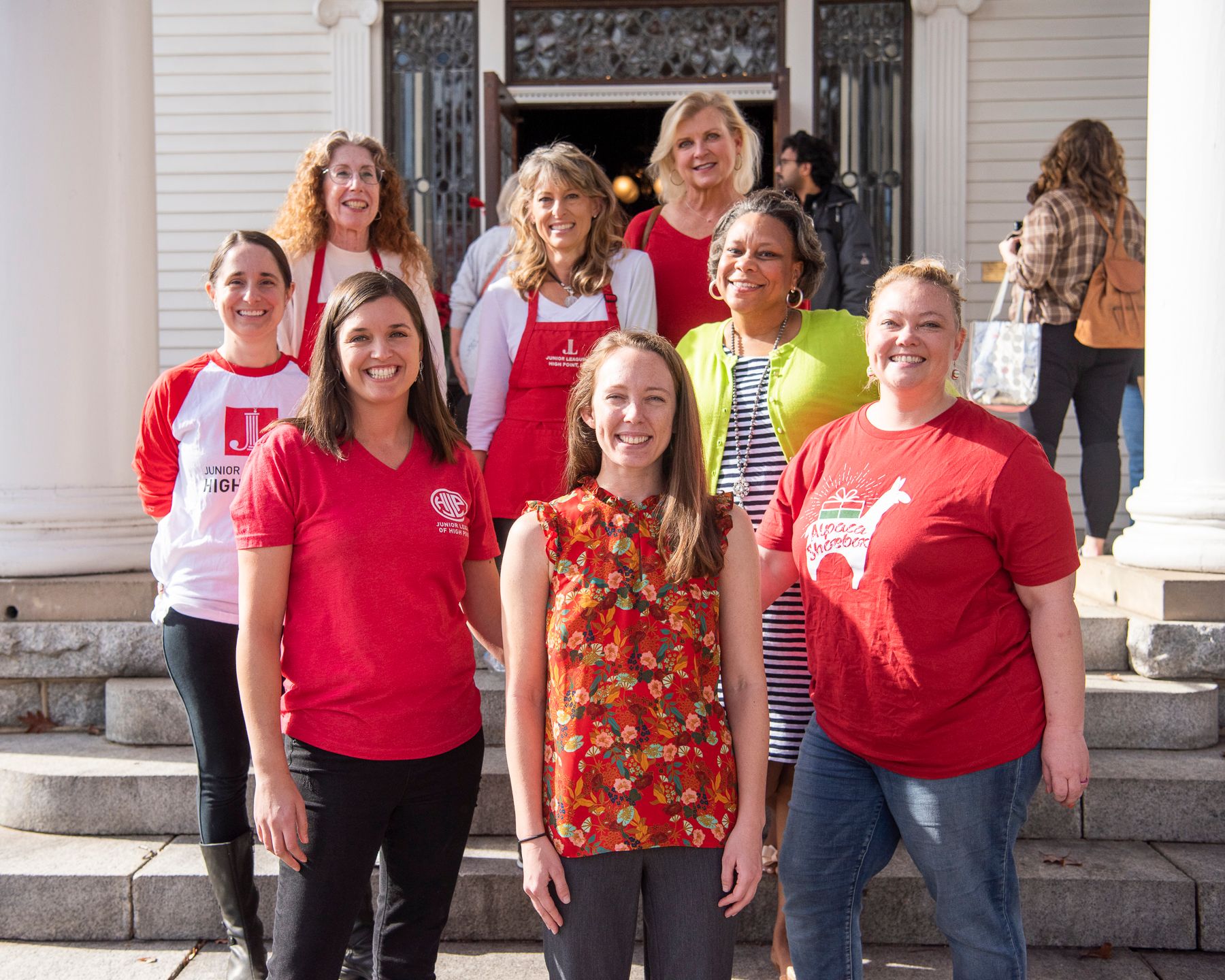 The Junior League of High Point. The 2020-2022 president, Rebecca McCarter stands in the center.

It’s no secret that High Point is an incredibly generous community. From ending food insecurity to raising future leaders, to providing health care, to providing warmth to those in need, to much, much more – High Point is full of change makers and giving people who make our community better for all.

And one of those organizations that works to make our community stronger in a variety of ways is the Junior League of High Point. Their aim, “to support women, children, and education in our community,” has been making changes in High Point for nearly 100 years. And while their projects, membership, and perspective has shifted slightly over the last century, their commitment has not. JLHP still exists to support women who want to become active, engaged change makers in our city. We sat down with current JLHP president, High Point native, Rebecca McCarter, to learn all about the history and future of the Junior League of High Point.

“Junior Leagues have been around for about 100 years,” Rebecca explains. She goes on to explain that not that long ago, women didn’t have the opportunity to lead non-profits, boards, committees, and organizations the way men could, so they had to find other ways to get involved in their community. Junior Leagues, female-led and female-based organizations, around the nation helped affluent women support their community through generous giving and service projects. 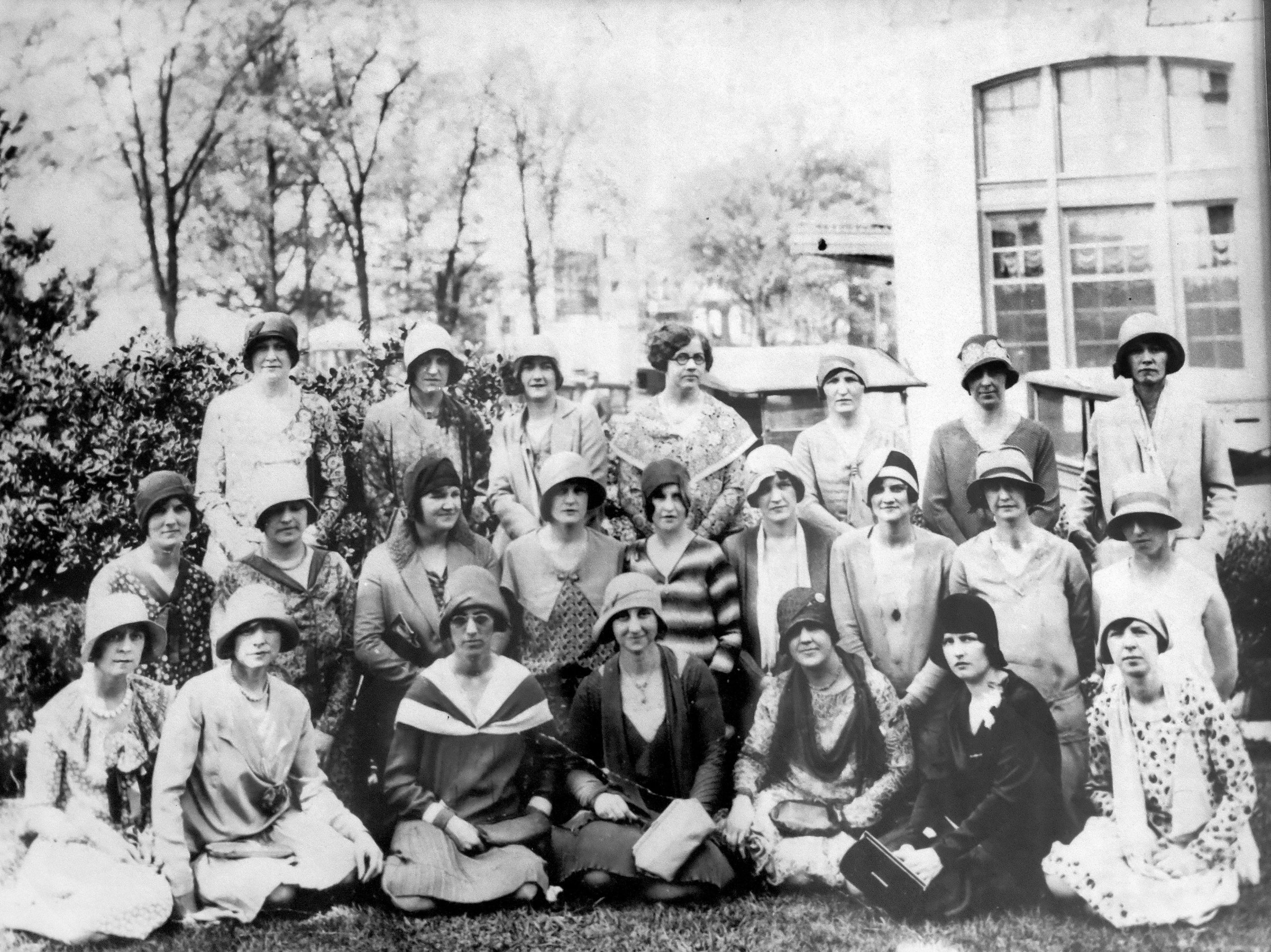 "These women wanted to go into the community,” Rebecca says of the matriarchs in the first Junior League chapters in High Point. “They really wanted to be hands on, learning what the issues were and how they can affect them.”

But today, Rebecca says Junior Leagues have changed a lot for the better. Now, the women involved in the Junior League are mentored and grown to develop leadership and business skills they can take into the world.

“Our mission is to promote volunteerism, develop the potential of women, and improve the community,” Rebecca says. “And we do that through the effective action of trained volunteers."

Looking for opportunities to volunteer in High Point? Join the Junior League!

Discover how to become a Junior League of High Point member! 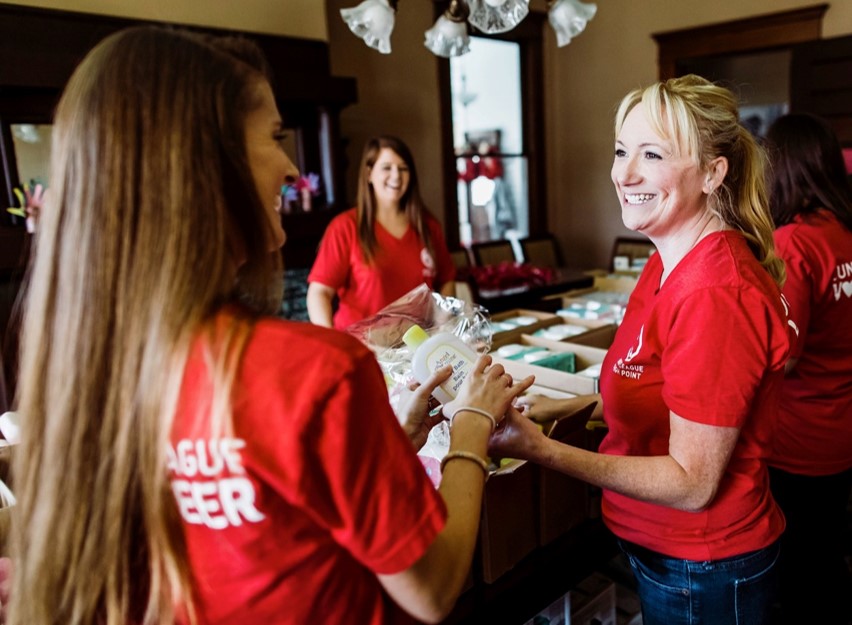 But the goal isn’t for the women to stay involved solely in JLHP forever. With around 40 active members and 180 sustaining members who are no longer actively involved in JLHP, their goal is to empower women to find other sectors of High Point to serve within.

“Our members can leave our organization and the projects that we do and then go out into the community, go to other nonprofits, go to their personal lives or their businesses, to take these skills there and improve the community with a well-rounded approach,” Rebecca says.

Along with their shift to include leadership development for their members, Junior Leagues across the country made an active push in the 1980s and 1990s to become holistically more inclusive for all who wanted to be involved in their community. In the past, a nomination was required to join a junior league. Today, the Junior League of High Point invites all women who want to serve their city to join their efforts. When asked to describe the future of the Junior League of High Point, Rebecca answers: “Diversity, equity, inclusion, belonging.”

“If you have a passion for service, you love High Point, you love volunteering, and you want to meet people and better yourself, then we welcome that!" Rebecca says. 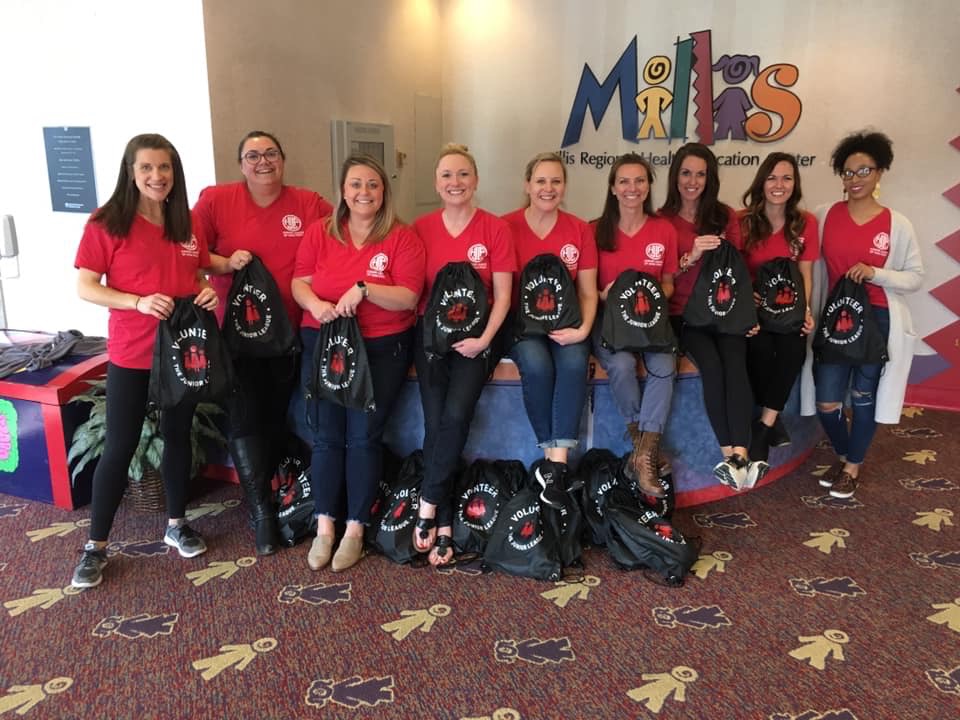 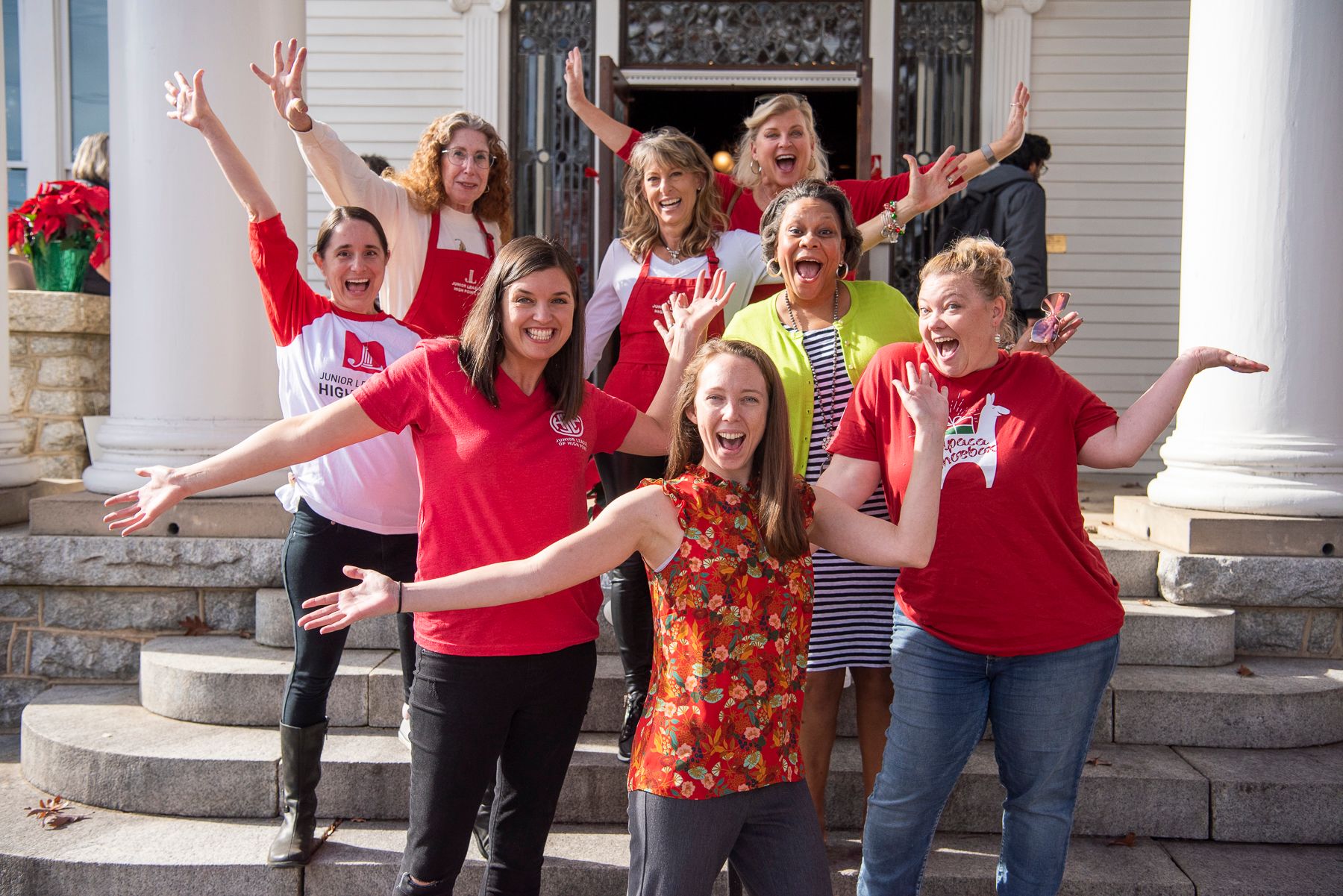 Over the last century, the Junior League of High Point has been on the forefront of leading many efforts for service and improvements in High Point. Some of their past projects include the start of the Carousel Theatre, the development of the Little Red Schoolhouse at the High Point Museum, serving through the Out of the Garden project, and more. They even saved their current headquarters, the historic Briles House from demolition back in 2002.

In the last few years, JLHP has narrowed their focus to support largely other women, education, and literacy efforts in High Point. Through their partnership with Reading Connections, they will be launching a tutoring program, and they recently built a League Little Library in front of their headquarters.

By partnering with Greater High Point Food Alliance, JLHP is also doing their part to support efforts to end food insecurity in High Point. Through the High Point YWCA, JLHP members offer a “crock-pot cooking class,” where they teach participants how to make easy, healthy meals in the crock pot and provide each attendee with a free crockpot. Through YWCA and the Millis Regional Health Education Center, JLHP also offers their “Kids in the Kitchen” program, a three-part workshop that teaches children the importance of exercise, nutrition, and healthy eating and cooking habits.

And each and every project that is strategically chosen and invested in by the Junior League of High Point is providing tangible good in the High Point community. With a membership base composed of women who are passionate about their city, JLHP seeks to leave High Point better than they found it. 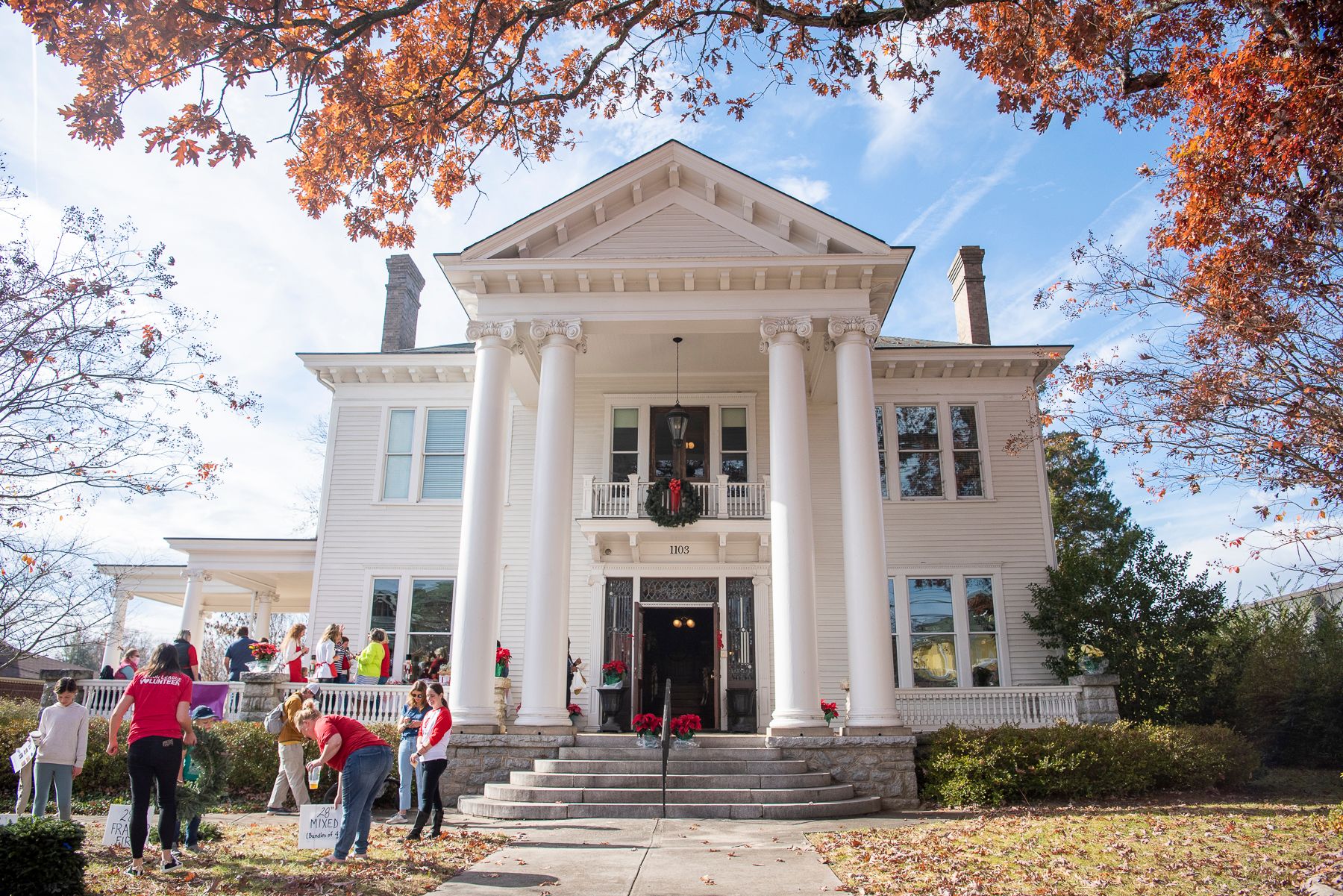 Rebecca herself is a living testament to how invested the members are in our city. As a High Point local who left to attend college in Wilmington, NC, Rebecca jokes that she once claimed she would “never come back to High Point.” Ten years later, and she hasn't regretted her move back to High Point in the slightest.

Her return, to work as an event planner at the String & Splinter club, introduced her to other women who were part of the Junior League.

"I came back home for that job, but I was only going to stay a couple years,” Rebecca remembers. “But then joined the Junior League."

As Rebecca began meeting other women in the community who had a passion for the city and its citizens, it sparked a change within her. She began to see the great opportunity she had to give back to her hometown. Ten years after her return, after two terms as president of the Junior League that helped re-kindle her appreciation for her hometown, Rebecca says she is "unapologetically in love with High Point."

“I know High Point's not perfect, but every city and every place is imperfect,” Rebecca says. "But you have to find the good and you hold onto it, promote it, and just appreciate it for what it is.”

And that is exactly what the Junior League of High Point aims to do in a very real, tangible way. To find the good, to join in the efforts, and to be better of seeing our city grow into a place where we can all fall unapologetically in love with High Point. 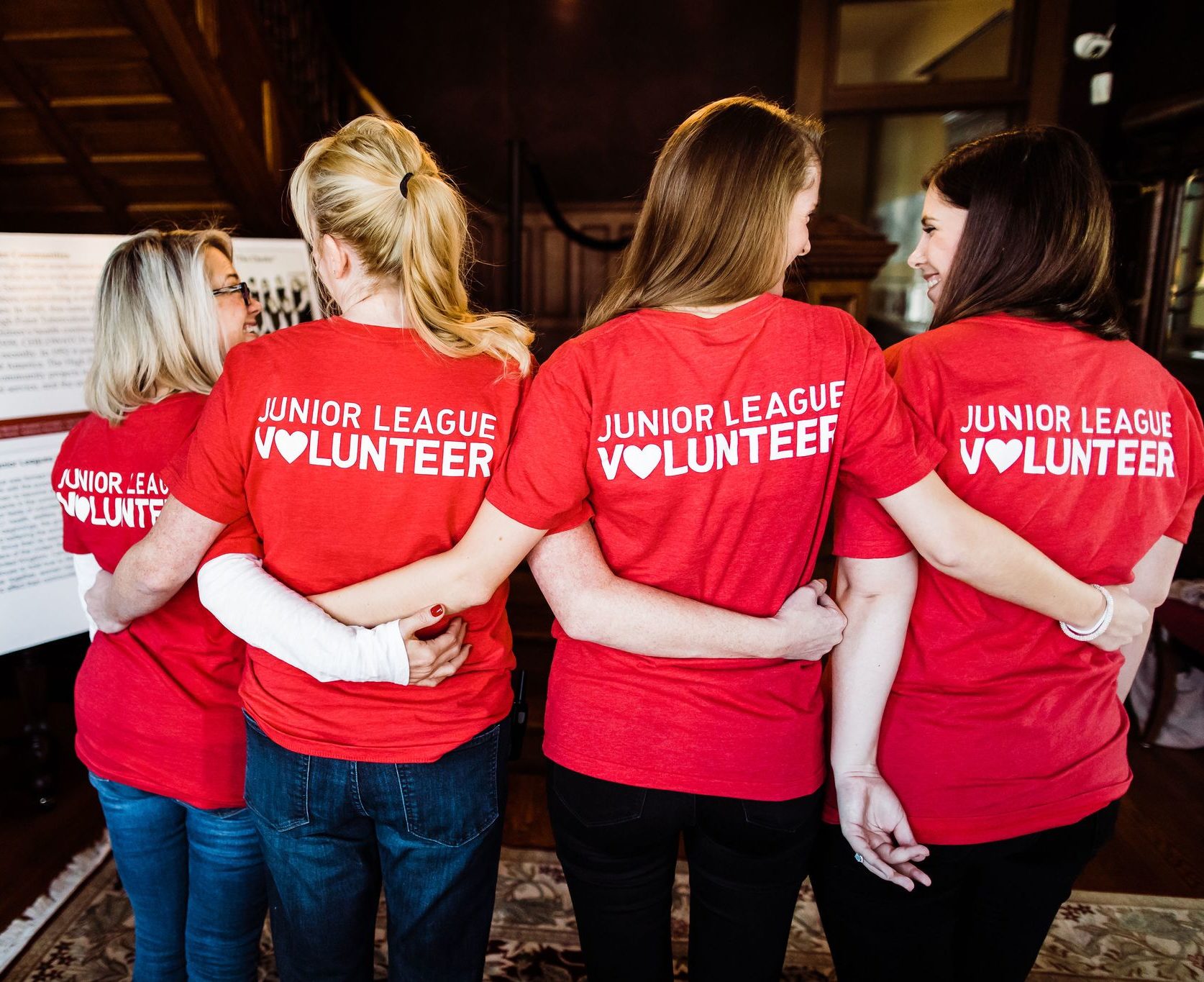 Discover more about the Junior League of High Point!

Discover how to become a Junior League of High Point member!

Keep up with the Junior League of High Point online!