High Point is known as North Carolina’s International City and now, we’ll be known as the home of the international sport – soccer! Introducing Carolina Core FC – an independent soccer club that will be part of MLS NEXT Pro!

Before we start chanting the new rallying cry (CCFC! CCFC!) and donning our Carolina Core FC gear to cheer on the team – we discovered that this soccer team involves a lot more than a new kind of entertainment or a few more events to attend in the city in the coming years. No, as club ownership investor, Megan Oglesby (of Carolina Soccer Ventures, LLC) said: “It’s not just about a men’s soccer team.”

So what is Carolina Core FC all about, and what does it mean for our international city? It means economic growth and pride of place for our hometown, excitement and unity across our region, and even the potential for our city to be a developing agent for U.S. World Cup players! We sat down with Carolina Core FC club President, Andy Smith, Chief Operating Officer, Evan Mitz, and Megan Oglesby to discover more about pro soccer in our city.

A little history about our beloved stadium, Truist Point: it was always designed to be a multi-use stadium. Meaning that in addition to hosting our baseball team, it could be repurposed for a variety of sporting and entertainment events. The brainstorming sessions of “what else can fit?” led to the conversations around soccer.

"When the City of High Point began the catalyst project several years ago, the hope was that this would spark more private investment in our downtown, which would lead to an increased revenue base for city services as well as there being more vibrant activity," says Councilman Cyril Jefferson. He explained that in conjunction with the Carolina Core FC leadership team, the City studied how soccer will add to the engagement of our city and beyond to the whole Carolina Core. 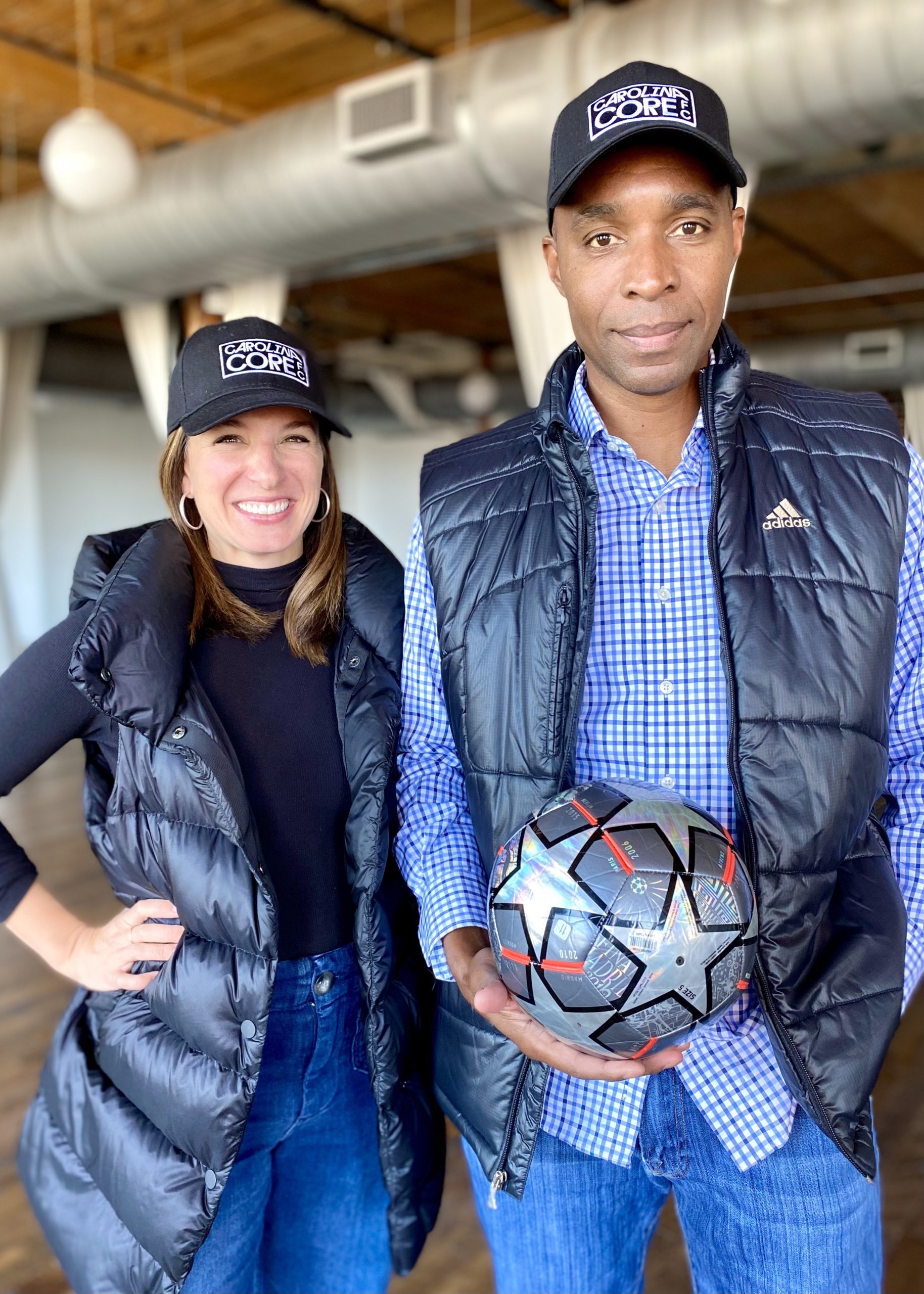 "Our city has always benefited from and contributed to the success that is felt throughout the entire Carolina Core region," Councilman Jefferson adds, "and we believe that the joys and triumphs of a professional soccer team will be great for everyone to experience even if they're not from High Point."

With people traveling from around the world to join the team, soccer is truly an international sport. But the decision to make this team central to the Carolina Core means that people from 12 different cities will be making their way to our city, High Point, to unite for one common reason: cheering for CCFC!

And what is MLS NEXT Pro?

Every team in Major League Soccer (MLS) has a second team or a “two team” which plays in MLS NEXT Pro. The two team is affiliated with an MLS team (like Charlotte FC). But now, MLS NEXT Pro is welcoming unaffiliated or independent teams, which is what Carolina Core FC will be. While CCFC had the chance to be affiliated under Charlotte FC, the leaders believed it was in the best interest of our city and the team to be independent.

“You can’t be an independent community asset if your players don’t train here,” explains Evan, noting how being unaffiliated means that Carolina Core FC will be able to focus uniquely on player development.

“We want to actually work with the player as a person,” notes Andy. “This program will create great people, not just great soccer players.”

Which led to another question...

What does this mean for youth sports in High Point?

Everything! One of the goals for Carolina Core FC is to actually build a player pathway that starts at the youth level. Since there is such a focus from the Carolina Core FC leaders to develop strong citizens who are incredible soccer players, the club wants to start at the youth level with the goal to develop student soccer players in High Point into collegiate or professional players.

Eventually it may even mean that a player developed from right here in High Point ends up playing in Europe or even for a U.S. World Cup team one day.

“The more we can do in the community at that youth level, the more we grow the player base here,” says Evan. “We’ll keep building up the next core group, until it’s bigger and better – and then the U.S. wins the World Cup!” 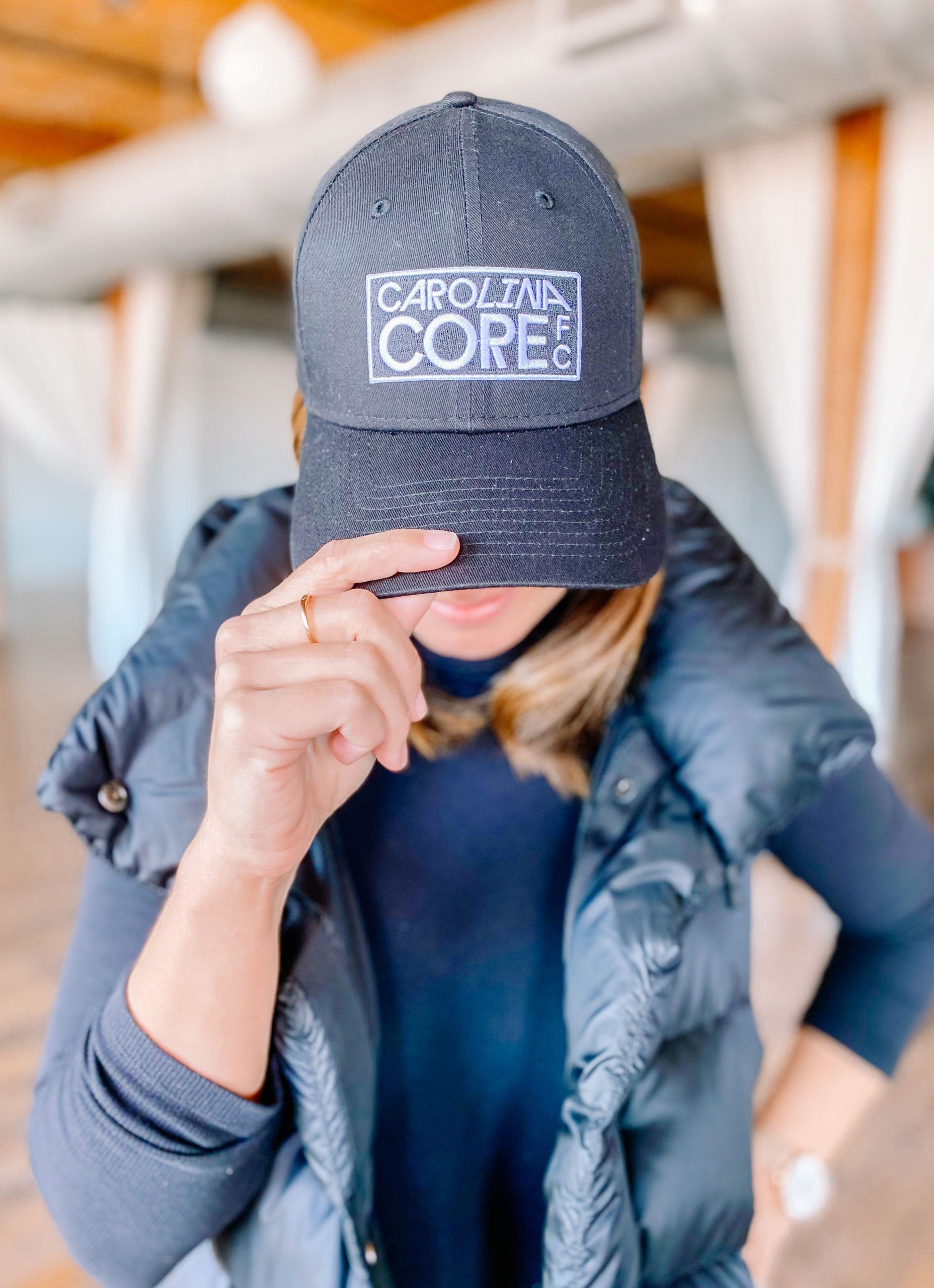 What kind of experience will Carolina Core FC bring to High Point?

“Soccer is not just about the game,” says Andy, “it’s about what happens before and after the game.”

While most Americans are familiar with the concept of “tailgating” before a football game, Andy and Evan say that soccer takes pre- and post-game celebrations to a whole new level. Breweries, bars, and pubs are a huge part of the before-game camaraderie. In fact, Supporter Groups – the raving Carolina Core FC fans who get fan seats behind the goals, lead chants and songs, and bring the energy to the games – are encouraged to start game day in the city and then march to the match.

During the game, the energy level is expected to hit a fever pitch – as MLS prioritizes a fan-based experience that brings pride and excitement to all in attendance.

Where can I get tickets?

How can I stay up to date on what’s coming for Carolina Core FC?

The team will officially begin its inaugural season in 2024, but between now and then, High Point Discovered will be your go-to spot to learn about all things behind the scenes and upcoming about Carolina Core FC! From team profiles, to team colors and team crest launch, to youth sports, to Supporter Group insider knowledge – we’ll keep score of everything there is to get hype about for High Point’s new sport!

Follow us on social media to stay up-to-date on all things Carolina Core FC! And get ready to shout, “GOOOOOAAAAALLLLL!” right here in High Point, NC!