February is when we celebrate Black History Month, a time dedicated to honor all the accomplishments and contributions that African Americans have made throughout history. At High Point Discovered, we had the privilege of talking with High Point native, Glenn Chavis, a local historian and writer about the rich history of African Americans in High Point. Along with his writing, Chavis now volunteers his time at High Point Museum on the collections committee and also gives walking tours of historic Washington Street. 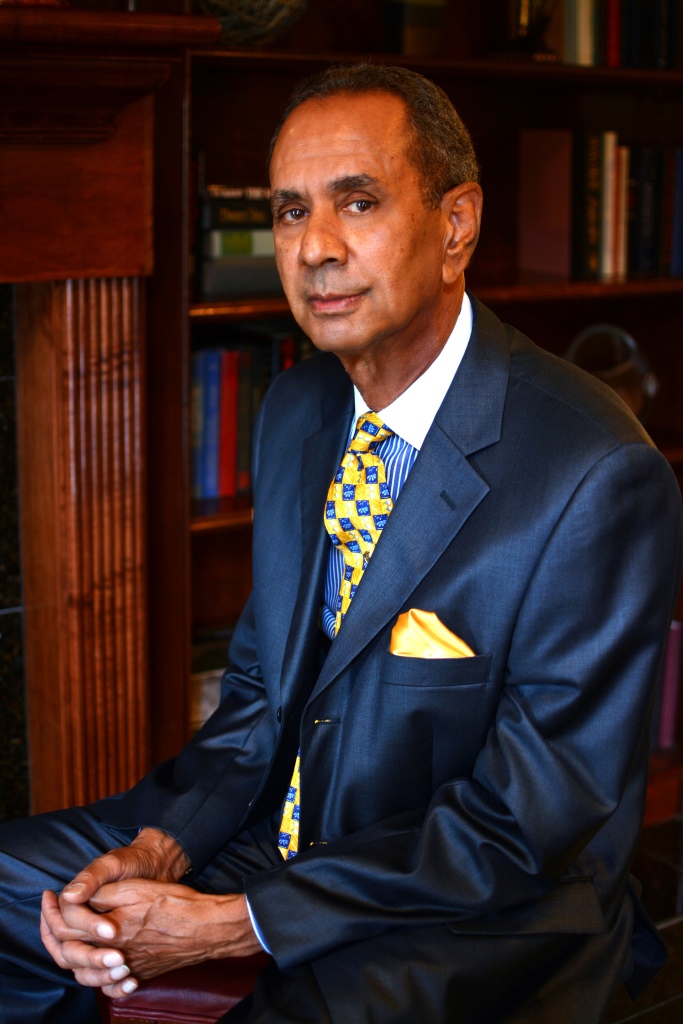 But this journey of discovering and celebrating the history and contributions of the African American community in High Point isn’t something new for Chavis. It started in 2000, when he retired and decided to begin studying his family and genealogy.

He went to the High Point Public Library and asked for books on the history of High Point. But Chavis was sorely disappointed when out of the four books the library gave him, only one mentioned anything about African Americans in High Point.

“I didn’t understand how you could write a history and exclude a people,” he says, recalling the anger he felt that day. He shared those frustrations with his son, who wrote the word, “history,” and circled the “his” part. Chavis’ son pointed out that everyone tells the story of history from his or her own point of view.

“Why do we expect other people to write about us?” Chavis’ son asked him. “That’s what we need to do!”

That moment set Chavis on his 18-year “adventure” of finding and locating history regarding the African American community in High Point. And along the way, he found what he calls “the good, the bad, and the ugly,” intertwined in the history of High Point.

When Chavis began his historic odyssey, he wrote essays on his own family’s memories and history in High Point. When one of them was published and won an award in a contest, he was given the opportunity to write for a local newspaper. Having retired from the pharmaceutical sales industry, Chavis made it very clear he had no interest in starting another full time job as a writer.

“I never want to meet another quota as long as I live,” he told one paper editor. “And I don’t want to use another word over 10 letters… Anything I write is going to be nice and simple!”

So Chavis did just that. He began by taking simple memories from his childhood or the stories from his family, conducting research around them. But as he did, this project took on a life of its own, unearthing an entire world of history surrounding the African American community in High Point.

“Coming across all these jewels… and accomplishments in my own community… Wow, what a treasure chest! It was like being at Disney World!” Chavis declares. 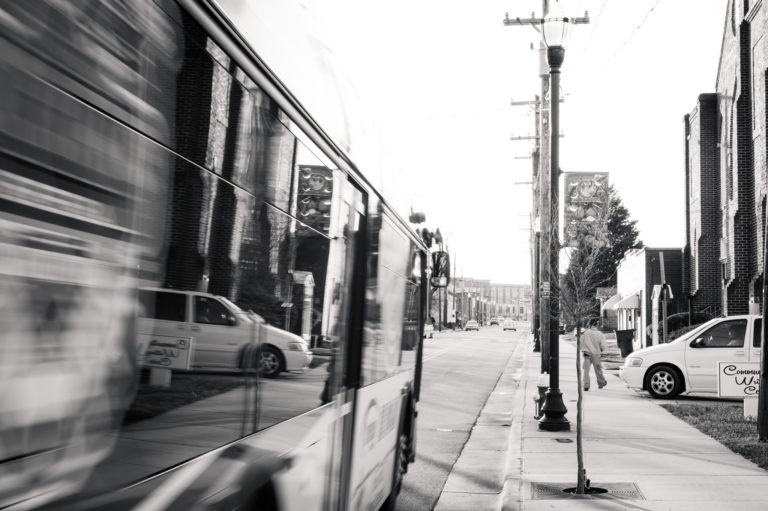 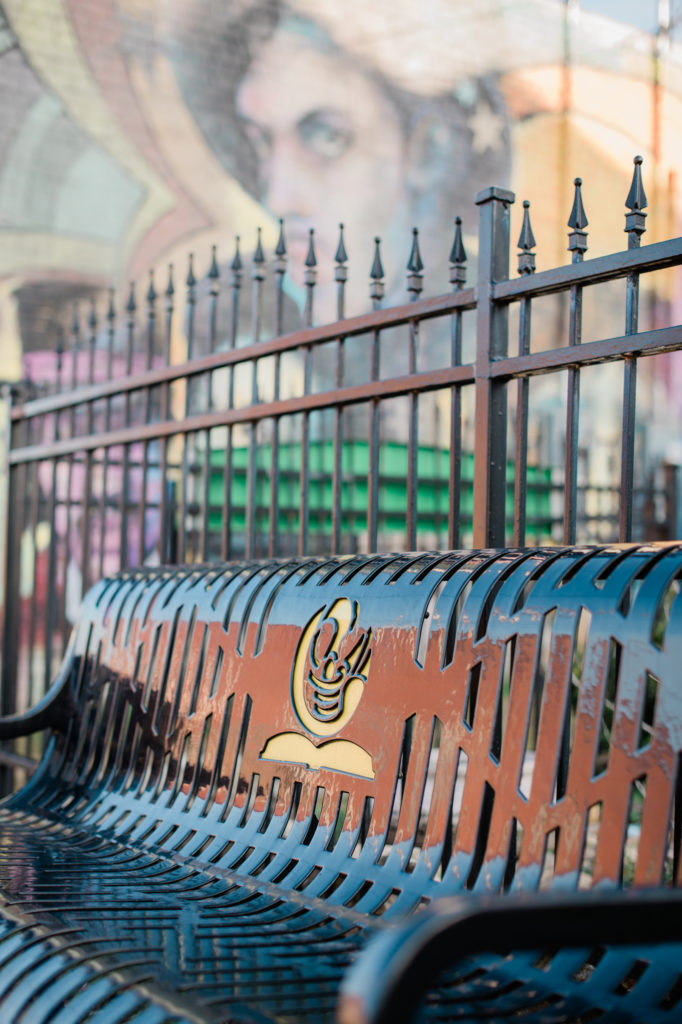 His writing and research eventually led him to a partnership with High Point Museum, where he has written two books of an ongoing five-book series on African American history. Through the museum, he also began his now popular walking tours of Washington Street.

Chavis’ tours begin at Washington Street and Centennial and end at the top of the hill at William Penn High School, where Chavis himself attended. Along the tour, Chavis points out every corner and crevice of Washington Street, and encourages his tour participants to engage with the past.

“I want you to visualize what was on this vacant lot,” Chavis says. He points out everything: the first Black school, a Putt-Putt course, a skating rink, a post office, a malt shop, three hotels, and Burrus Memorial Hospital which would treat patients of color (and eventually became High Point Regional Hospital).

“Everything you could need was on Washington Street,” Chavis says. Along the way, he conducts his tours with honesty, humor, and sincerity.

He recounts how easy it can be to want to hear the good in the community and ignore the bad. For example, some don’t want to acknowledge the use of slaves in High Point, the selective racism in historical documents, or the city ordinances that mandated the forced segregation that led to Washington Street’s community.

But Chavis has read every city council record from High Point’s founding in 1859 to 1970, and he says you can’t fool him. He is the first to acknowledge the truth of High Point’s past, both the good and the bad.

“We helped build High Point,” Chavis explains about the African American Community. “We did all the grunt work.” Many of the Works Progress Administration projects done in High Point were staffed by African Americans from other cities and states. These workers built well-known areas in High Point like City Lake Park and helped pave many streets. And often, these workers stayed in High Point, boosting the economy and becoming an integral part of the community.

Chavis also points out work African Americans did to power endeavors like the lowering of the train tracks and the work done at Piedmont Hosiery Mills.

“Those buildings didn’t create steam so people had it when it opened at 7am. People like my grandfather went in at 4am so people would have steam. We can’t overlook those contributions.”

Now, he wants to give back by acknowledging all the contributions that his community made to founding High Point.

“It’s nice to be able to showcase a community, and what we had in terms of contributing to High Point,” says Chavis.

He attributes his inspiration to those in his community – parents, teachers, and principals – who made his life possible. He tells the story of his principal at William Penn High School who personally ensured that Chavis enrolled at Immanuel Lutheran Junior College, to finish out his high school diploma after he got married.

“I owe so much to my parents, to my teachers – all except one!” he laughs. “My community the whole time… supported me. And I never thought that one day I’d be doing this.”

But Chavis wants that same attention to truth and honoring historic legacies to be part of all in the High Point community.

“If you don’t know where you came from or its beginnings, you’ll never understand where you are now or where you’re going,” he says.

“This is your history. This is our history… This isn’t just black history, this is High Point history.”

If you’d like to join Mr. Chavis on one of his tours of Washington Street, you can join him on the second Saturday of every month at 8am, April through October. The tour groups meet at the Changing Tides building at 613 Washington St.

Voices Discovered is a series where High Point Discovered asks questions to High Point business leaders and entrepreneurs to share their view. Consider it a peek into the heart and soul of our local businesses. We hope you will be inspired to investigate more. Past guests have included Joe Hubay and Kelle Yokeley.

Due to scheduling conflicts our photographer was unable to take photos of Glenn Chavis. Thank you so much to High Point Museum for the wonderful image of Glenn Chavis for us to use.