Many of us dream of turning our passions into something that impacts our world. For Christian Davies, that passion is biking. When the Davies family moved to High Point from Seattle, Washington in 2017, Christian found out that the bike scene here wasn’t quite what it had been on the west coast.

We’ve always gone downhill biking,” Christian explains. “The scene in High Point isn’t what it was in Seattle, but it’s up and coming.”

As he looked for ways to engage the bike scene in High Point, Christian was simultaneously wondering how else he could serve in his new home. He says the move to High Point was a good one for his whole family, so the Davies began to look for more ways to connect to their city.

The Davies family joined Community Bible Church in High Point, and Christian began asking himself what his calling would be in the city. While he moved to High Point for his career, he knew his life here had to be more than his day job.

“I wanted to be a part of the community,” he explains. “As a Christian, there are a lot of reasons why we should outwardly show our faith. We don’t want to just go to church, come home, and sit on our couches and become consumers.”

While at Community Bible Church, Christian met Steve Key, the executive director at Open Door Ministries. With that connection, Christian asked if something he was already passionate about – biking and bike repairs – could make a difference in someone’s life in High Point. 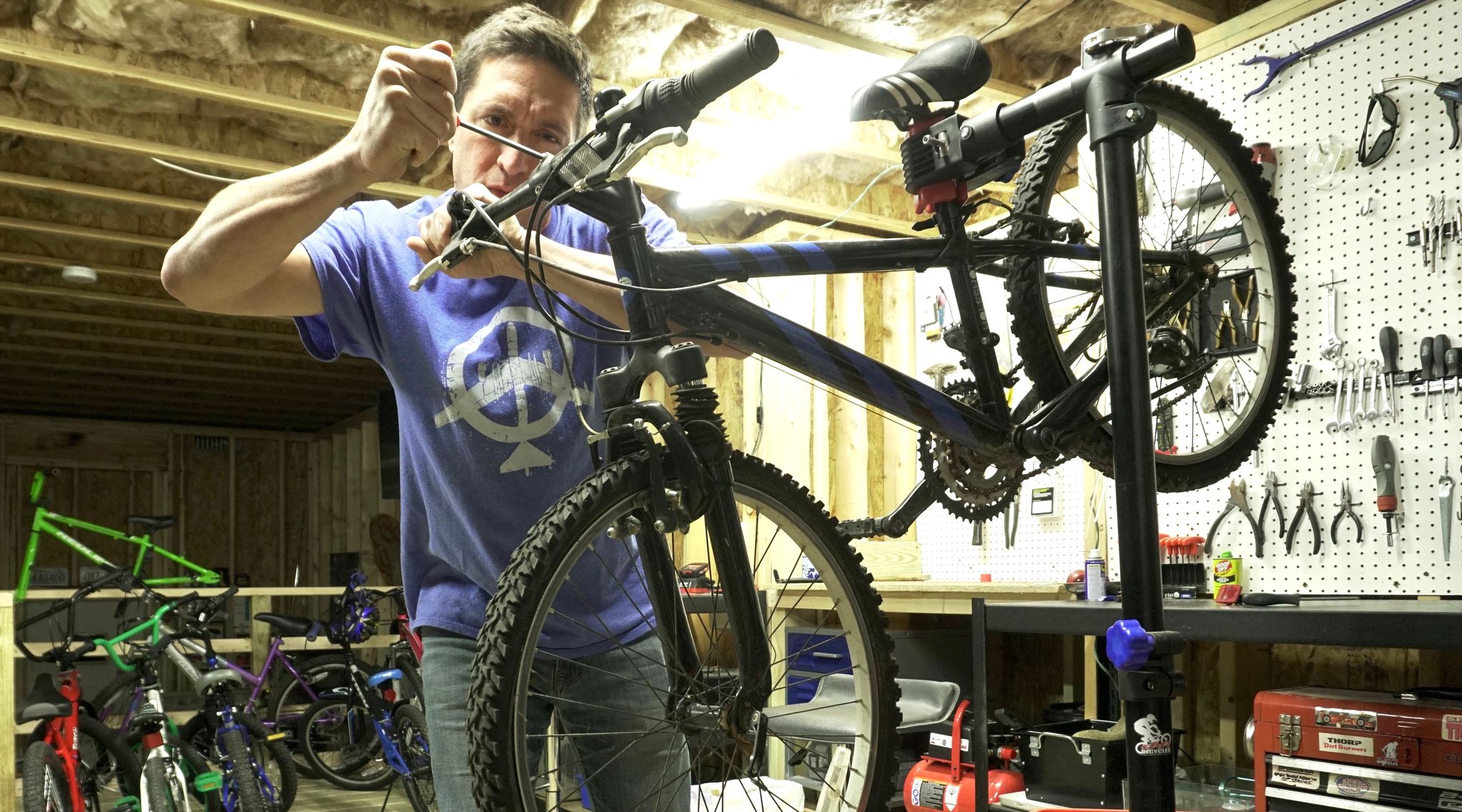 Christian asked Steve if some of the members of the homeless community in High Point could use bikes to get to and from their jobs. The answer was yes, so Christian set to work restoring old bikes to give to those who need them most.

“Word got out that I take donations for bikes,” Christian says, but soon, he was receiving a surplus of children’s bike donations. “And those won’t work for the men from Open Door,” he jokes.

However, Christian wasn’t deterred. Instead, he saw yet another opportunity. He began repairing men’s, women’s, and children’s bikes with the plan to make them freely available to anyone who might need a bike. As a dad, Christian has a special affinity for the bikes he repairs for kids.

“The youth bikes are near and dear to me with two kids,” he says, “and I like that this is a way for kids to exercise and move their bodies.”

With the impact of COVID-19, Christian finds it even more important to give bikes to kids whose parents might otherwise be unable to give them a bike. He knows it is a socially distant way for kids to enjoy the fresh air and socialize during all the stress of the pandemic.

Partnering with Bicycle Toy and Hobby in High Point, Christian gets loose parts and reduced rates on the materials he needs to complete these repairs.

“I’m pretty careful with the work I do,” Christian explains, noting how crucial Bicycle Toy and Hobby has been to making the bikes the best they can be. “I don’t just run them through a car wash and give them to the community.”

With repaired kids’ bikes on hand, Christian ran into another obstacle: locating homes for the newly repaired bikes. With the varying sizes of youth bikes, Christian matches each bike to the right-size child who could safely use it. While word-of-mouth about the project was helpful, Christian knew that in order to make the most of his endeavor, he would need to find other High Point community members to partner with.

Enter another High Point changemaker, Lisa Hawley, founder of Feeding Lisa’s Kids. Christian’s wife had volunteered at Feeding Lisa’s Kids and suggested they reach out to see if Lisa would be able to make connections with families who could most benefit from the bikes. And once Christian and Lisa were connected, the impact doubled.

“Lisa and I were blowing each other up with text messages!” Christian laughs. Soon, bikes were being placed in homes that needed them most, and Christian realized he had started something bigger than he originally planned. This means Christian needs all of us in the High Point community to work together to make sure the impact can continue.

“My family, friends, the community… are all involved in some way,” he explains.

So how can you help? It’s really two-fold. Number one is donating old bikes that you or your kids no longer need.

“When you’re clearing out the garage, you can actually give back,” Christian says, “instead of trying to make $20 on Facebook Marketplace.”

The second way you can help is by finding homes for these bikes. If you know a family in need this Christmas who could use the gift of a bike, you can contact Christian for more details. Even better, Christian isn’t going to stop bike repairs after the holiday. He envisions this ministry turning into a year-round project.

Because for Christian, giving back with his time and talents isn’t just something that happens during the month of December: it’s something he is called to do all year. While he calls his contribution just a “small snippet” of what he can give back, we can’t help but be inspired by his determination to take a hobby and use it to cultivate good in our city.

“What the Bible tells me and my faith informs why I want to be involved,” Christian explains. “I can’t just hear what the Church teaches and leave.”

Instead, Christian has committed to asking himself a simple question we can all ask ourselves:

“How can I use my God-given talents and expertise to impact the world and our community?”

It may be as simple as baking, decorating, dog walking, gardening, painting, playing a sport, or restoring bikes. But we believe that when our community works together, even the smallest efforts can be a catalyst for good.

If you want to donate a bike or help place a bike with a family, you can find Christian on Facebook. He can also be reached by email at cdaviesaz@gmail.com.