High Point is home to many outstanding students. And one that we think you should meet is sixteen-year-old Isaiah Tatum. This T.W. Andrews student is the band drum captain, a National Honor Society member, and an up-and-coming entrepreneur.

And although it wasn’t without hard work that he has achieved so many goals, when he was growing up, his family knew he was destined to be a musician.

Isaiah and his mother, Jamie, recall how he used to watch the movie, Drumline, constantly.

“I think we went through three or four DVDs,” Jamie laughs. Coming from musically-talented roots, Isaiah’s family always supported his passion. His grandmother used to give him the rods from the bottom of old coat hangers to use as drum sticks.

“He would beat on cereal boxes,” his mother, Jamie laughs. “It was the coat hangers that did it!” 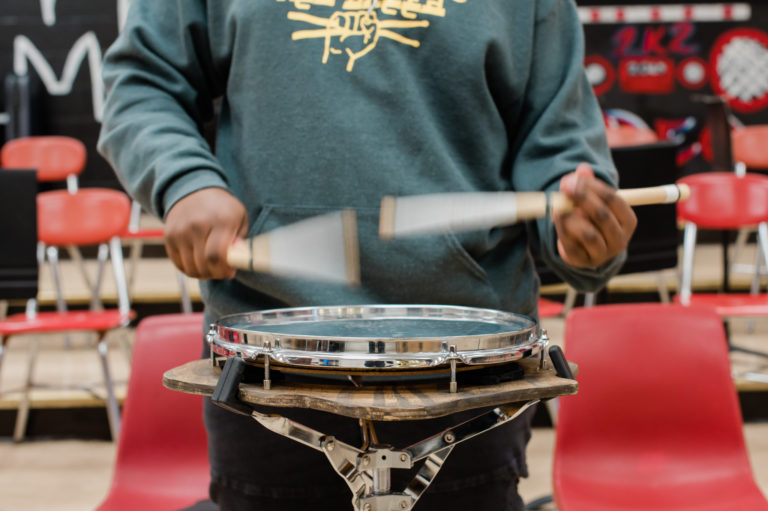 By eighth grade, Isaiah had started marching band. When he started high school at Dudley High School, he got the opportunity to go to N.C. A&T State University’s, Step Show Battle and Band Blowout. It was there he met Cyril Jefferson, the Communities In Schools site coordinator and student support specialist at Ferndale Middle School.

Cyril, an Andrews alumnus and interim associate band director at the school, noticed Isaiah’s talent right away. He encouraged Isaiah to consider transferring to Andrews to join the acclaimed Red Raider Marching Band. And in May of 2016, Isaiah began at Andrews training for their drumline. 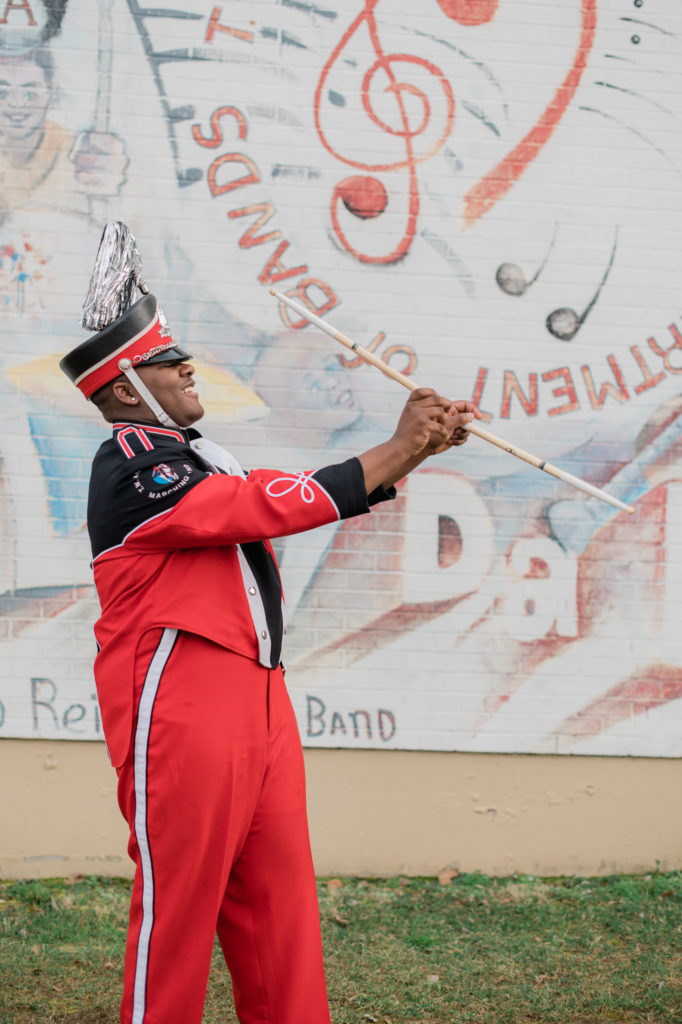 Almost immediately after starting in Andrews’ Health Science Academy, Isaiah found that he made the right decision.

“I fell in love with the community and the school,” Isaiah says. “People would never push me away. I felt like I had a second family.”

The Andrews band program is rigorous; there is no “out of season” for the students. But Isaiah and Jamie both credit the music program and the directors at Andrews to many students’ successes and a strong community. Isaiah says that it was Cyril, and other leaders like him, who made the biggest impact on his life. Cyril encouraged him not only to be a better drummer, but a better person. 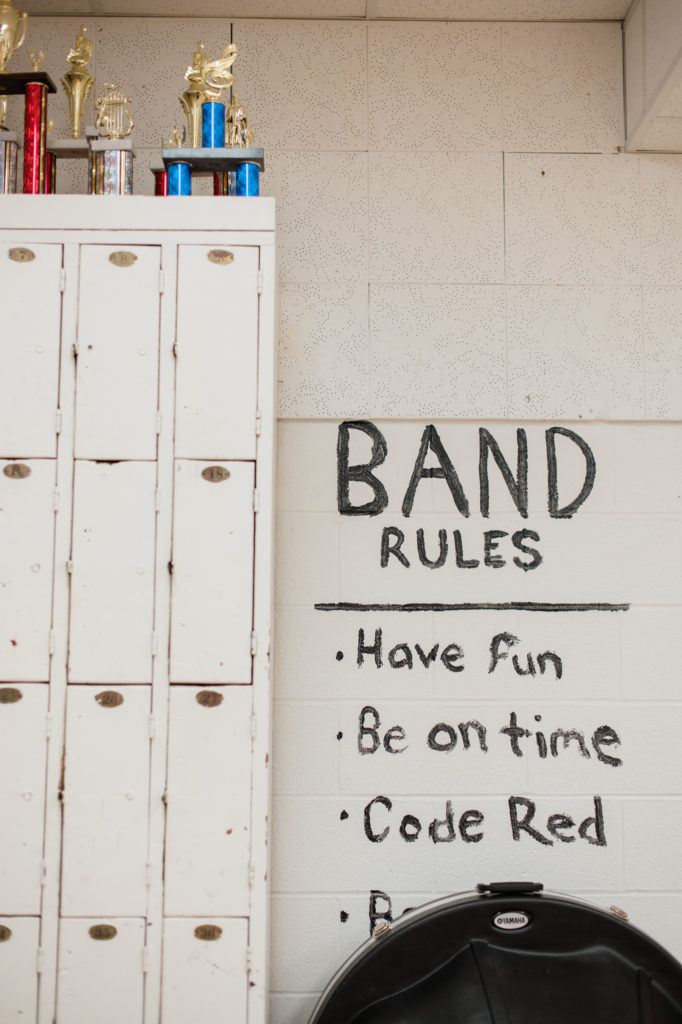 Through the band and Cyril’s influence, Isaiah found himself heading towards competitions. One specific competition he attended in Virginia last year changed his life completely.

Although Isaiah can play any drum, as primarily a snare drummer, he had the opportunity to compete in a solo round at the competition. He practiced every day leading up the competition for so many hours in the Andrews band room, that the staff would have to ask him to leave at the end of the day. 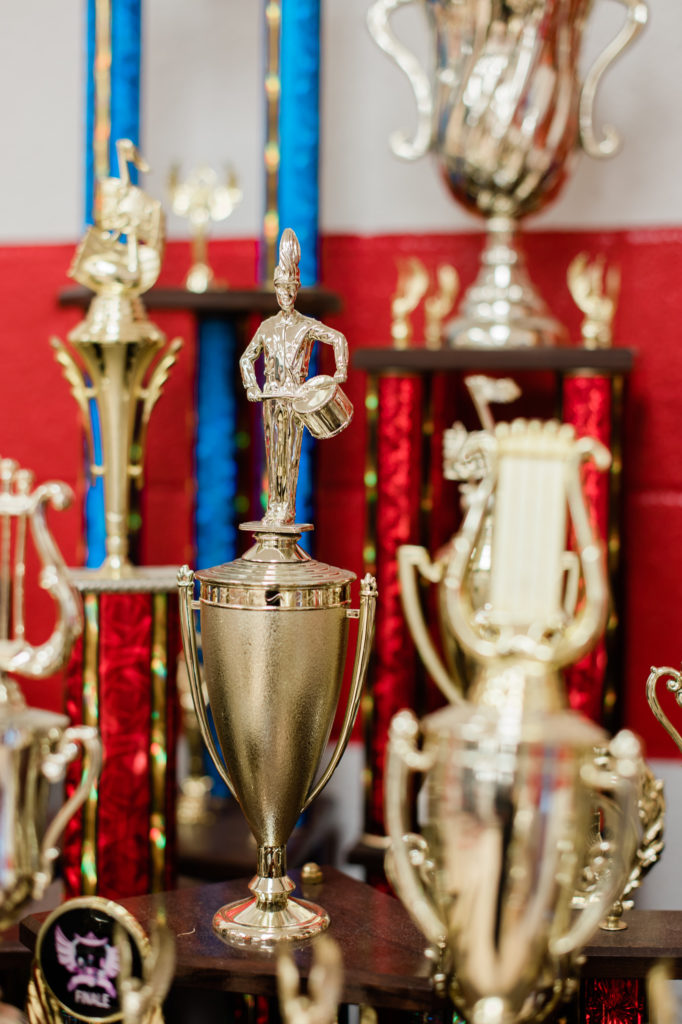 “Even on the way up to Virginia, people were like, ‘stop drumming!’” Isaiah laughs, remembering how he practiced his solo on the bus for hours. His solo was the second to last entry in the competition. He had spent the morning building his confidence and mentally preparing to wow the judges and the college scouts in the audience. Jamie, who almost didn’t come to the competition, drove up to Virginia at the last minute to bring her son a drum stand and got to witness his solo.

When his name was called, Isaiah stepped out with confidence.

“I just did what I knew to do,” he says. His performance brought the house down, and he became the clear winner of the competition.

“I’d never seen him play to that magnitude,” Jamie says.

But that attitude of dedication doesn’t stop with his music. Isaiah is determined to be the best individual he can be in every field. He isn’t content to just blend into the crowd. 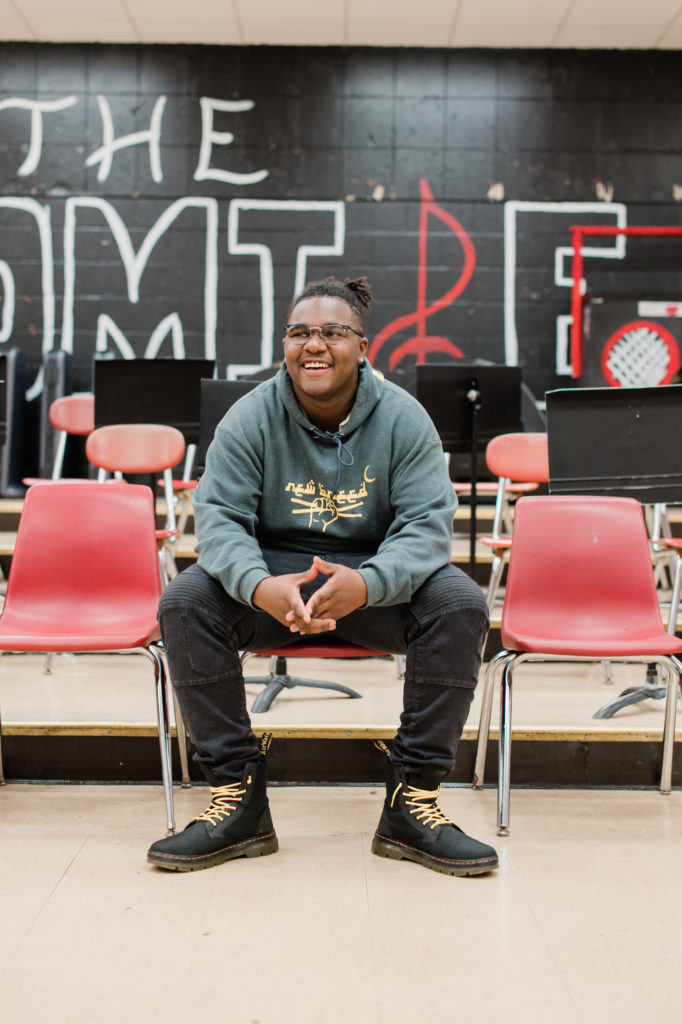 When he decided he wanted to try making his own tee shirts so he could wear something no one else had, he was surprised by the response. Peers began asking him if he had a tee shirt business.

“I guess I do!” Isaiah says. “I just started off with a vinyl cutter and an iron.”

Now Isaiah’s tee shirt business is just the tip of his entrepreneurial iceberg. He discovered an even deeper business passion in a product that combines his love of an original business idea with music: drum pads.

Drum pads, which cover a drum to dampen the sound and still allow for practice time, are often sold by big music companies for a high price. And Isaiah decided he could make the same product in a more creative way and at a more affordable cost.

“I want to make quality products in a great amount of time,” he explains. He has designed several different shapes of drum pads, innovating beyond the basic round design.

“If you want something natural and free, you can make that!” Isaiah says.

“He looks at things and says, ‘I can just make my own!’” his mom says, speaking to her son’s true creative identity.

Isaiah produces the drum pads from scratch, doing everything from rubber cutting to sanding, to staining and painting.

“What teenanger asks for a sander for Christmas?” Jamie laughs.

It’s clear when talking to Jamie and Isaiah, that they both mutually inspire each other. 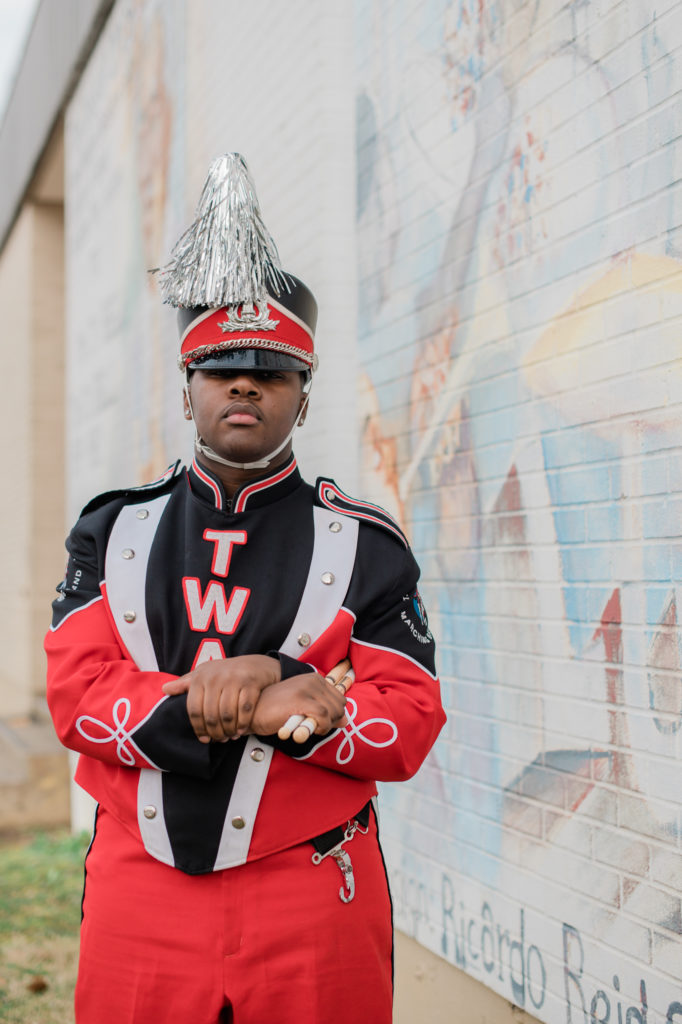 While Jamie says their life hasn’t been easy, she’s seen her son work that much harder for what he has. She says she loves and respects who her son is as a musician, but even more so as a person.

“If things had been done differently, he wouldn’t be who he is today.”

Jamie has been willing to move cities, drive over thirty minutes each day, and work two jobs to see her son succeed.

“I want him to have everything he deserves,” Jamie explains. Although she mentions how, when she’s working her first job in the early morning hours, worries come to her, Isaiah never disappoints.

And Isaiah says it’s his mom’s dedication that keeps him motivated.

Isaiah’s next step is attending N.C. A&T State University after graduating from Andrews next year. Although many schools have reached out to Isaiah for scholarship opportunities, A&T is a family school. Isaiah says he’s grown up dreaming of one day being an Aggie.

“The other schools don’t have my heart,” he says. He plans to invest himself — heart and mind — into A&T, majoring either in music or business, and continuing to build his businesses.

Although Isaiah hasn’t decided exactly what career path he wants to take, he knows he wants to make an impact.

“I want to be seen differently,” he says. “I want to help one person every day.” He hopes that as he builds a staff and bigger inventory for his company, he can use his business to invest back into schools in his community.

“I see myself having an impact on the younger generation,” Isaiah explains. He has considered becoming a percussion instructor for this reason. “What Cyril did for me, I want to do for other kids.”

And everyone who knows Isaiah know he’s going to change the world. Jamie knows that better than anyone.

“Whatever he does, he’s going to be successful,” she says. “I’m most proud of who he is today and every day.”

And we’re proud to call Isaiah Tatum one of our outstanding High Point students.